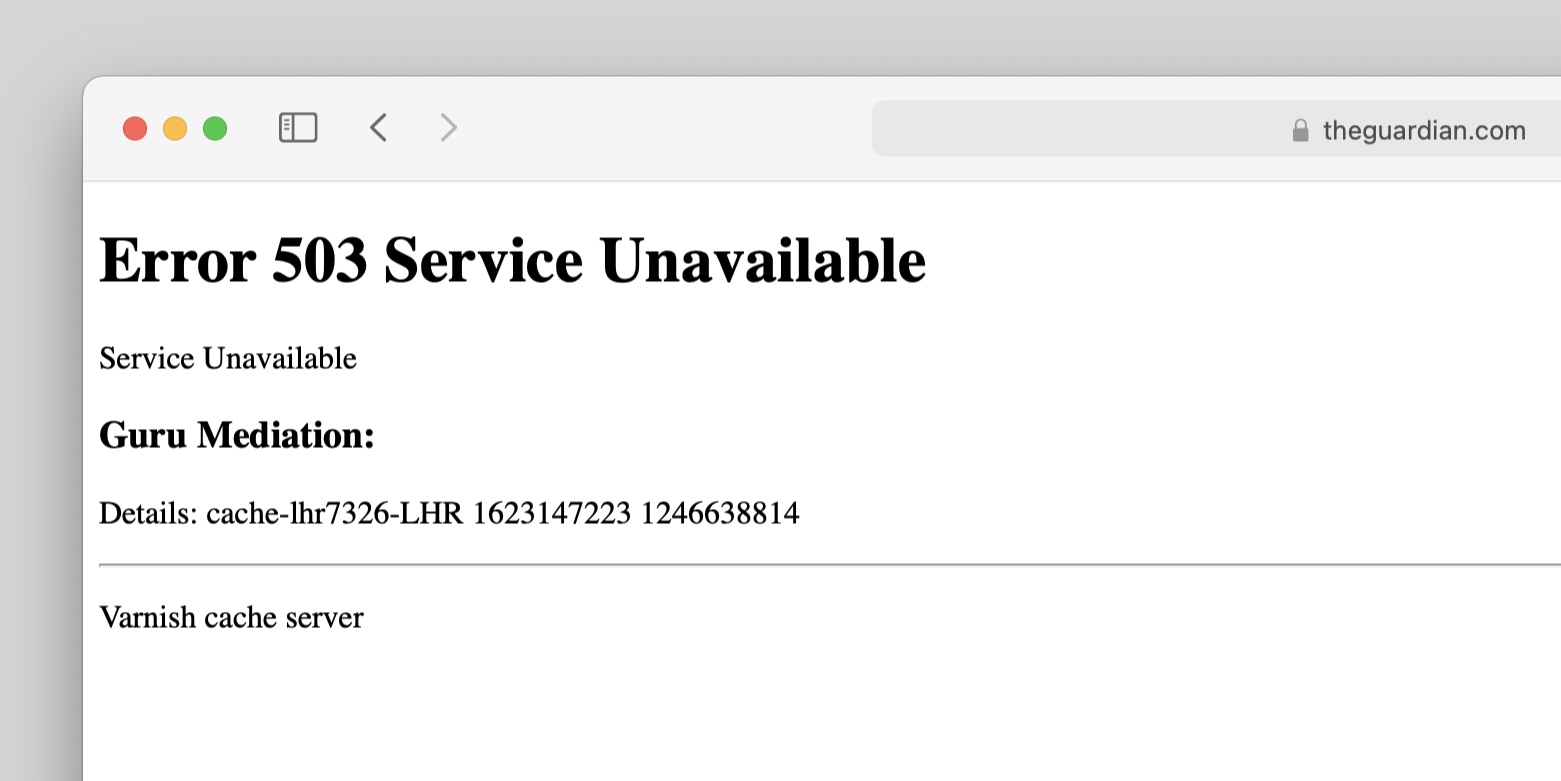 Update: Fastly says it has identified a fix and websites are gradually coming back online.

Many large websites are currently down due to a major CDN issue. The issue appears to be rooted at the Fastly CDN network.

Websites currently experiencing issues include Amazon, Reddit, Spotify, and The New York Times. Some websites are completely unavailable, whereas others are having issues loading assets like fonts or images.

A CDN is a content delivery network that caches data in localized regional servers, allowing websites to serve content faster. Only a handful of CDNs are capable of managing the traffic requirements of big sites, which means a lot of responsibility lies at the hands of very few centralized server networks.

Failures are generally rare, but when they do happen, they have wide-reaching implications as we are seeing happen right now.

A lot of commercial high-profile web-apps are impacted, including Twitter, Spotify, PayPal, eBay, Amazon and Reddit. The outages also extends to other important institutions including the UK government’s website. So far, it doesn’t seem like Apple relies on Fastly as its services have stayed up — Apple largely partners with Akamai for its CDN.

On the Fastly Status page, the company says it is currently investigating “potential impacts to performance with CDN services”.

For now, end users will just have to wait for the upstream issues to be resolved and the sites will gradually come back online on their own.