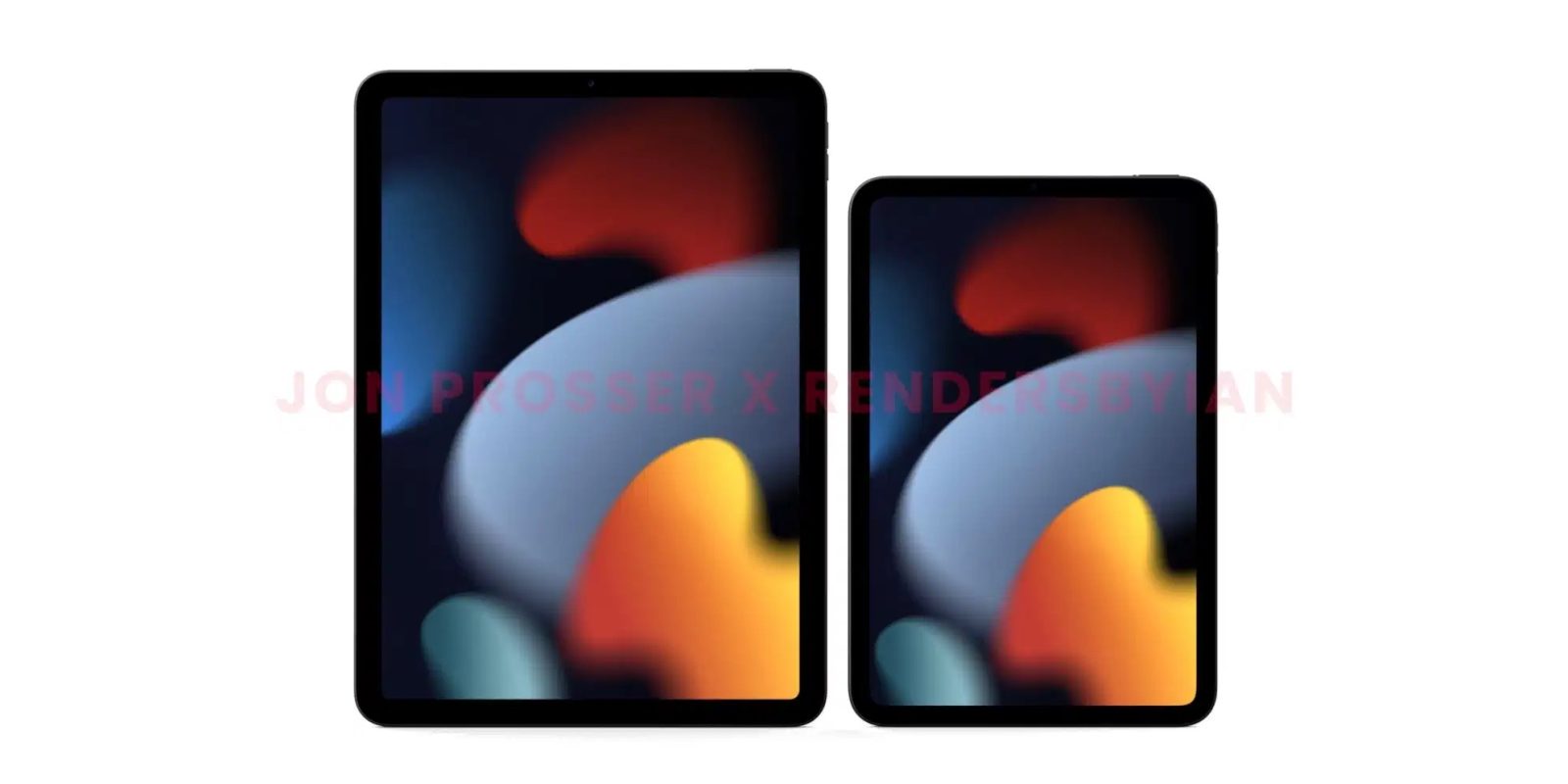 Prosser says that the sixth-generation iPad mini features almost the same chassis dimensions as the fifth-generation iPad mini. However, the design is radically new with the removal of the home button in favor of a Touch ID power button, larger display and proportionally smaller display bezels, as well as replacing the Lightning port with USB-C.

The current-generation iPad mini has a 7.9-inch display. As the overall chassis size of this new redesigned iPad mini isn’t changing, evidently customers will benefit from a bigger canvas. Previous reports have suggested the new screen dimensions are in the range of 8.4- to 8.9-inches.

Just like the iPad Pro and iPad Air, the new iPad mini has flat sides with a metallic finish. Prosser’s renders really do make it look like an iPad Air, just minified. It will even share the same A14 chip as the iPad Air, and the cellular model will offer 5G.

As Gurman first reported: yes, the home button has been removed in favor of a larger screen fitting inside nearly the same footprint as the previous iPad mini. In fact, I’ve been told that there’s only a 3mm difference between the footprint of this new iPad mini, and the last. iPad mini 6 sits at 206.3mm x 137.8mm x 6.1mm

Prosser says the iPad mini will be made available in silver, black and gold color options. There may also be a smaller Apple Pencil accessory to go along with the release of the tablet. Both Bloomberg and Prosser’s reporting indicate that the new iPad mini will be released before the end of the year.