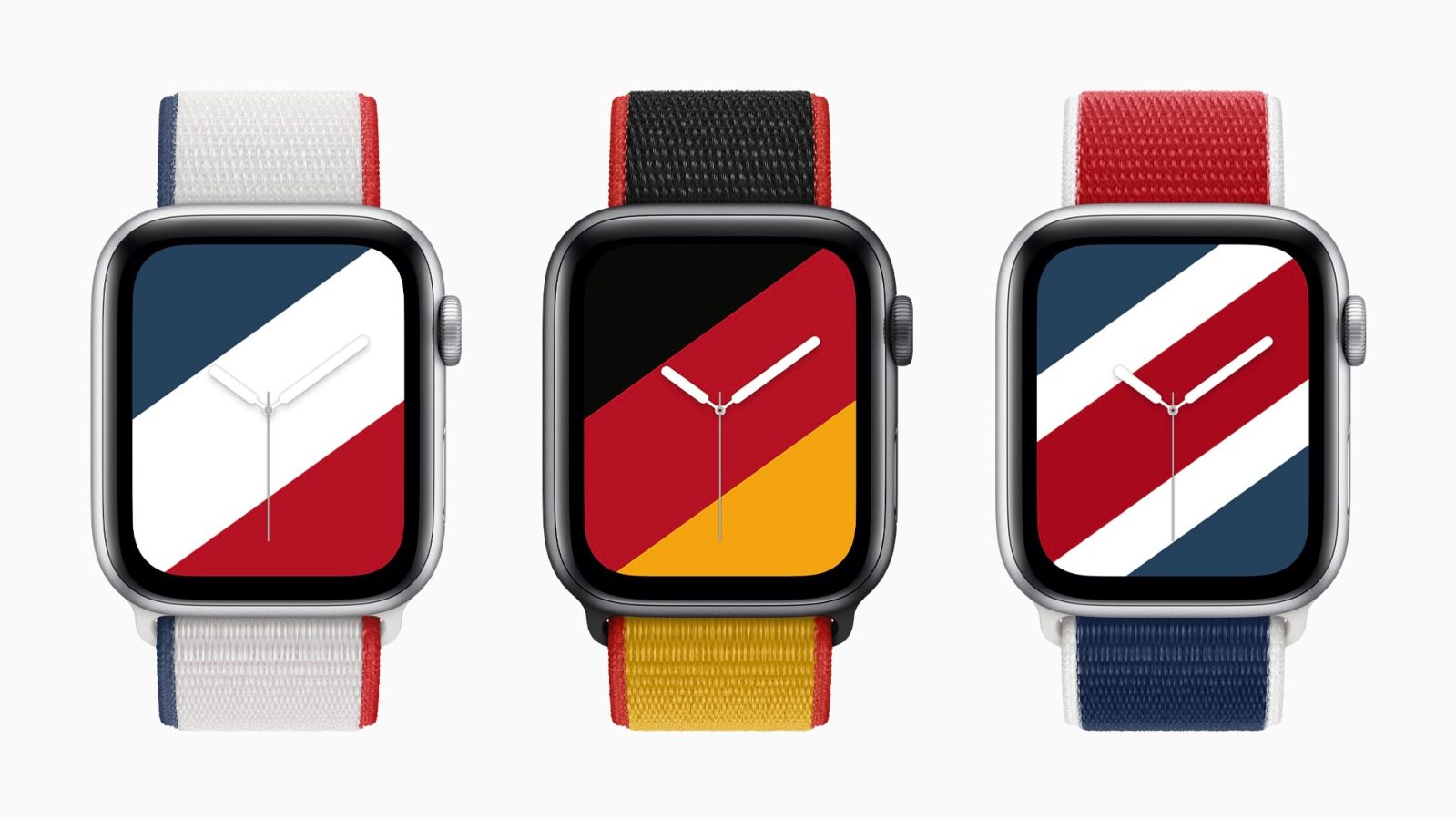 Apple has announced a new collection of Sport Loop bands for Apple Watch today, with accompanying watch faces to go with them. The new Sport Loop bands feature “bold designs that represent 22 nations around the world,” and they come ahead of the Summer Olympics being held in Tokyo next month.

These limited-edition bands are designed to “celebrate the describable drive and competitive spirit of all athletes and fans.” Here are the countries represented by the new bands:

Each band also features a matching downloadable Stripes watch face that showcases the color combination of the band directly on your watch face.

Apple also says the Stripes watch faces will be available to download soon from Apple.com for all users with the Apple Watch Series 4 or later.

This is the second time that Apple has sold limited-edition watch bands for the Olympics. In 2016, Apple sold a set of Apple Watch bands that depicted the flags of 14 different countries, but they were only available to buy in Brazil at the Apple Store in Village Mall in Barra da Tijuca.