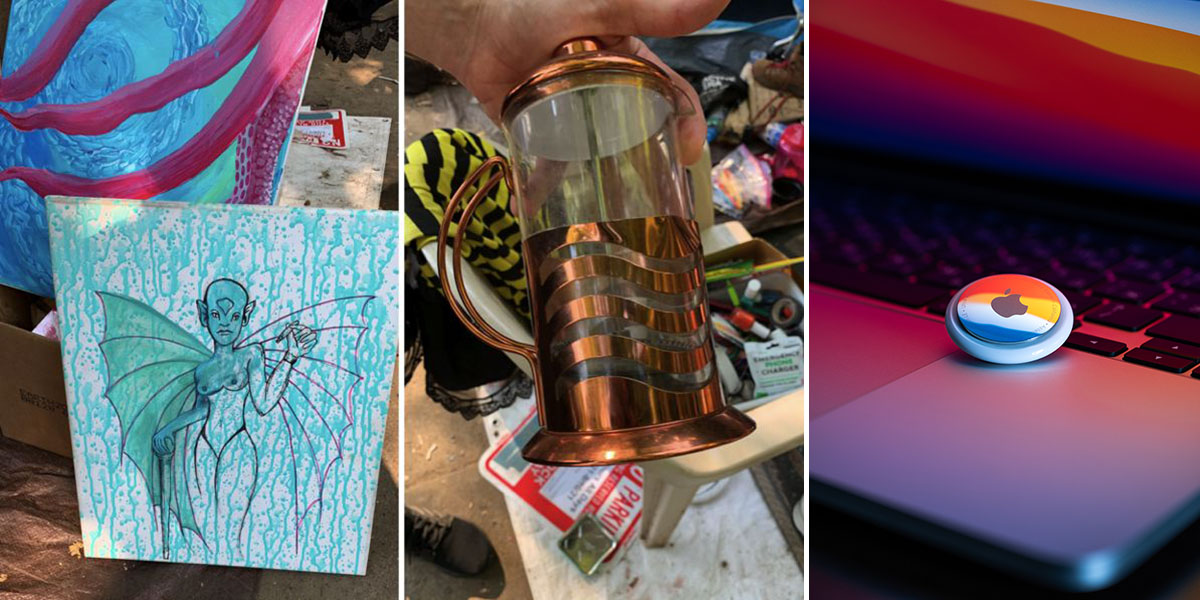 A Portland lawyer used AirTags to track homeless people’s belongings, to prove that they were being illegally trashed by city contractors.

The possessions tracked included a speaker, two paintings, and a coffee press …

The Portland Tribune reports that when the city clears unofficial campsites used by homeless people, it is supposed to safeguard the property for a month – but the AirTags proved it wasn’t doing so.

A local lawyer claims he has ironclad proof that belongings taken during a recent campsite sweep in Portland were unlawfully dumped in the trash.

Michael Fuller, who made a last-ditch legal maneuver last week to halt the clearing of tents from Laurelhurst Park, says he surreptitiously attached Apple AirTag tracking devices to 16 personal items with permission from several campers ahead of the clean-up by city contractor Rapid Response Bio Clean.

Now, Fuller says, the wireless location signals show some of those possessions — including a pair of gloves, a speaker, two canvas paintings, and a french press — ended up at the Recology Oregon waste transfer station […]

Under Oregon law, Portland is required to collect and retain all property that is “recognizable as belonging to a person and that has apparent use” when cleaning up homeless encampments, according to OPB. The confiscated material is stored in a warehouse for 30 days, unless such items are unsanitary or have no obvious use. Fuller says the items were clean and useful.

It’s an innovative use of the affordable trackers.

Since AirTags rely on nearby iPhones for position reporting, there’s likely a delicious possibility of poetic justice here: The iPhones that reported their presence at the trash facility may well have belonged to the workers who took the possessions there.

Fuller says he hopes that the action will stop any repetition of the practice.