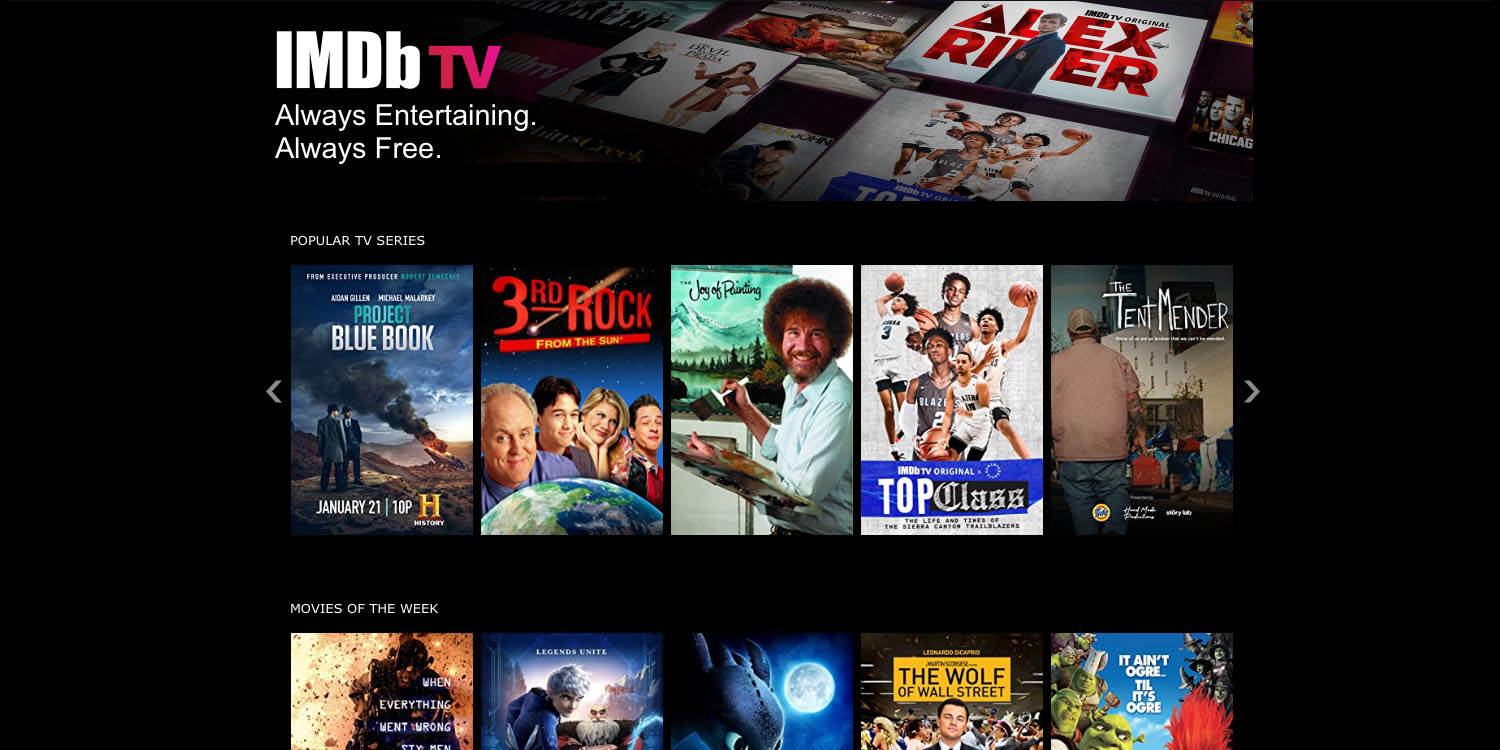 The apps mostly increase visibility of the platform, as access was already available through the Amazon Prime Video app – which is still the only way to watch it on an Apple TV. IMDb TV is currently only available in the US.

In addition, IMDb TV is available as an app on Amazon’s Fire TV and as a free channel within the Prime Video app across hundreds of devices.

Amazon-owned IMDb originally launched the free service as Freedive in January 2019, before redubbing it IMDb TV. The streaming service features a continually updating library of movies and TV shows, including popular titles like “Chicago Fire,” “All in the Family,” “Mad Men,” “Malcolm in the Middle,” “The Wolf of Wall Street” and “How to Train Your Dragon.”

Of course, there’s no such thing as free, so you will have to watch ads, but Amazon claims that there are only half as many as live TV.

If you’re more into movies than TV shows, there’s good news there.

Last month, Prime Video and IMDb TV announced an exclusive, multiyear licensing deal with Universal Filmed Entertainment Group. Under the pact, IMDb TV will get TV-window rights to Universal movies, making it the first AVOD service to have that kind of early access to a major studio’s films.

The IMDb TV app will be a free download from the App Store.