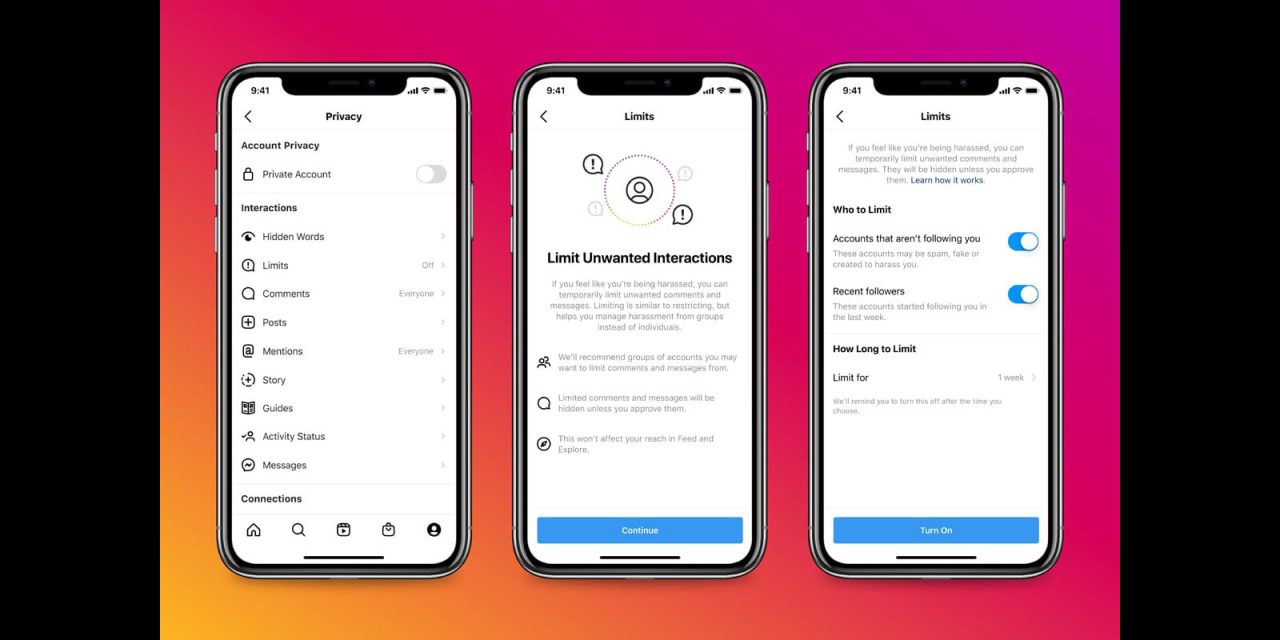 Instagram harassment made the mainstream news recently when Black soccer players were subjected to racist abuse after the recent Euro 2020 final. The social network has now announced a new feature to protect against this, and strengthened two existing measures …

Instagram already had two existing features designed to limit these attacks, and has boosted both of them.

Instagram aims to detect abusive comments before they are posted, which results in a pop-up alert to the author that their post may violate the network’s community guidelines. For a second or third post, they were warned that posting the message may result in their account being deleted.

The company says this was effective, with roughly half of users choosing to edit or delete their post, so the warning will now appear on a first offence.

Users in some countries could choose to automatically filter out direct messages which contain offensive words and phrases. The list is designed to detect racist, sexist, and homophobic comments, alongside other types of abuse.

Instagram has now rolled out the Hidden Words feature globally; expanded the number of keywords; and added a Hide More Comments option for even greater protection.

We launched this feature in a handful of countries earlier this year, and it will be available for everyone globally by the end of this month. We’ll continue to encourage accounts with large followings to use it, with messages both in their DM inbox and at the front of their Stories tray.

We’ve expanded the list of potentially offensive words, hashtags and emojis that we automatically filter out of comments, and will continue updating it frequently. We recently added a new opt-in option to “Hide More Comments” that may be potentially harmful, even if they may not break our rules.

By default, anyone can comment on any of your Instagram posts, whether or not they follow you. A new Limits feature will let you block posts and DM requests by non-followers, as well as those who only recently followed you. This is because many abusers follow an account specifically to post an attack.

Our research shows that a lot of negativity towards public figures comes from people who don’t actually follow them, or who have only recently followed them, and who simply pile on in the moment. We saw this after the recent Euro 2020 final, which resulted in a significant – and unacceptable – spike in racist abuse towards players. Creators also tell us they don’t want to switch off comments and messages completely; they still want to hear from their community and build those relationships. Limits allows you to hear from your long-standing followers, while limiting contact from people who might only be coming to your account to target you.

Limits will be available to everyone on Instagram globally from today. Go to your privacy settings to turn it on, or off, whenever you want. We’re also exploring ways to detect when you may be experiencing a spike in comments and DMs, so we can prompt you to turn on Limits.

Instagram says it will continue to iterate on its protections.