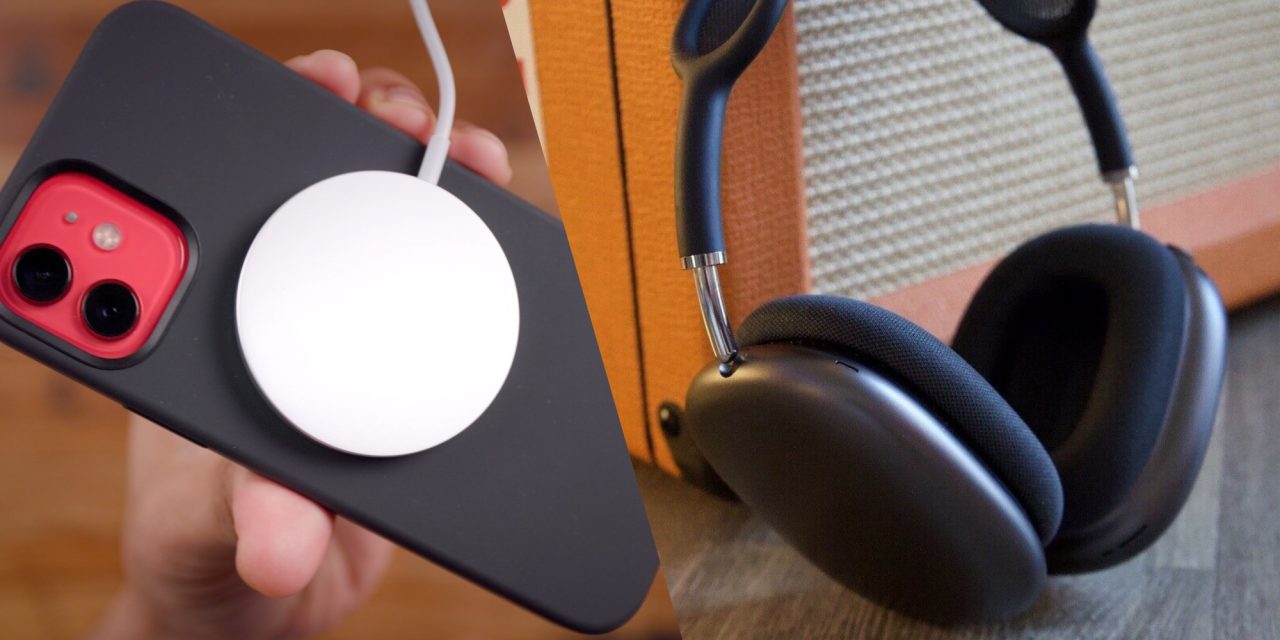 We’re heading into the weekend by highlighting all of the best discounts that are headlined by a 3-day Apple sale at Best Buy. That’s alongside the perfect chance to try out MagSafe at a discount, thanks to Apple’s official charger dropping to $29, as well as this Nike-style Apple Watch Band for $5. Hit the jump for all that and more in the latest 9to5Toys Lunch Break.

Best Buy is now ending the week with the launch of a new 3-day anniversary sale, discounting a selection of the latest Apple releases alongside 4K TVs, smart home gear, and more. Headlining all of the discounts is Apple AirPods Max for $470 in nearly all of the styles at Amazon and Best Buy. Down from the usual $549 going rate, today’s offer is one of the lowest we’ve seen to date and matching the second-best price at either retailer.

Apple’s new AirPods Max bring many of the features that have been staples in its true wireless earbuds to an over-ear design that’s backed by the H1 chip. Alongside stellar active noise cancellation and support for spatial audio, you’re also looking at 20-hour playback, Hey Siri support, and a premium design comprised of aluminum, a knit-mesh canopy, and memory foam ear cushions. We found them to be a compelling yet pricey offering in our hands-on review, though today’s deal certainly helps with the latter.

Finally try out MagSafe with Apple’s official charger at $29

Daily Steals is now offering Apple’s official MagSafe Charger for $29. Normally fetching $39, you’re looking at one of the lowest prices yet on the first-party accessory alongside 26% in savings and the second-best discount to date that comes within $1 of the all-time low.

MagSafe launched last fall as arguably the most defining feature of the iPhone 12 series devices with the ability to recharge your handset at 15W without having to plug in a cable. Magnetically snapping to the back of your smartphone, this charger provides all of the perks of a cable without the inconvenience of being tethered to the charger.

Laffav (100% positive all-time feedback from 3,000+) via Amazon offers this Nike Sport Apple Watch Band for $5. Shipping is free for Prime members or in orders over $25. Typically fetching $8, you’re looking at 30% in savings, with today’s offer beating our previous mention by $1 in order to mark a new all-time low.

Rocking a design inspired by Nike’s official sport band, this third-party offering gives you much of the same fitness-ready form factor for less. It features a colorful design made from a soft silicone material alongside the benefit of added breathability, thanks to a series of compression-molded holes throughout.

Amazon is offering the latest 2019 Apple iPad Mini Wi-Fi 64GB model for $315. This is an $84 discount from its normal going rate and marks a new all-time low that we’ve tracked. Apple’s latest iPad Mini offers a compact form-factor with a 7.9-inch Retina screen. Delivering an A12 processor alongside a M12 coprocessor, there’s plenty of power here to run most apps you can throw at it. Apple Pencil support means you’ll be able to easily take notes or sketch while on-the-go, and Touch ID is also in tow for biometric authentication. When we went hands-on with the iPad, we found it to be an exceptional option “when portability matters most.” Do keep in mind that rumors have placed a new iPad mini on our horizon, potentially launching as soon as next month.

Amazon is currently offering the Logitech Rugged Folio Keyboard Case for latest 10.2-inch iPad at $110. Having launched with a $150 price tag, we’ve more recently been tracking a $140 going rate with today’s offer saving you 22% in order to mark a new all-time low. If you’re planning to rely on an iPad for tackling study sessions and paper write-ups this fall semester, Logitech’s Rugged Folio delivers just the upgrade you’ll need. It features an integrated keyboard that pairs over the Smart Connector alongside a spill-proof design, added drop-resistance, and a folio to protect the screen.