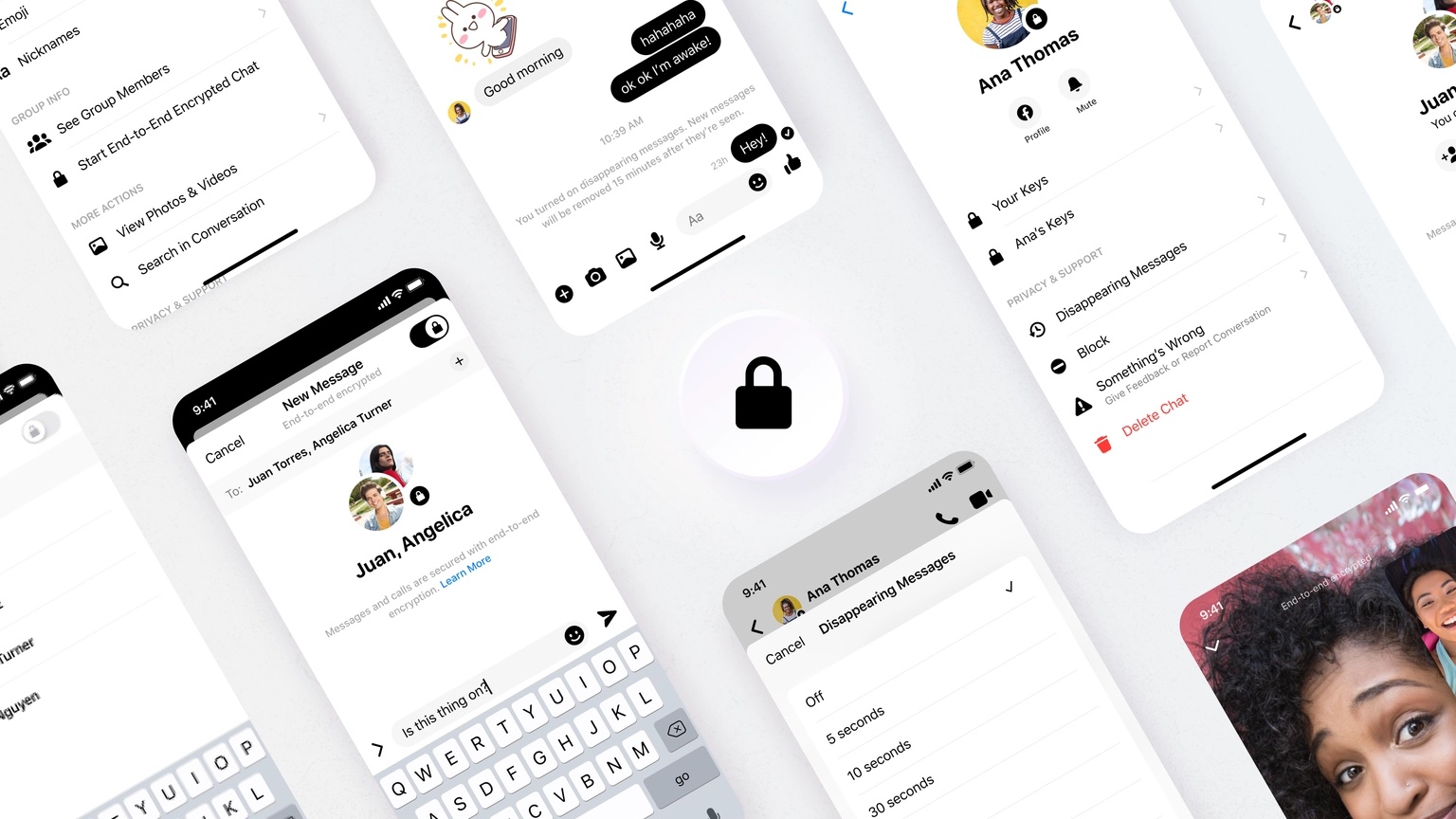 Facebook has announced today that it is rolling out support for end-to-end encrypted video calls and audio calls to Facebook Messenger. The company is also planning changes for Instagram direct messages and will begin rolling out those features soon.

End-to-end encryption is rolling out to a “limited test” group of adults in “certain countries” for Instagram direct messages. “Similar to how Messenger works today, you need to have an existing chat or be following each other to start an end-to-end encrypted DM,” Facebook explains.

And coming in the future, Facebook says that it will also soon begin testing end-to-end encryption for video and audio group chats in Facebook Messenger.

Finally, Facebook says it is updating the controls around Disappearing Messages with more granularity:

We’ve also updated the expiring message feature within our end-to-end encrypted chats. People don’t always want or need their messages to stick around and the timer controls let someone decide when their messages expire in the chat. We’ve updated this setting to provide more options for people in the chat to choose the amount of time before all new messages disappear, from as few as 5 seconds to as long as 24 hours.