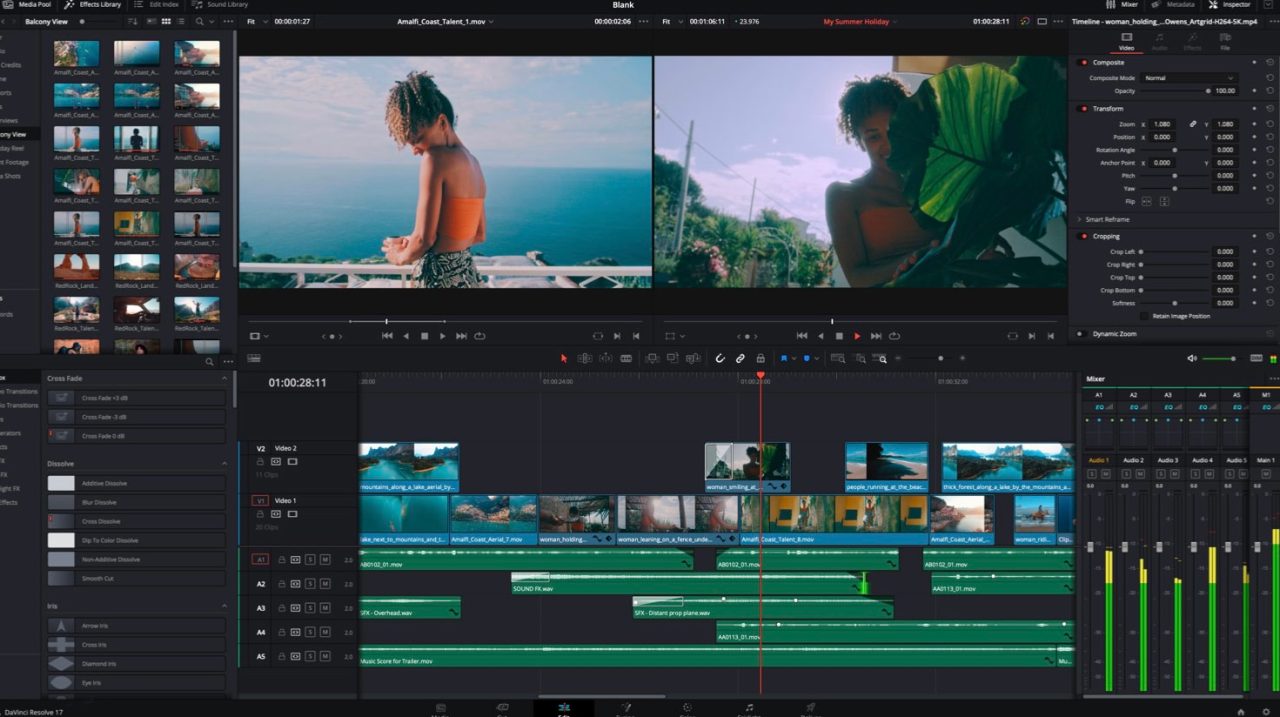 Blackmagic shared all the details on the DaVinci 17.3 release that’s optimized for M1 Macs on its blog. The 3x faster performance is thanks to a new processing engine.

Blackmagic Design today announced DaVinci Resolve 17.3 which adds support for a completely new processing engine that transforms the speed of DaVinci Resolve to work up to 3 times faster on Apple Mac models with the M1 chip. With this massive speed increase, customers can now play back, edit and grade 4K projects faster, and can even work on 8K projects on an Apple M1 notebook. The new processing engine uses tile based rendering, which also gives customers up to 30% longer battery life on laptop computers when working in DaVinci Resolve.

Along with the new all-new engine, DaVinci Resolve 17.3 supports M1 Macs to use H.265 hardware encoding with the ability to optimize for speed or quality.

DaVinci Resolve 17.3 also supports a new option on Mac computers with M1 for H.265 hardware encoding. Customers can choose to prioritize speed vs quality when rendering, further improving render times up to 65%. Plus, DaVinci Resolve will now decode AVC Intra files using the media engine built into the Apple M1 chip, making decoding and playback faster when working with these file formats.

Other new features with 17.3 include new Resolve FX controls, Fairlight audio improvements, and much more.