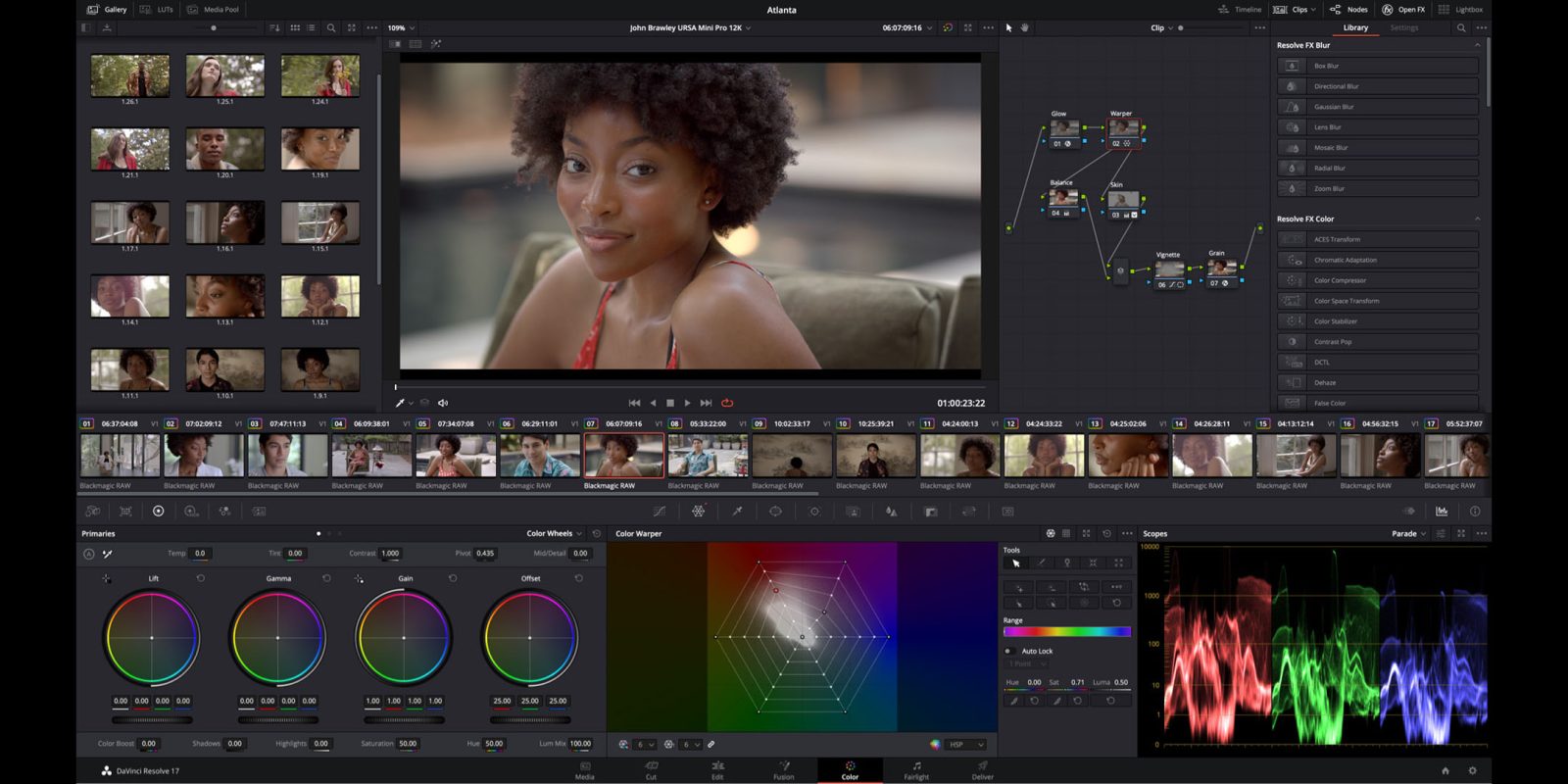 DaVinci Resolve is notable for offering powerful video editing and color correction tools in an app whose free version offers most of the features of the paid one. BlackMagic originally released a beta version with M1 support back in November, and it’s now proved itself dependable enough to make it into the release version …

This means that users can now rely on the software to run smoothly with utmost compatibility and offer a better experience overall.

Blackmagic alerts that “DaVinci Resolve 17.1 requires a database upgrade from DaVinci Resolve 16.2.8 and previous versions. We strongly recommend that you backup your existing database (both DiskDB and PostgreSQL) before performing an upgrade.”

DaVinci Resolve is the “world’s only solution,” Blackmagic says, that combines editing, color correction, visual effects, motion graphics, and audio post-production all in one software tool.

Resolve established itself as one of the industry-standard tools for color correction and grading, before growing into a fully-fledged non-linear video editing suite. The $299 paid version is Resolve Studio, which also comes free with BlackMagic’s cameras, but the free version offers most of the same functionality. It does, however, limit output resolution and lack a few pro features:

BlackMagic also makes its own eGPUs for video editing.

Although I’ve recently started shooting with the BlackMagic PCC 4K, I’m sticking with Final Cut Pro for now, but it’s certainly good to have Resolve as an option as and when I get into proper color grading.