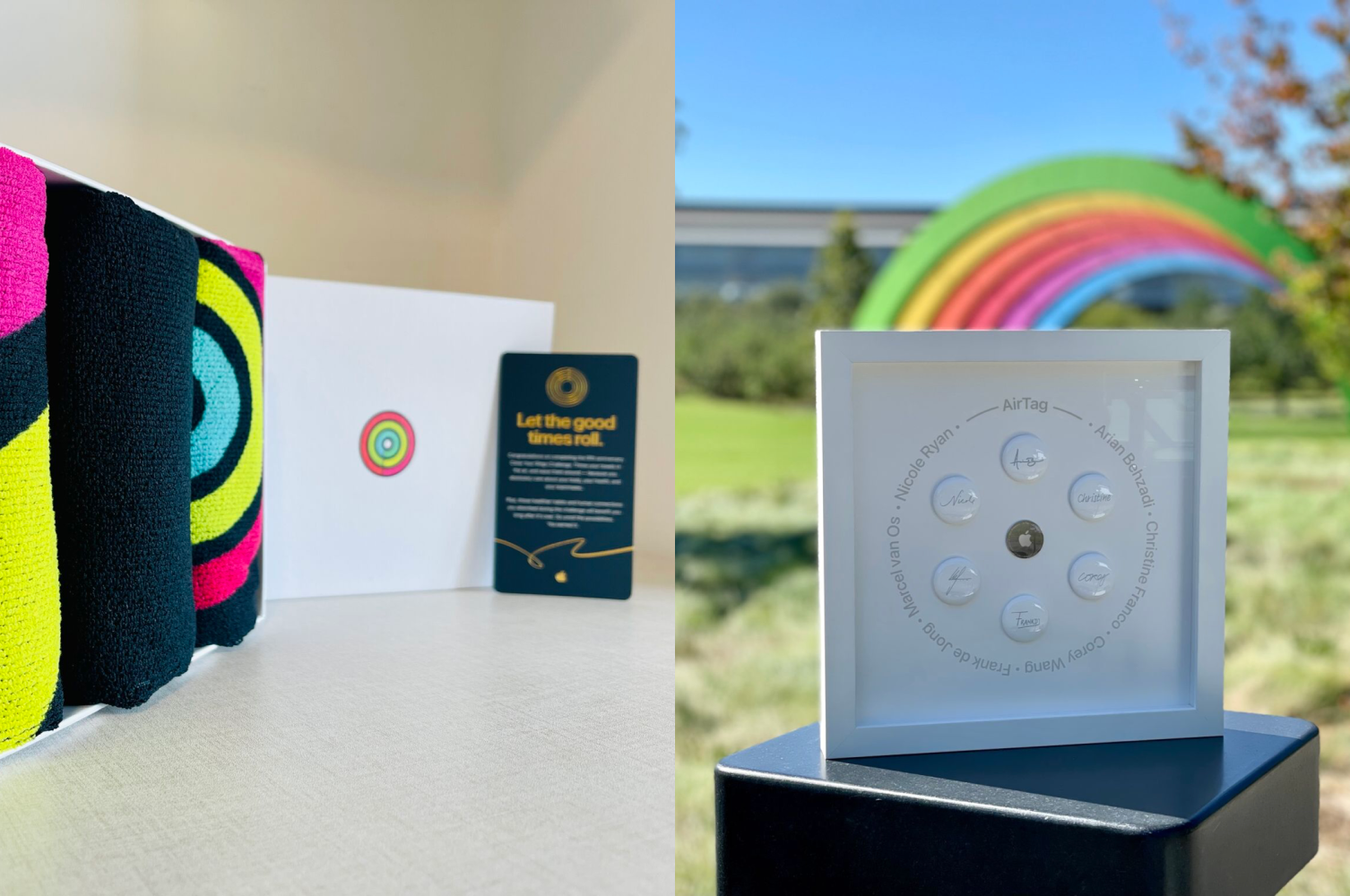 Apple appears to have given a unique custom AirTag display to members of the team that created the Find My trackers. The display includes six custom AirTags with the signatures of the team members staged in a sleek glass frame. The company has also begun to distribute their annual gift for completing the “Close Your Rings” Apple Watch fitness challenge.

In past years, Apple has given employees custom fitness ring themed watch bands in a variety of different styles. This year’s gift is entirely different. We can see the gift in several photos shared by employees on LinkedIn. It includes 3 Apple Fitness themed towels for working out. The gift comes in a classic white Apple box with the 3 fitness rings embossed on top. There’s also a small card included in the box congratulating employees on their success.

The card says: “Congratulations on completing the fifth anniversary Close Your Rings challenge. Throw your towels in the air, and wave them around — because you absolutely care about your body, your health, and your teammates.“

The custom AirTag display was shared by Apple product designer Frank de Jong on LinkedIn. In the center of the frame is the stainless steel back plate of AirTag. Six white AirTag caps are positioned in a circular pattern around it with signatures of the team. The photo also shows the six color stage in the center of the Apple Park ring in the background.