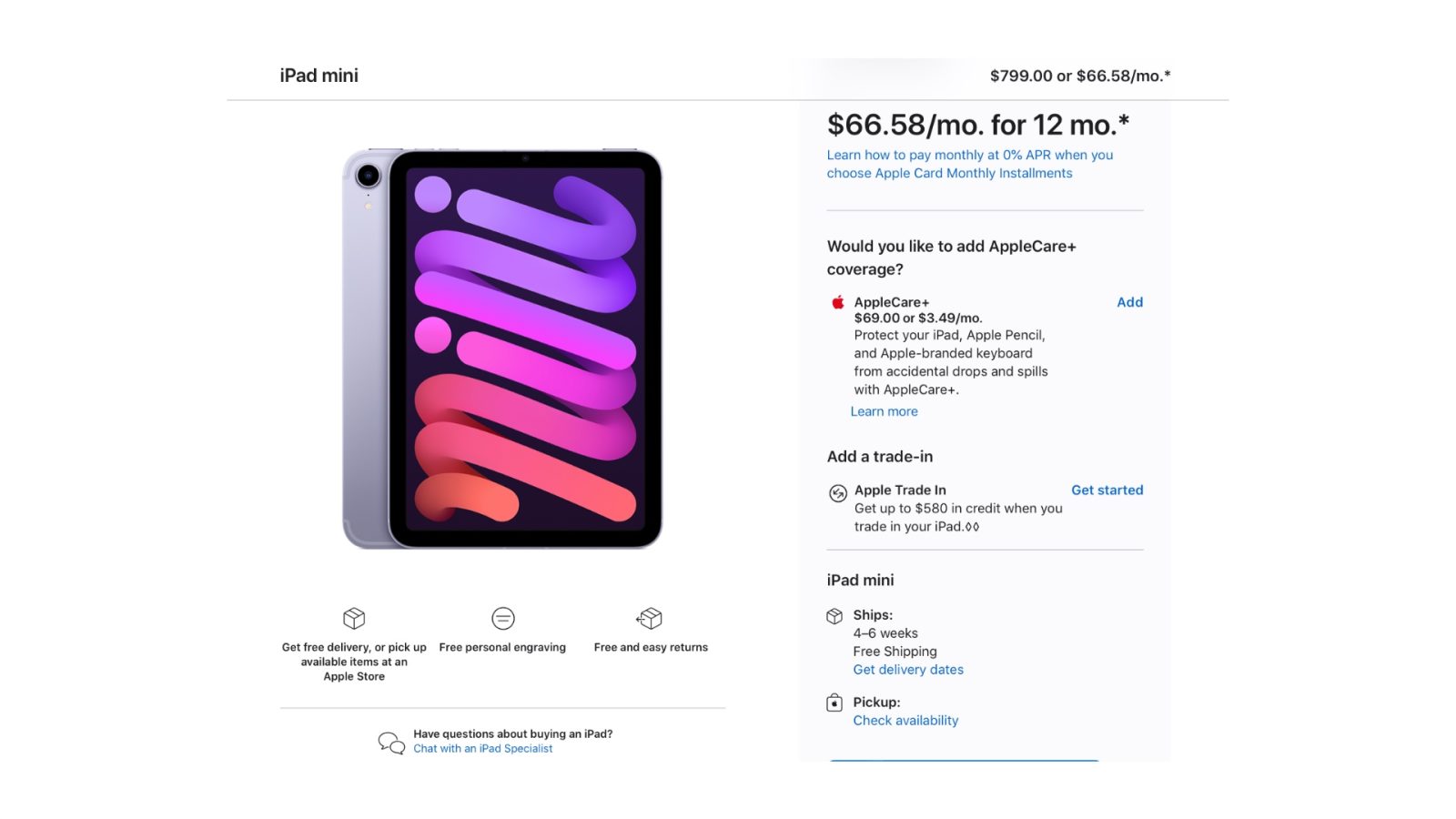 The iPad mini 6 pre-orders opened just after the “California Streaming” event, with the first orders arriving on September 24. If you waited until today to try to pre-order one by next week, you’ll probably need to wait at least the second half October to receive it from the Apple Online Store.

According to the Loop’s Dark Mark and confirmed by 9to5Mac some iPad mini 6 earliest deliveries are now pushed out to October 19 to November 2.

If you try to pre-order the Space Gray iPad mini 6 with 64GB of RAM and Wi-Fi only, its shipment delivery is expected from 4 to 6 weeks from its launch. On the other hand, if you fancy the new Pink color, you’ll still be able to get it by September 24.

All of the 256GB iPad mini 6 with Wi-Fi + Cellular have also shipment delivery date expected from 4 to 6 weeks after its launch. It’s unclear whether these shipping estimates are due to popularity or supply shortages.

The fact is, this tablet was arguably the star of the “California Streaming” event. With a redesign and a new 8.3-inch display, it follows the iPad Air 4 and puts the Touch ID on the Top button.

It’s also the only iPad with the A15 Bionic chip. For the first time, the iPad mini 6 now supports the second-generation Apple Pencil as has improved cameras. The main camera has 12MP and can record videos in 4K while the front-facing camera has an Ultra-Wide lens with Center Stage capabilities.

You can learn more about the all-new iPad mini here.