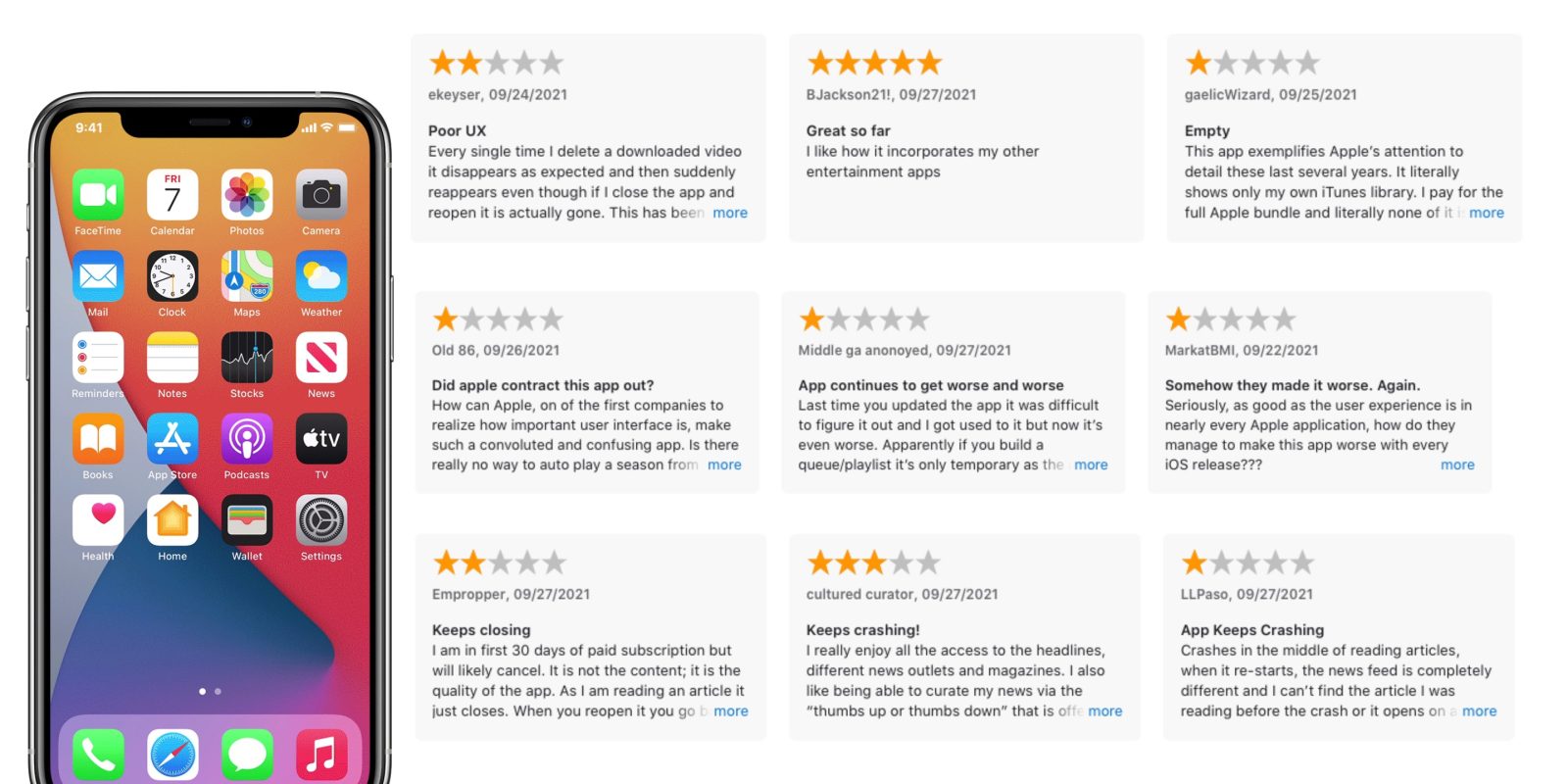 For the longest time, the App Store did not allow users to rate or review Apple’s built-in iPhone and iPad apps, like Mail, Music, News, Stocks and Calculator. However, seemingly since the release of iOS 15 earlier this month, Apple has now lifted that restriction. It is now open season for App Store feedback on Apple’s stock apps.

As you might expect, customer feedback is already flooding in for Apple’s apps, with the Podcasts app currently faring the worst statistically with a 2.0 rating …

Although Apple had no reason to officially announce this policy change, it is possible Apple opened it up due to looming competitive pressure, as third-party apps are not allowed to hide their App Store ratings.

You can rate and review any Apple app that is deletable and re-installable via the App Store, so core system apps like Phone or Messages are exempt as they don’t have App Store listings.

As the ability to rate and review is still quite new, most of the stock apps only have a few dozen ratings so far. However, you can imagine that everyone with grievances after upgrading to iOS 15 are rushing to the App Store to leave their one star ‘constructive’ feedback.

One of Apple’s most popular services, Apple Music, has already clocked about 300 reviews with a 3.7 average rating.

As mentioned before, Podcasts is just crossing the 2-star mark as customers continue to complain about the changes from the iOS 14.5 app redesign. The Translate app manages just 2.2 stars, with reviewers noting that it pales in comparison to the quality of translations provided by competing apps like Google Translate. Apple News also doesn’t achieve a passing grade at 2.3 stars, with many reviewers complaining about the app repeatedly crashing when browsing articles.

No Apple app approaches the fabled 5 star perfect score. Voice Memos seems to be Apple’s highest-rated built-in app currently, sitting at 4 stars. Weather is also doing relatively well, at 3.7 stars, with customers appreciating the improvements brought by the iOS 15 update. However, there is a common feature request for both the Weather and Calculator apps …

The reviews for Stocks are particularly comical: