As Apple prepares to revamp the MacBook Pro, this coming week also marks the 30th anniversary of the original PowerBook 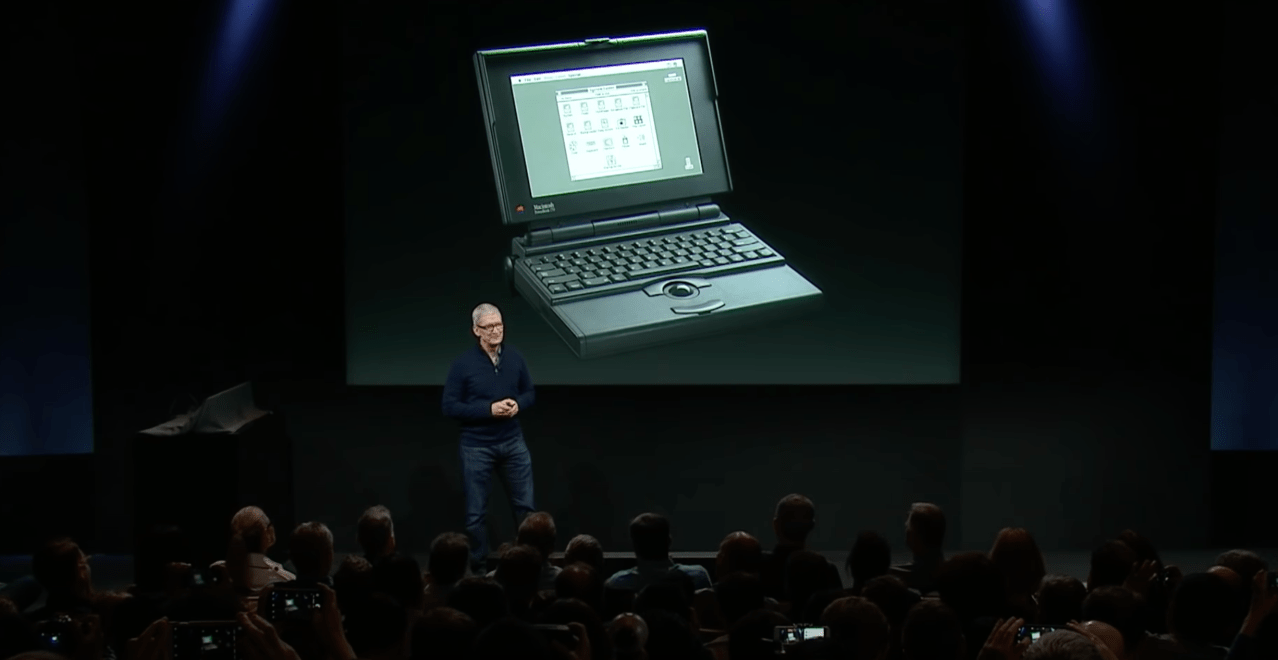 Apple is hosting a major Mac event on Monday morning where they are widely expected to unveil a completely redesigned MacBook Pro. Power users have been waiting for Apple to revamp the MacBook Pro since they introduced the 2016 model with the much disliked Touch Bar and notoriously bad butterfly keyboard. But this coming week also marks a special anniversary for Apple notebooks. As pointed out by Steven Sinofsky, this Thursday is the 30th anniversary of the introduction of the original PowerBook.

In October of 1991, Apple revolutionized computing with what was really the first modern laptop computer. It was the first machine to push the keyboard up to the top and introduced the palm rest with track ball. The machine was introduced as the PowerBook 100 series at the COMDEX trade show in Las Vegas. In fact, there’s even a recording of the introduction that you can watch below.

Apple launched three machines at the show: The PowerBook 100, the PowerBook 140, and the PowerBook 170. All three computers had TFT active matrix displays and broke the Snow White design language mold with a grey plastic exterior rather than a light beige one.

The PowerBook was an immensely popular product line for Apple, even in the 1990s when the company began to falter ahead of Steve’s return. The PowerBook family was one of the few product lines that Steve didn’t axe when he came back to Apple in 1997. Up until the 2006 introduction of the MacBook Pro, Apple continued to release new PowerBooks with improved processors and gorgeous radical designs. Fun fact: my favorite Mac notebook ever made is the 2003 12″ PowerBook G4.

Apple discontinued the PowerBook family in 2006 when they began the transition to Intel processors. The first MacBook Pro looked almost identical to the PowerBook G4 it replaced, aside from the built-in iSight camera and revised port selection.

In 2016, Apple was expected to introduce the first major upgrade to the MacBook Pro since it introduced the unibody enclosure in the 2008 revamp. During that event, Tim Cook reminisced about the original PowerBook series and the product introduction video for the 2016 MacBook Pro even started with the PowerBook 100. Apple recognizes that the PowerBook was the very first real consumer notebook, despite it being from a very different era in the company’s history.

So this leads us to today. Apple picked this week to introduce the new MacBook Pros for a reason. It’s likely no coincidence that the all-new MacBook Pros that have been rumored for years and have a lot riding on them are going to be unveiled around the 30th anniversary of its earliest predecessor.

This gives me hope that Apple really will live up to the challenge and recognizes the significance of this moment. Apple Silicon is changing everything and it’s made Apple’s other product lines better than they’ve ever been. Just like in 2006 when Steve walked out on stage and killed the last PowerBook explaining that they couldn’t shoehorn a G5 into it, I fully expect John Ternus to make the same argument on Monday morning when he inevitably introduces the revamped MacBook Pro.