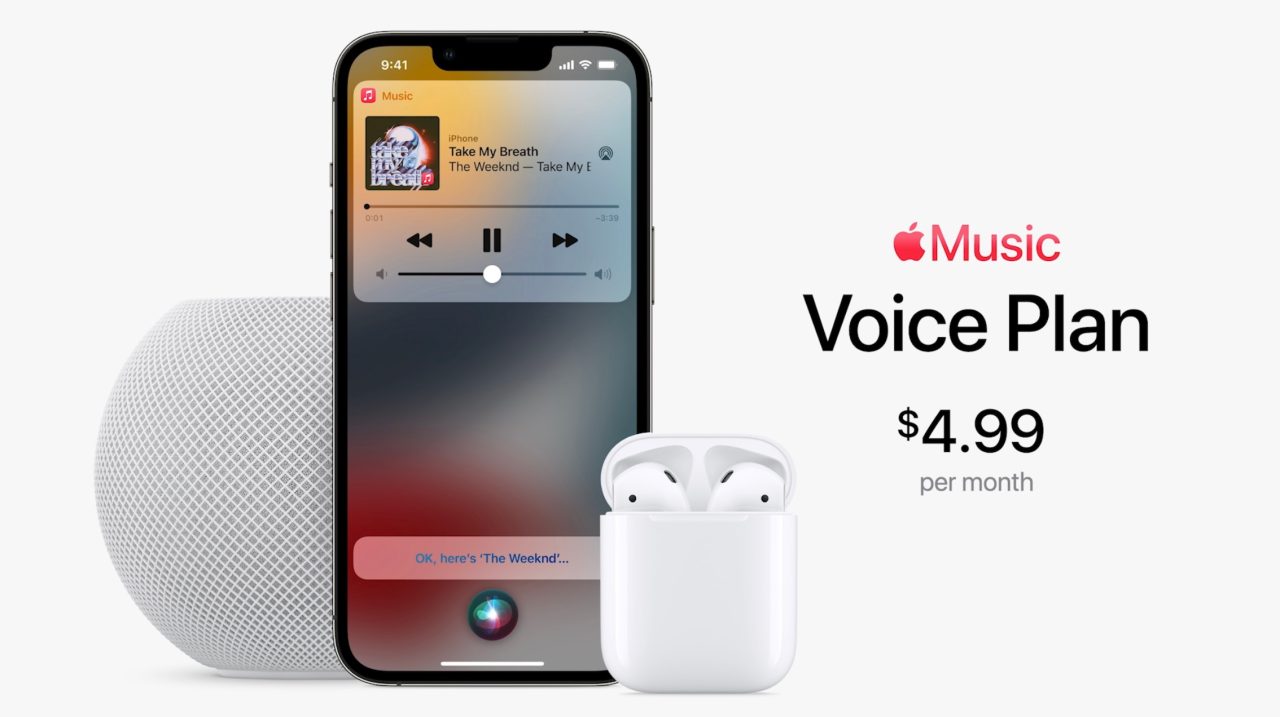 During the “Unleashed” Apple event, the company announced a new more accessible plan for Apple Music exclusively with Siri.

This Apple Music plan is perfect for a single subscriber. With the new “Voice Plan,” people will rely on Siri to listen to songs on the service.

For $4.99, subscribers will have access to 90 million songs, tens of thousands of playlists, and stations on all their Apple devices.

Subscribers can ask Siri to “Play the dinner party playlist,” “Play something chill,” or even “Play more like this” for a personalized music experience. Unfortunately, it’s important to note that Spatial Audio and Lossless quality won’t be supported with this low-cost plan, as well as lyrics, and music videos.

Here are all plans available: