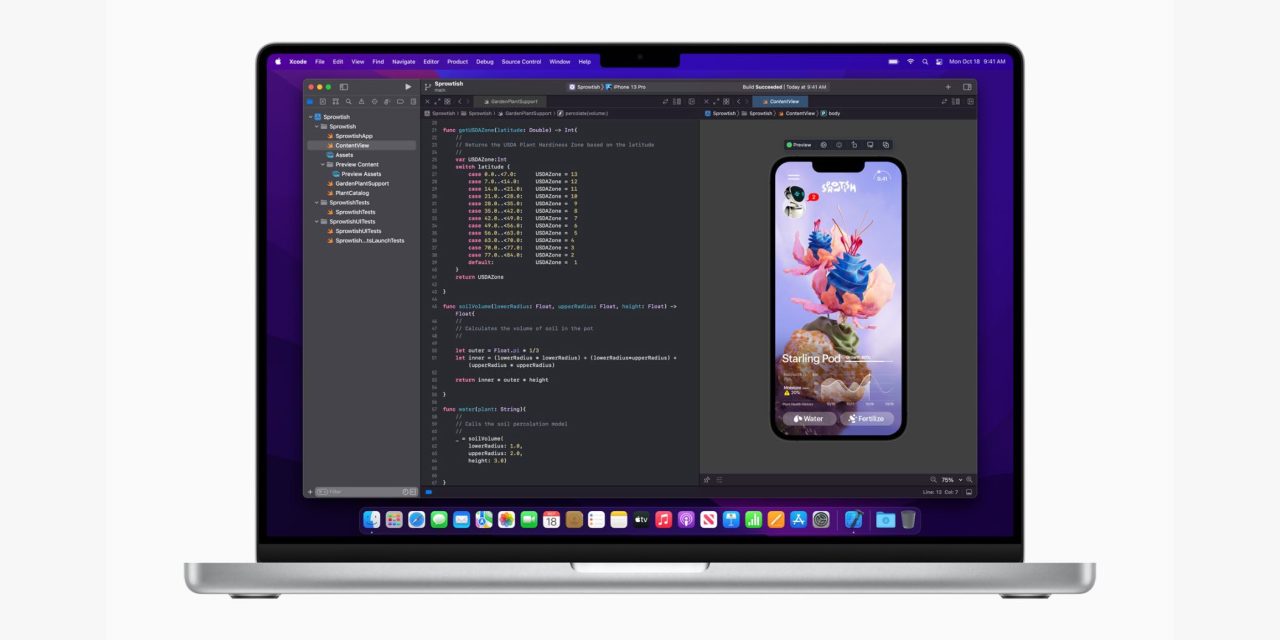 The 14-inch and 16-inch MacBook Pro were announced to much fanfare yesterday, with one of the hero features being the new Liquid Retina XDR display. In addition to larger physical size and smaller bezels, mini-LED high contrast ratio and 120Hz ProMotion refresh rates, the screens also feature increased native resolutions with higher pixel density.

This brings with it a new selection of scaled screen resolution options in System Preferences. Most notably, the high-end MacBook Pro once again features a native 2x resolution as standard…

The Retina MacBook Pro was first introduced in 2012 with a display resolution of 2800 x 1800. Like all Retina displays before it, Apple rendered the interface at 2x scale, which meant available screen real estate in macOS was the same as a 1400 x 900 display, but everything was twice as sharp.

However, many customers wanted the ability to show more content on screen at once. In order to mimic denser displays, Apple offered simulated software scaling modes.

To do this, the OS renders at a higher resolution and then shrinks the rendered content down to fit inside the native pixel grid of the display. This gives users more real estate for on-screen windows, however the scaling is imperfect (as it’s not an integer scaling like 2x is) and therefore produces resizing artifacts, like slightly blurry text.

For pixel purists, this kind of scaling is far from ideal, bordering on sacrilegious. To make matters worse, Apple set the 2019 16-inch MacBook Pro to a scaled resolution by default; the 2x native resolution was available in System Preferences as an option, but it wasn’t the default. The default 16-inch MacBook Pro scaling mode simulated a 1792 x 1120 display. This compromise of panel resolution and UI density felt awkward for a pro machine. (After launch, future version of macOS changed the stock 15-inch display settings from “Best for Retina” to a scaled resolution as well.)

However, Apple has fully answered these complaints with the 2021 16-inch MacBook Pro generation. The native display resolution is now 3456 x 2234, representing an increase of PPI from ~220 PPI to 250 PPI. By default, macOS Monterey will render the OS at 1728 x 1117 — a perfect 2x Retina scaling. Moreover, this perfect 2x resolution is effectively the same as the simulated scaled resolution of the previous generation, so now users get the higher-density UI but with actual pixels backing it, rather than scaling trickery.

The higher-density panel on the new 14-inch MacBook Pro features a 3024 x 1964 native resolution, which will be presented to users as 1512 x 982@2x, another reasonably roomy option for a screen of that size.

So, the new defaults are what most people should use in terms of utility and they will get the best Retina-crisp display quality at the same time. As always, Apple also offers scaled screen resolution options for people that want more or less space.

Based on code findings in the Monterey RC, we can see that the available resolution options for the new MacBook Pro are:

Just like the current laptop lineup, the MacBook Pro supports five different virtual resolutions, with one offering more space than the 2x default, and the others increasing UI and text size for easier readability.

Of course, screen resolution is just one of the new features of the new MacBook Pro screens; customers will also benefit from wider color reproduction, fluid 120Hz ProMotion animations, extreme dynamic range thanks to the mini-LED backlight system, and more.

The new 14-inch and 16-inch MacBook Pro are available to order now, with first deliveries beginning next week.