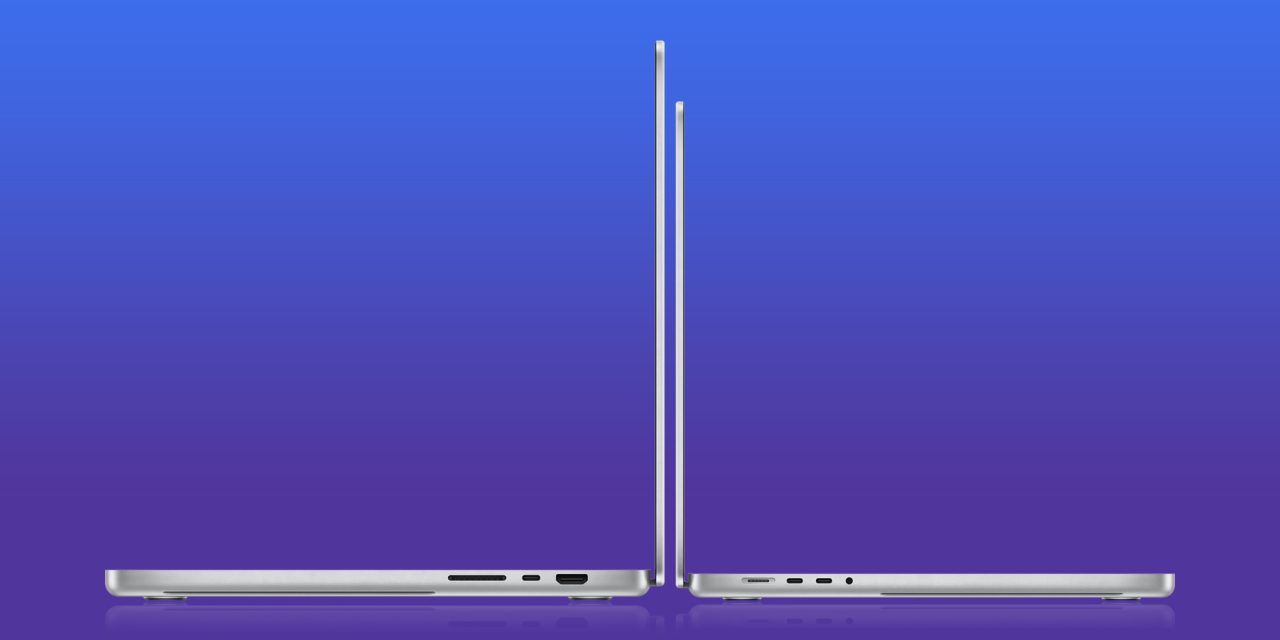 After being announced last week and ahead of the first orders arriving to customers tomorrow, the early reviews of the new 14-inch and 16-inch MacBook Pro models are here. These reviews provide our first in-depth looks at the new design and notch, the ProMotion display technology, the M1 Pro and M1 Max chips, and more.

Head below for the full details…

The Verge has some early results from testing the M1 Max chip inside the new 16-inch MacBook Pro:

Inside you’ve got Apple’s new M1 Pro and M1 Max processors, which are much more powerful versions of the M1 chip that have much more serious GPU capabilities. We’re doing a lot of performance tests to see what’s what with these chips, but I can tell you right now that the 16-inch Pro with M1 Max clocked the fastest time ever in our Adobe Premiere 4K export test… by over a minute.

What the notch that lives in the top of the new displays? Jason Snell at SixColors writes that it takes “no time to get used to having a notch at the top of the display.” As Snell explains, this is due primarily to the Mac’s menu bar:

You could imagine this notch being a major pain point for developers and users alike, but it’s not. And that’s thanks to the menu bar, a Mac convention since day one that provides the perfect place to hide a display cutout. The menu bar has been given a little extra height to completely encompass the notch, and menu items automatically move to the other side of the chasm if there isn’t room for them to fit.

It takes no time to get used to having a notch at the top of the display. And it’s a good use of space since moving the menu bar up into what would otherwise have been unused bezel means that there’s more room downstairs for everything else. (I see now why Apple changed the metrics on the menu bar in macOS Big Sur—it was clearly laying the groundwork for this display. Add in the curved-edge highlights that appear when you click on a menu-bar item and the whole approach really looks great.)

Gizmodo describes the return of the SD card slot, MagSafe, and HDMI port as a “game changer.”

The return of useful ports to the MacBook Pro is a game-changer if you use a lot of peripherals as part of your workflow. Both MacBook Pros have three Thunderbolt 4 (USB-C) ports, a headphone jack, an HDMI port, an SD card slot, and a MagSafe charging port, which is so, so satisfying to use. (You can also charge over USB-C.) I’d love to see a USB-A port crammed in here, too, but the included ports minimize the need for dongles and for that, I am grateful (if a little upset that I settled for only USB-C for so long).

The new Pro displays have also been upgraded with the iPad Pro’s ProMotion feature, which is so good that it’s now upsetting to use a laptop without it. ProMotion, which is turned on by default, makes it so the Pro can adjust its refresh rate between 10Hz and 120Hz, depending on what you’re doing. You can turn off ProMotion and use the Pro at a fixed refresh rate (47.95Hz, 48Hz, 50Hz, 59.94Hz, or 60Hz) if you want to, but I tried using it at 60Hz and found the difference too glaring after almost a week at 120Hz. It really is so much smoother with ProMotion turned on.

CNBC has some praise for the new speakers:

The speakers are way better than any other laptop speaker I’ve tested. They have a noticeably rich bass and can fill a room with audio. They support spatial audio, too, which is like surround sound if you’re playing movies or music encoded with Dolby Atmos. It makes a movie or music sound like it’s coming from all around instead of just from the left or right of the laptop.

Pocket-Lint on the M1 Pro processor:

This machine laughs in the face of big files and demanding apps. In testing, a 31GB cinema 4D file opens almost instantly and allows you to render effects in real-time. We couldn’t even open it on our M1-powered 13-inch model. Likewise, a 1594 track Pro Logic file opens in less than 20 seconds.

Those wanting to edit video on the go shouldn’t have a problem either. The M1 Pro can handle up to 20 streams of 4K ProRes footage at the same time, while the M1 Max can handle 30 streams.

Engadget was impressed with the battery life:

Surprisingly, I didn’t notice a huge difference in performance when I was running the MacBook Pros on battery. PCs often slow down dramatically whenever they’re disconnected from a socket, but not so with these notebooks. That’s useful if you need to encode something remotely and you’re willing to sacrifice battery life to get it done.

Don’t worry though, the efficiency of the M1 chip’s ARM design leads to great battery performance. The 14-inch MacBook Pro lasted 12 hours and 35 minutes in our benchmark, while the 16-inch went for 16 hours and 34 minutes. That’s over five hours longer than the last Intel model.

In addition to the longer battery life, the new MacBook Pros can also charge faster than their predecessors thanks to the return of MagSafe. As TechCrunch explains:

The notion that the system doesn’t get hot is overstated — the bottom of the aluminum case gets toasty, but what is true is that you’re going to have to really push this system to get those fans to kick in. The battery life is beefy on this thing well. I was able to squeeze out 17:29 hours of Apple TV+ playback on a charge (the new Velvet Underground documentary is good. I know because I watched it A LOT). The reintroduction of MagSafe, meanwhile, brings fast charging, getting the system from zero to 50% battery in half an hour (with the 96 or 140W power adapter). The system can still be charged via one of the three USB-C ports (great for those times when you inevitably leave the proprietary plug at home), albeit not as quickly, topping out at 100W.

The MagSafe plug comes with a nice new braided cable, but otherwise looks and functions remarkably similarly to the quick detaching plug we all know and mostly love.