BLUETTI Halloween Sale offers 20% off its mobile powers stations, up to $3900 off 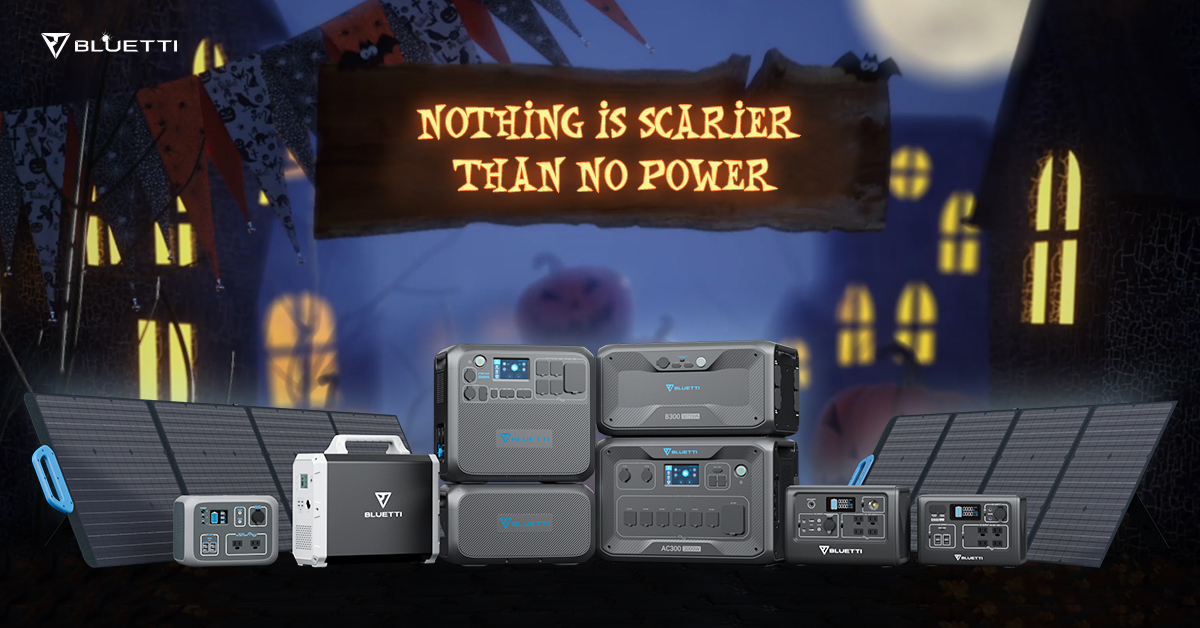 If you’ve been considering an off-grid power solution for a while or just started looking, no doubt you’ve come across the pioneer in the space, Bluetti. After selling out of its new AC300 portable power station and B300 external battery back in September, the company’s Halloween special offers up to 20% ($3,900) off the restocked AC300 + B300 + solar panel combos and much more. Check out all the details on these great deals below.

Whether you’re interested a small home backup, whole-home power backup, or off-grid power source for camping, RVing, and more, Bluetti offers a solution for everyone.

Headlining Bluetti’s lineup is the new AC300 that serves as the foundation of your flexible off-grid power solution. The AC300 is fully modular with a 3000W Pure Sine Wave Inverter. It connects with up to four B300 battery modules offering up to a 12,288Wh capacity (and it’s even possible to connect two of those setups for an incredible 24,576Wh capacity).

Bluetti uses premium LiFePO4 (Lithium Iron Phosphate) batteries rated for 3,500+ cycles. Here are the vast array of plugs and ports you get with the AC300:

And on the B300 battery module:

Another great aspect is the full-featured app to check the realtime status of your power station and control it over Wi-Fi and Bluetooth.

For its Halloween sale running from October 28 – November 4, Bluetti is offering:

If you’re looking for a smaller backup power source, the EB55 is a great choice. Offering 537Wh and up to 700W output, it packs a lot of utility in a compact design.

The EB55 is a perfect option for camping and like Bluetti’s other devices, it uses high-quality LiFePO4 batteries rated for 2,500+ cycles.

The integrated solar generator can receive up to 200W of input and 200W of AC power simultaneously. That means full charge is as fast as 2 hours.

You’re getting compatibility with Bluetti solar panels and a lot of the great features of the AC300 with the AC200Max at a more affordable price.