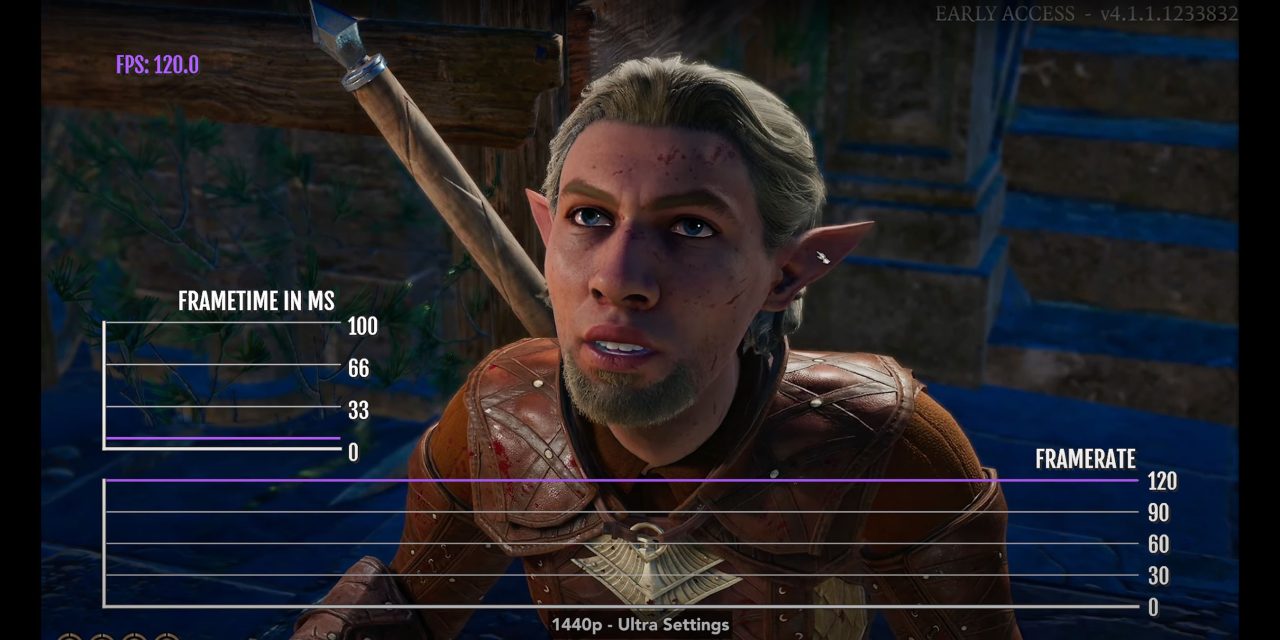 YouTuber MrMacRight, whose focus is gaming on Apple devices, has put together a great roundup of M1 Max games tests, running on a 16-inch MacBook Pro with the M1 Max chip and 32GB of unified memory.

It shows that the machine equals or exceeds the performance of Nvidia’s Geforce RTX 3060 graphics card, which is a popular choice for mid-range gaming rigs.

The video opens with Baldur’s Gate 3, which runs natively on Apple Silicon. MrMacRight found that, in 1440p, the game comfortably ran at 120 frames per second most of the time, with slightly lower rates seen during very intense graphics work like combat scenes.

The same game achieved 60fps in 2160p. The AMD upscaler is being adapted to run on Apple Silicon, which will further boost frame rates.

Shadow of the Tomb Raider also runs under Rosetta, and achieved the same 96fps at 1080p on High.

Watch the full video below for the complete rundown of 25 popular games.

Most game developers haven’t optimized their games for Mac, but that’s something of a chicken-and-egg situation. Games haven’t run well on Mac, so sales weren’t likely to be high, so there was no incentive to support the platform. The hope now is that, seeing these kind of results, developers will see an opportunity to do so in order to increase their market.

Mac gamers are excited for that reason.

“I’m really excited about these results. Native apple silicon games look like they run very well, I would say there is now some incentive for developers to bring their games over.”

“Games needs to be optimised or at least native. There are very few titles for now but this will change. See Baldur’s Gate 3: it is running incredibly well.”

“The video I’ve been waiting for! Especially a Baldur’s Gate 3 test. Can’t wait to see what the devs bring with the next update.”

“It is an exciting time for gaming on the Mac. This is the first generation of Apple silicon and once these chips find their way down to consumer level devices it will make this level of gaming performance more accessible to everyone. Hopefully this will inspire more developers to bring their games to the Mac and have native support.”

“Apple really need to start being more aggressive in getting publishers to port AAA games to the Mac. The M1 is more than capable to run a lot of these games and there are now millions of Macs with the M1 and M1 Pro.”

“I’ve checked how each of the benchmarks compare to desktop laptops at the applied settings. All in all, the m1 max seems to have the performance of a 3060 laptop. This is very impressive considering how little power it uses and how the fans don’t get turned on.”

“The impressive thing is that it blows my gaming rig with an RTX 3060 and a Ryzen 9 5900X out of the water when native ARM support and optimization play together.”

Granted, nobody is going to pay M1 Max money just to play games, but it’s still impressive that it can match or beat popular PC setups bought specifically for that purpose.

Watch the video below.