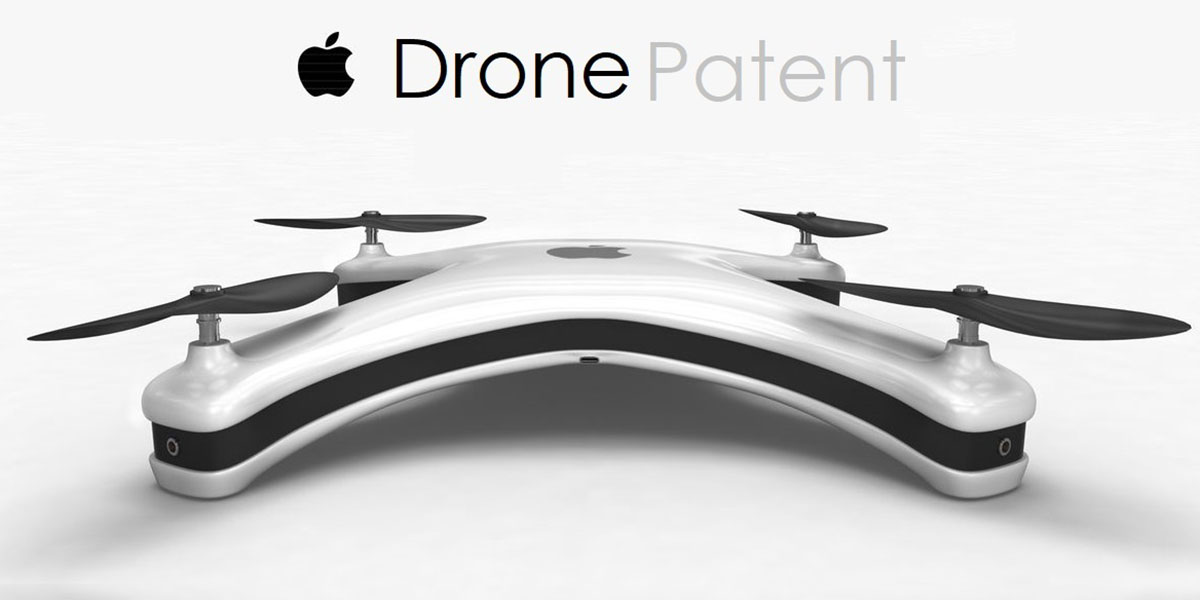 A patent application published last month suggested that an Apple drone might be in the works. Two further drone-related patent applications have come to light today – with the original filings suggesting some attempt on Apple’s part to keep the work secret.

Patent applications are a matter of public record, and there are of course people who make a habit of scouring those filed by Apple in an attempt to get an early steer on potential new products. Apple appears in this case to have attempted to hide its applications …

There are two ways the company can do this. First, in some cases it is possible to delay publication of a patent application until some time after it was made. Second, file the application outside the US.

As an American company, Apple usually applies to the US Patent & Trademark Office (USPTO), so this is where most people go hunting for clues. Patent applications made in other countries are less likely to be spotted. Patently Apple notes that the Cupertino company initially filed both these Apple drone patent applications in Singapore rather than the US.

However, both have now also been filed in the US. The first relates to methods of pairing and unpairing drones to controllers. It is, of course, written in the usual dense patentese, but appears to be describing a method of control of a drone being handed from one controller to another, potentially while in flight.

The second relates to distant control of a drone using a cellular network.

Apparatuses, systems, and methods for tracking and/or controlling unmanned aerial vehicles (UAVs) as well as tracking UAV controllers (UACs) within a cellular network. A UAV/UAC may provide a cellular network with tracking information such as speed, orientation, altitude, C2 communication quality, C2 communication mode change request, measurement report, RRC status, cell ID, TAC ID, current location of the UAV, and destination of the UAV. The network may forward this information to an unmanned aerial system (UAS) traffic management system (UTM). The UTM may determine, based in part on the tracking information, whether to transfer control of the UAV from the UAC to the UTM. In some embodiments, the UAV/UAC may trigger the UTM to transfer control of the UAV form the UAC to the UTM.

We of course add our usual disclaimer here: Apple patents a great many things that never make it to market. The company famously says “no” a thousand times for every occasion it says “yes.”

All the same, this would seem a fairly logical product category for Apple to at least explore, given that photography and videography are already key focus areas for iPhones and Macs.