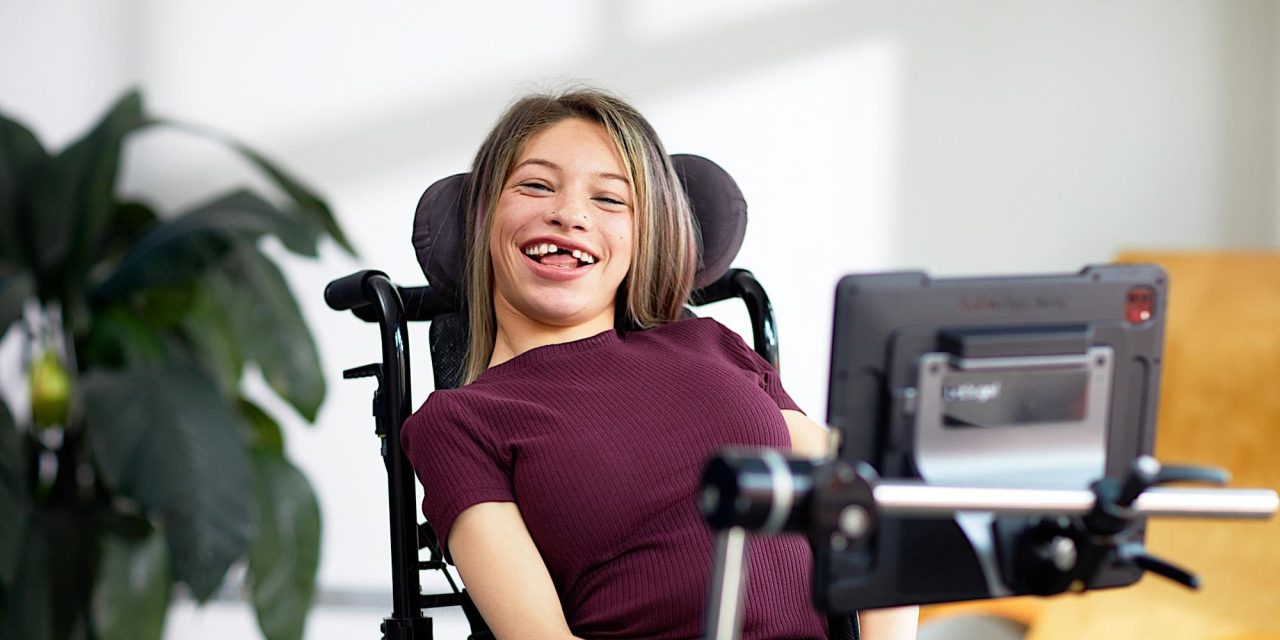 One of the new iPadOS 15 accessibility features is support for eye-tracking devices, which allows people with disabilities involving little or no upper body movement to control an iPad with their eyes.

This has taken years of work, and the result isn’t cheap – though it may be covered by medical insurance …

Tobii Dynavox, the assistive tech division of the eye-tracking company Tobii, worked with Apple for years to help make that happen. And now, the firm is ready to announce TD Pilot, a device that aims to bring the iPad experience to the estimated 50 million people globally who need communication assistance.

The TD Pilot is basically a super-powered frame for Apple’s tablets: It can fit in something as big as the iPad Pro 12.9-inch, and it also packs in large speakers, an extended battery and a wheelchair mount. It’s thankfully water and dust-resistant, so it’ll survive time in a rainstorm or even a user’s shower. There’s also a secondary “Partner Window” on the back that spells out what a TD Pilot user is saying, which aims to make conversation feel more natural. Most importantly, though, it features Tobii Dynavox’s latest eye-tracking sensor, which is powerful enough to work in bright sunlight.

It is not, however, cheap.

The total cost of the TD Pilot could run up to $10,000, not including the cost of the iPad. Part of that cost would also go towards getting the device set up, as well as paying for Tobii Dynavox’s software […]

CEO Fredrik Ruben tells us that Tobii Dynavox has around 400 insurance contracts already, and its devices are already covered by Medicare and Medicaid.

If you can’t get it covered by insurance, competitor Skyle offers an alternative solution for $3,000.

You can see the TD Pilot system in action below.

Have any of the iPadOS 15 accessibility features helped you? Please let us know in the comments.