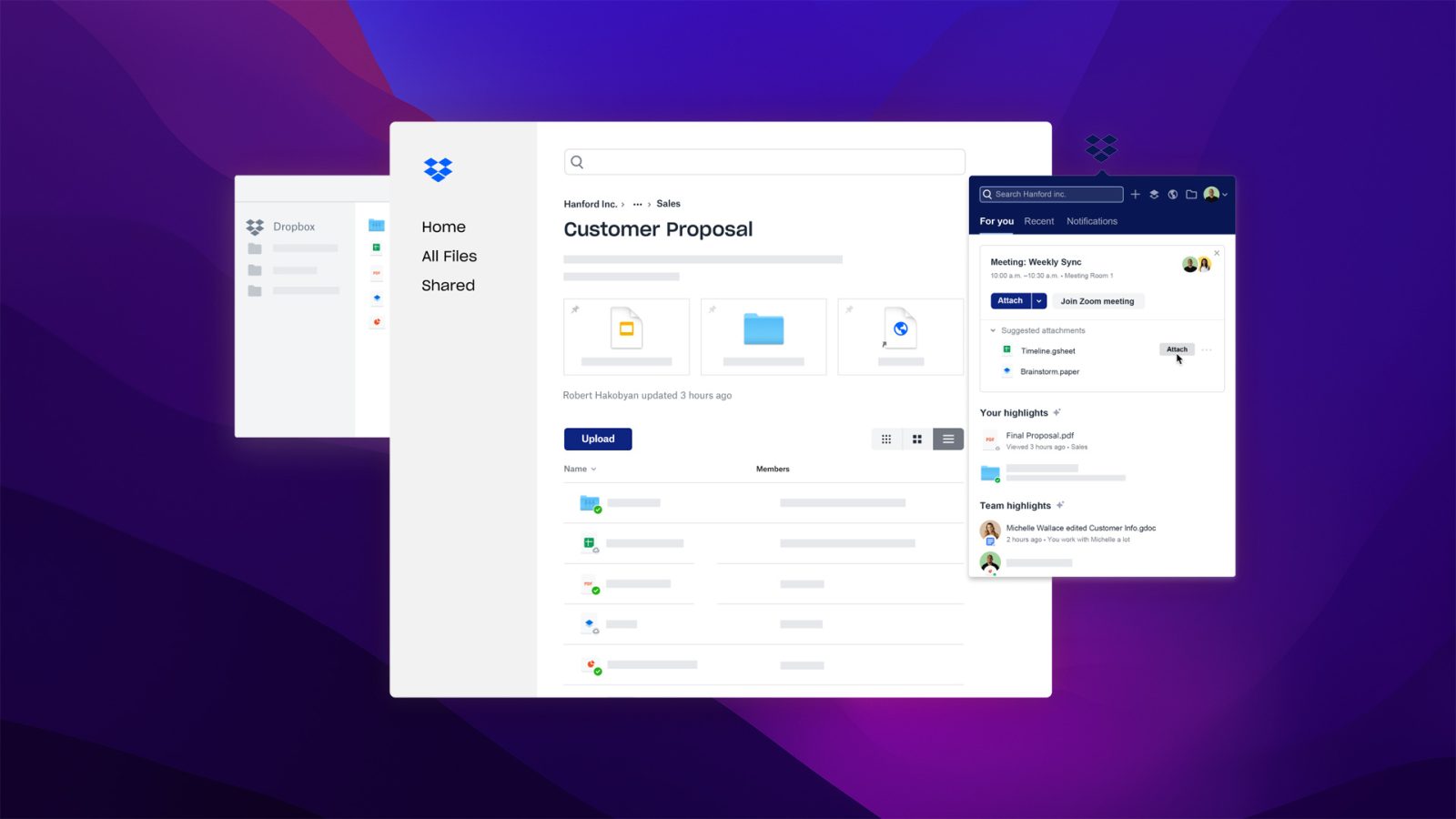 Dropbox is still doing the final tweaks to make its macOS app compatible with M1 Macs, but it seems that the company has even more challenges ahead. Some Dropbox users received an email on Tuesday warning them about possible compatibility issues with future releases of macOS Monterey.

As seen by 9to5Mac, the email tells users that the Dropbox app may not work as expected “in the next version of macOS.” The company explains that Apple’s operating system update has caused an incompatibility that prevents Dropbox users from opening online-only files (meaning those not stored offline on the computer) through third-party apps.

The email asks Dropbox users to use Finder to download and open the online-only files, as other macOS apps may not be able to load them after installing the latest update. Dropbox says that a beta update with a fix for this bug will be available in March.

Interestingly, the email claims that the next macOS update is “macOS 12.3,” but Apple is yet to announce such an update – the latest version of macOS Monterey is macOS 12.1, while macOS 12.2 remains available exclusively to developers and beta users. This, of course, may just be a typo in the email.

Here’s a copy of what the email says (translated from Portuguese):

We are getting in touch regarding an update about Dropbox running in the next version of macOS 12.3. For this version, Dropbox does not yet have full support for online-only files. We are actively working on this, and a beta version will be released in March 2022. […] Some applications on your Mac may have problems opening Dropbox files files while they are online only. You will still be able to open Dropbox files by double-clicking them in Finder.

Earlier this month, Dropbox released a new beta version of its macOS app that runs natively on Mac computers with an Apple Silicon chip (which includes M1, M1 Pro, and M1 Max). The Dropbox beta app can be downloaded through the company’s official website.