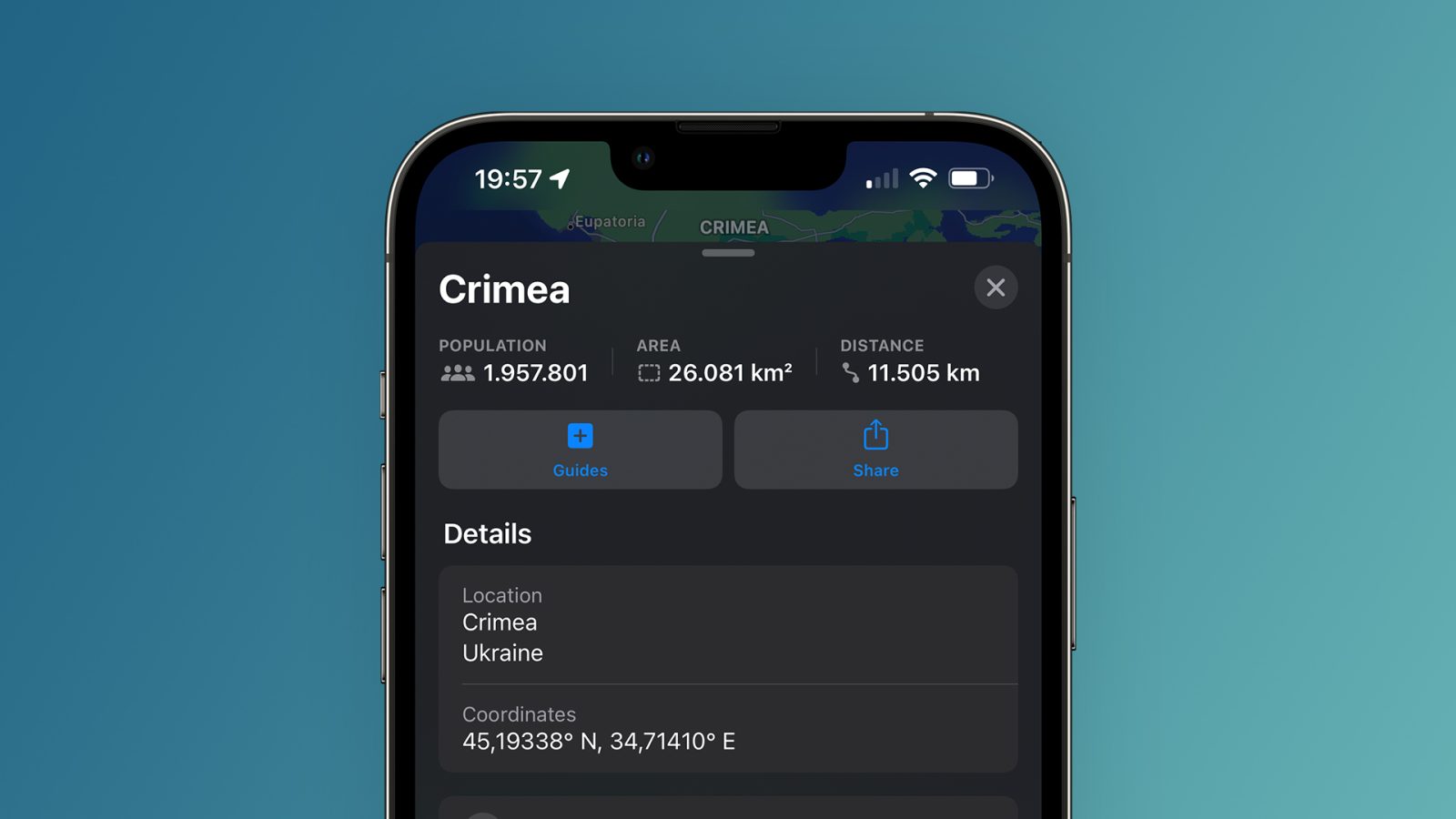 In 2019, Apple made a controversial change in its Maps and Weather apps to show the Crimean Peninsula as a region of Russia for those living there. At the same time, Crimea was displayed as an independent region to users from other parts of the world. Now Apple is once again saying that Crimea is part of Ukraine – except if you’re in Russia.

The conflict between Russia and Ukraine started years ago. In 2014, Russia occupied and annexed the Crimean Peninsula – a move that has never been recognized as legitimate by most of the world’s nations.

After these events, there was a discussion among the tech companies about how to describe Crimea. To comply with Russian law, both Apple and Google updated their apps to show Crimea as part of Russia, while the rest of the world saw the territory disassociated from any country.

However, Russia’s recent invasion of Ukraine that began in February has made Apple reconsider that change. Instead of showing up as an independent territory, Crimea is once again displayed as part of Ukraine in Apple Maps (and also in the iOS Weather app). Unfortunately, as reported by Mashable, no changes have been made when accessing these services from Russia.

Earlier this week, Apple confirmed that all its sales have been halted in Russia as the company shows support for Ukraine. Distribution of products to local stores in Russia has also been suspended, and apps from Russian state media have been removed from the App Store in regions outside of Russia.

As a result of sanctions imposed by the US government and the European Union, Apple Pay has also been suspended in Russia.

Apple says it will “continue to evaluate the situation” with the help of relevant governments to take further action if needed. Despite recent limitations, Apple services are still operating in Russia.