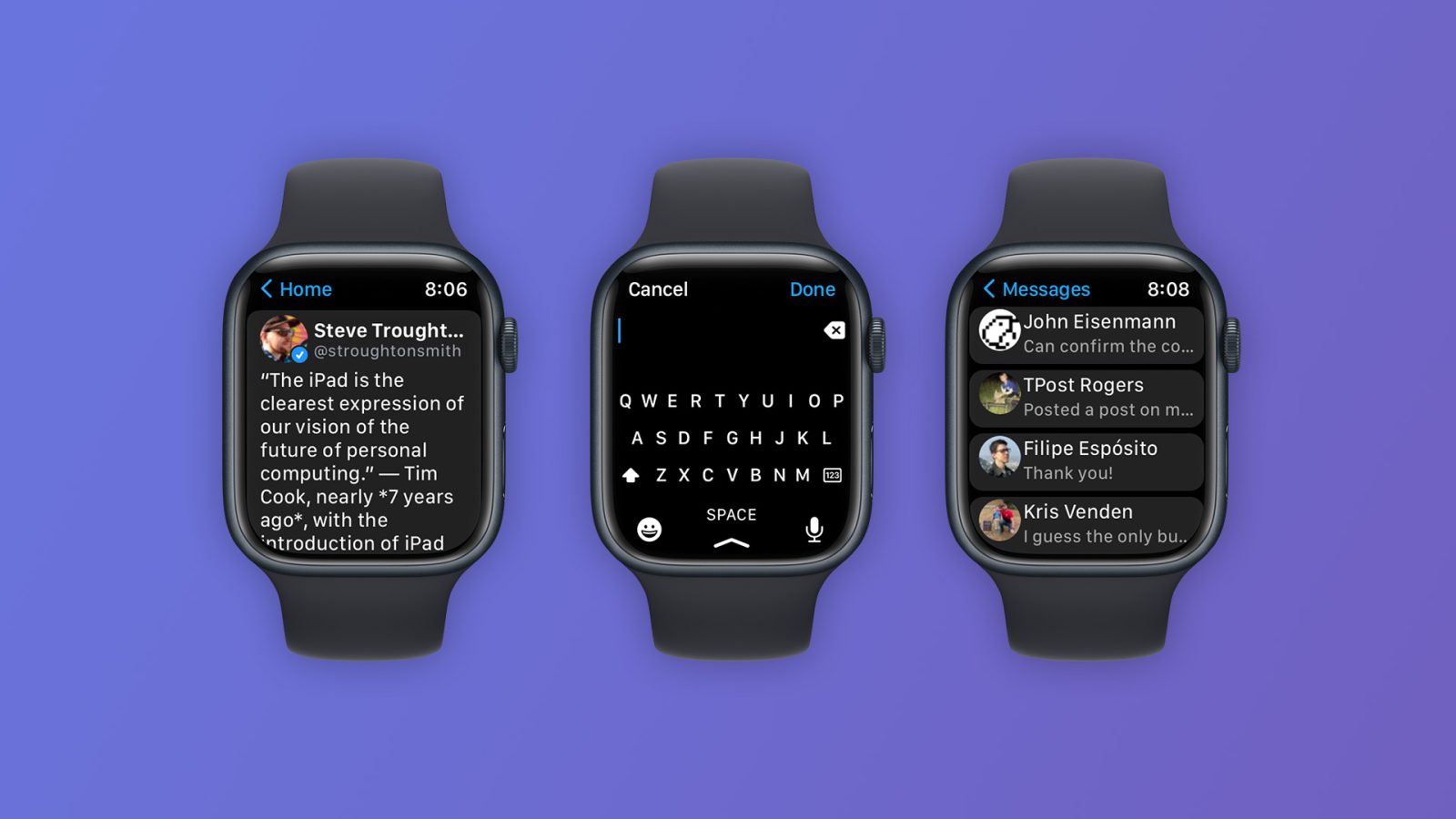 Chirp is an app released in 2018 that brings the full Twitter experience to the Apple Watch, so users can create new tweets, access direct messages, and see what’s trending on the social network right from their watch. This week, Chirp was updated with an important new feature for Apple Watch Series 7 users: full keyboard support.

Since Apple introduced Apple Watch Series 7 last year, developers can update their apps to support the system’s new QWERTY keyboard. Now, Chirp is one of the apps that let you interact with it using the keyboard directly on the Apple Watch. At the same time, the update also enhances the app’s interface for the larger Apple Watch Series 7 screens.

Hey everyone! Chirp is now fully updated to support the Apple Watch Series 7! This means Fullscreen support across every screen, and support for the QuickPath Keyboard!

While tweeting from your iPhone is probably more convenient than typing from your Apple Watch, having the ability to send tweets directly from your wrist without taking your phone out of your pocket can be helpful in some situations. With keyboard support, the app makes this experience even more interesting.

Although the QWERTY keyboard is only available on Apple Watch Series 7 models, users of previous generations of Apple Watch can also take advantage of Chirp by using features such as Dictation and Scribble.

Chirp was developed by Will Bishop, the developer who’s also behind Nano – a Reddit client for Apple Watch. According to Bishop, an update for Nano is also in the works with new features.

Chirp is available for free on the App Store, but some features require in-app purchases to be unlocked.