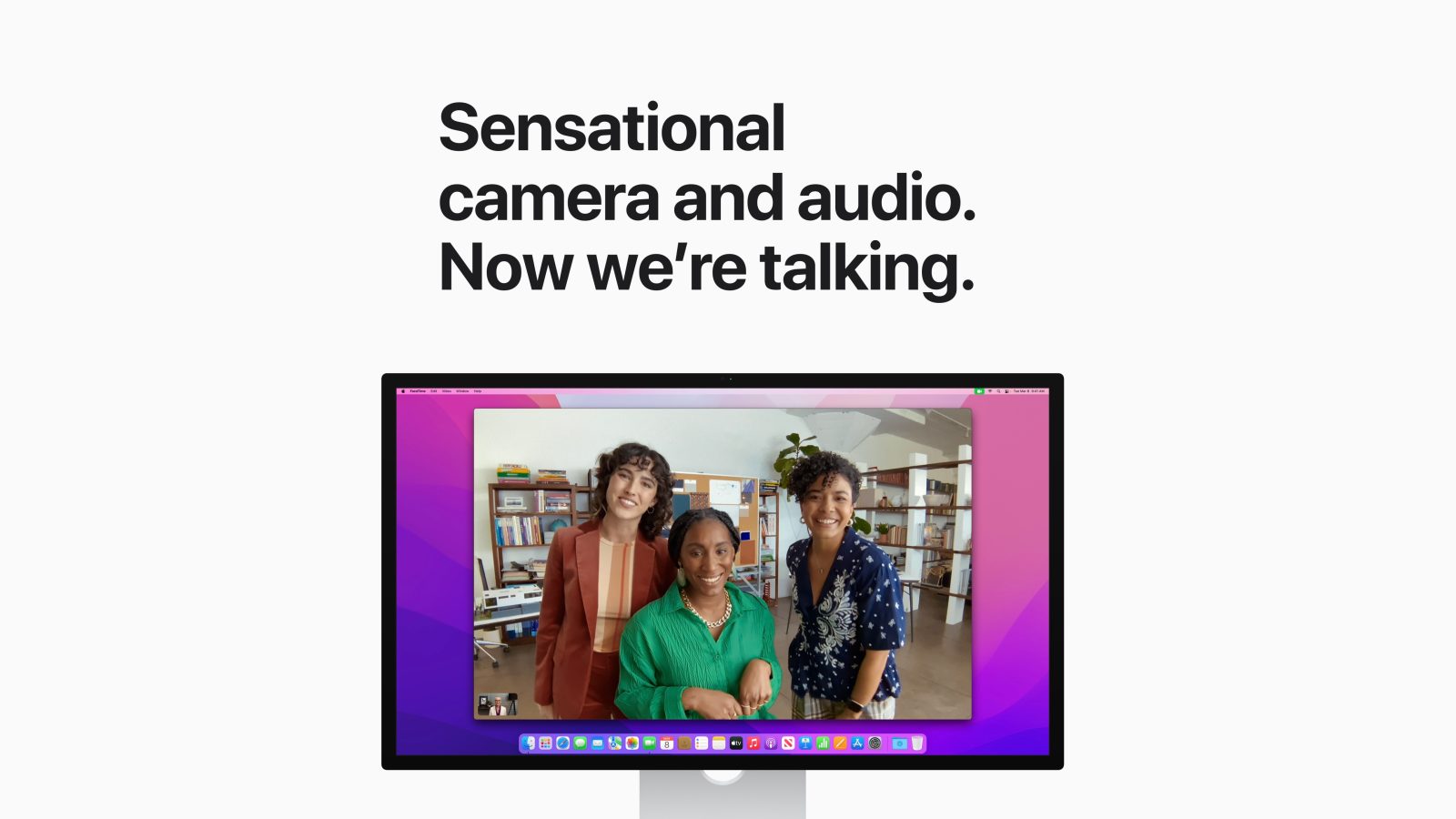 The first reviews of Apple’s new Studio Display hit the web this morning, and while they were mostly positive, there was a clear issue highlighted by many reviews: the webcam quality. Reviewers at The Verge, The Wall Street Journal, and elsewhere had harsh words for the Studio Display’s built-in camera, but Apple is promising a software fix…

Featuring the A13 Bionic chip, Studio Display delivers amazing experiences with its highly advanced camera and audio system. The ultimate video conferencing display, it includes a 12MP Ultra Wide camera with Center Stage, a feature that automatically keeps users centered in the frame as they move around for even more engaging video calls.

The Verge says that it has been in contact with Apple about these issues, and the company has promised a software update with improvements. Apple told Patel that its team “looked into the images you shared, and discovered an issue where the system is not behaving as expected. We’ll be making improvements in a software update.”

Unfortunately, as it stands today, there is no timeline on this software update, nor are there details on what exactly the software update will address. As we reported earlier, however, the inclusion of the A13 Bionic inside the Studio Display means it can receive software updates and get better overtime.