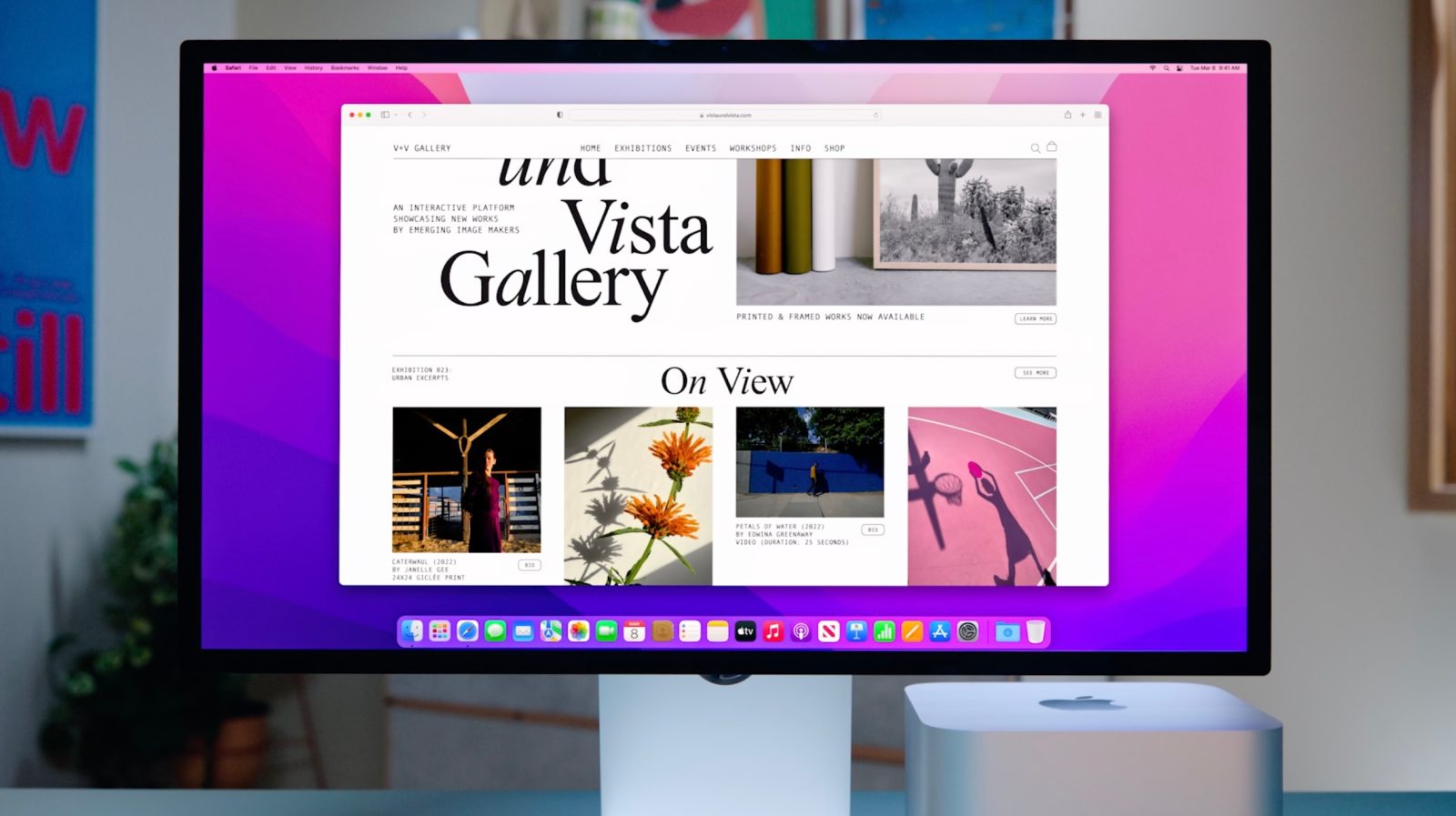 After several rumors, Apple’s new Studio Display is finally here with a 27-inch 5K panel, built-in camera and microphones, and more. 9to5Mac published some tidbits about Studio Display right after the event, and now we have some more details to share about how it enables “Hey Siri” for the connected Mac and how the firmware is managed by the A13 Bionic chip.

Studio Display comes with three built-in microphones, which can be used for audio calls. However, Apple also uses these microphones to identify the “Hey Siri” voice command, which instantly triggers the company’s virtual assistant.

“Hey Siri” has been available on Macs for some time, but there are some models that have never had support for it – such as the Mac mini and Mac Pro. Based on code seen by 9to5Mac, Studio Display enables the “Hey Siri” command for any Mac connected to it.

As 9to5Mac first revealed last year, Studio Display comes with an A13 Bionic chip inside (the same one used by the iPhone 11 lineup). Although the chip is primarily used to process images from the built-in camera, which enables features like Center Stage, it runs an iOS-based firmware.

As a result, Apple can deliver software updates for Studio Display. macOS will inform users when an update is available, and the system is able to update multiple monitors at once – if they have two or more displays connected to the same Mac.

A system message reads “The screen may turn off for a few minutes during this firmware update.” Disconnecting Studio Display during the update process can result in problems. If this happens, macOS may ask the user to “contact an authorized Apple service provider.”

Another system message indicates that Studio Display requires a software update to work with some Macs. In this case, the user needs to disconnect and reconnect the display and then “install software update when prompted.”

Center Stage is a feature that uses machine learning combined with an ultra-wide camera to always center the image on a person during a video call or video recording. Previously available only on certain iPad models, Center Stage is now available on the Mac for the first time thanks to Studio Display and its built-in 12-megapixel camera.

When users plug a Studio Display into a Mac for the first time, they”ll see an onboarding screen that explains how the feature works and whether they want to keep it enabled or not.

Since Studio Display is based on an A13 Bionic chip with its own advanced firmware, it now suffers from the same problems as an iOS device. In other words, it may crash unexpectedly – and you’ll see a message explaining that the display has been restarted because of a problem.

The new Studio Display goes on sale on March 18 with prices starting at $1599.