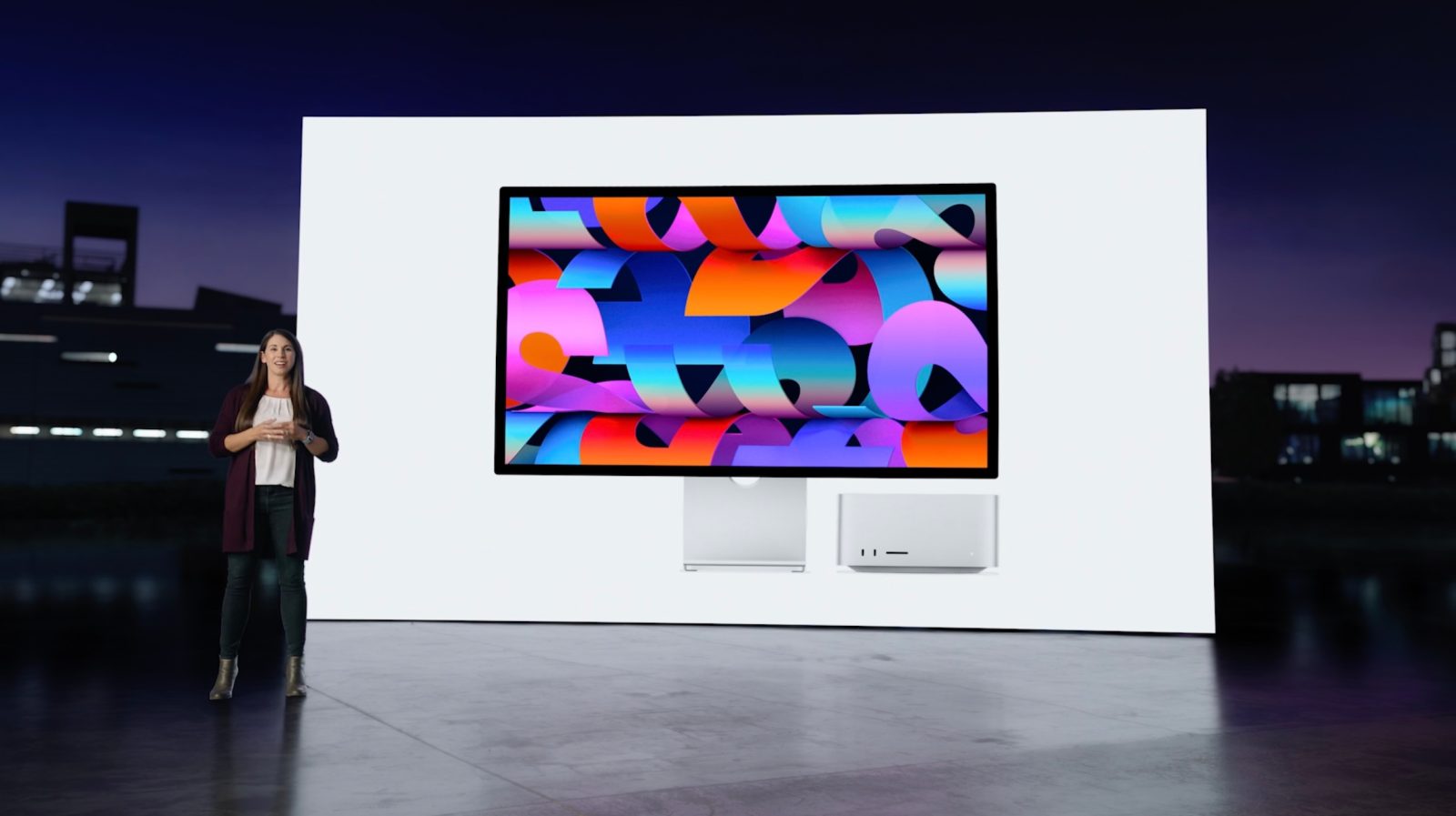 Apple is officially back in the display business with today’s introduction of its new 27-inch Studio Display. With a resolution of 5K and four ports on the back, it’s a good option for Mac users – but there are a few tidbits worth keeping in mind. Head below as we dive deeper into the Studio Display.

ProMotion is Apple’s adaptive refresh rate technology, which first came to the iPad Pro several years ago and has since expanded to the MacBook Pro and iPhone 13 Pro. ProMotion allows the refresh rate of a display to run up to 120Hz and to scale even lower than 60Hz for improved efficiency.

Even though we’ve seen ProMotion expand to new products recently, it is not a feature of the new Studio Display. Apple says the Studio Display supports a 60Hz refresh rate, just like the panel that it has used in the 27-inch iMac and that LG uses in the LG UltraFine.

The Studio Display starts at $1,599, but you can configure it with a pair of different options that increase the price to as high as $2,229. Apple is offering a nano-texture glass option for an additional $300. You can also choose a “tilt- and height-adjustable stand” for $300. This stand appears to be similar to the Pro Display XDR, but smaller and $700 cheaper.

A side note: Apple includes a polishing cloth in the box when you opt for the nano-texture version of the Studio Display, but not when you choose the standard glass.

The Studio Display features three USB-C ports and one Thunderbolt 3 port on the back. The specs for these ports are as follows:

Notably, this means that the new Studio Display does not support Thunderbolt 4 (which Apple is using on its newest Macs). The explanation here, however, likely centers on the Thunderbolt 3 port being used for display bandwidth, so it can’t support the max Thunderbolt 4 bandwidth and drive the display.