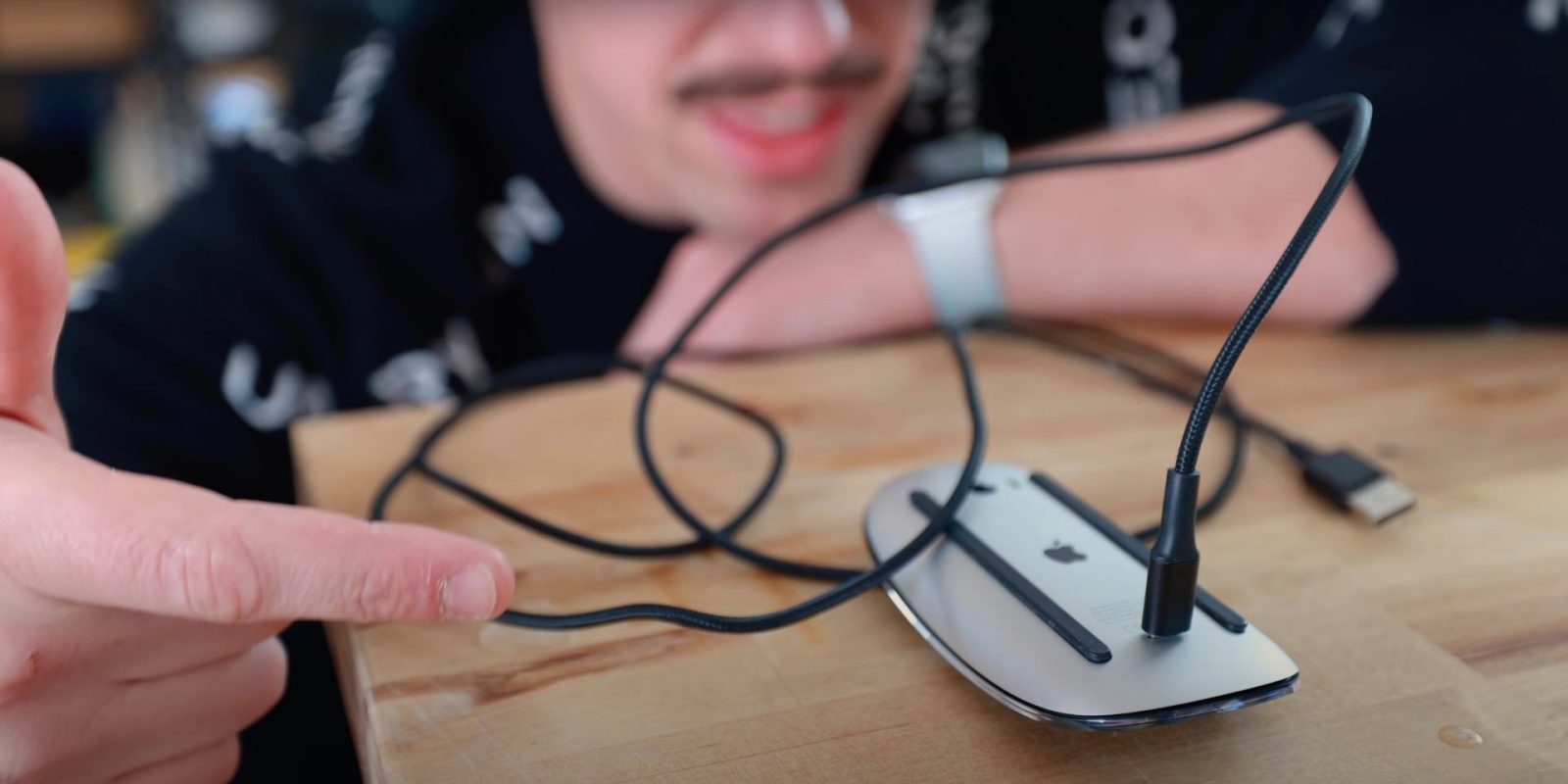 Matty Benedetto makes delightfully silly things, like a standing keyboard instead of a standing desk, under the branding Unnecessary Inventions. All are equally whacky, but most have one thing in common: they do actually work. Sadly, this is not true of the latest UI project …

That Apple positioned the charging port for the Magic Mouse on the bottom of the accessory, preventing it being used while charging, has been one of the most ridiculed examples of what some consider the company’s obsession with form over function.

It would, he thought, be simple enough – as Gizmodo notes.

Like many other loyal Apple users, Benedetto loves most things about the Mighty Mouse 2, except that when its rechargeable battery dies, it has to be flipped over and rendered unusable in order to charge. So through the power of determination, 3D printing, and YouTube clicks, they designed what they assumed would be a clever solution to the problem.

Starting with a Lightning charging cable featuring a right-angle connector on the end, Benedetto designed and 3D printed a lifter for the back of the Magic Mouse 2 that rolls around on a pair of metal ball bearings. The lift allows the mouse to still slide around a desk while it’s connected to a power source and recharging.

But … no. Mechanically, it worked. But Apple had a surprise in store.

The problem they immediately discovered was a simple but baffling one: when the Mighty Mouse 2 is connected to a power source, it stops working. It recharges just fine, but the rest of it just shuts down until the Lightning charging cable is disconnected.

It’s unclear why. The Magic Keyboard and Magic Trackpad continue working just fine while they are charging. But the Magic Mouse, not. So sadly this not-entirely Unnecessary Invention also turned out to be an unsuccessful one. Check out the video below.