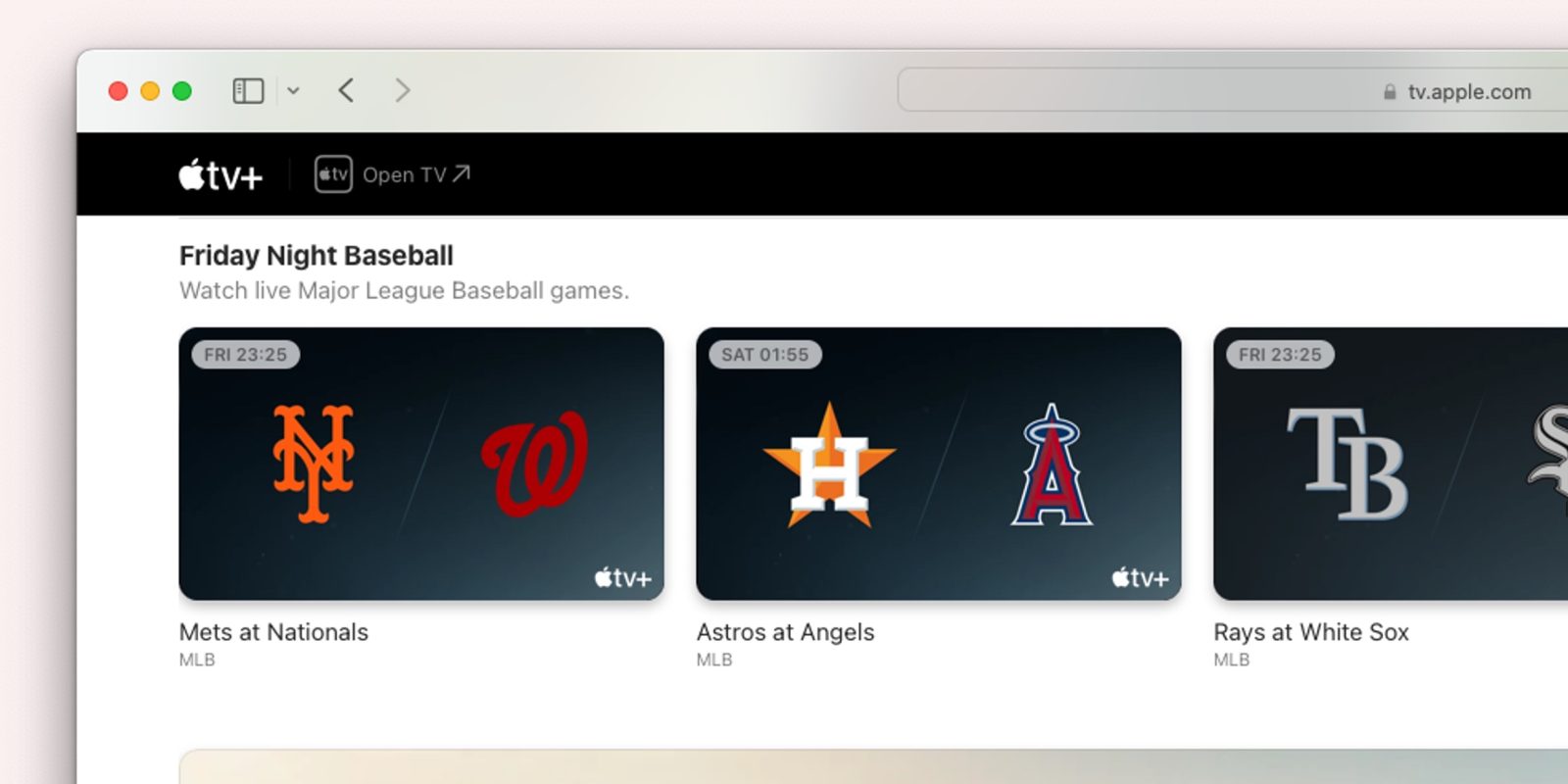 In the US, and seven other countries, Apple TV+ will stream two baseball games every Friday night. The first matchup is the Mets vs Nationals at 7 PM ET.

As a reminder, the first twelve weeks of Friday Night Baseball are streaming for free in the Apple TV app — no subscription required. After that, an active subscription to Apple TV+ ($4.99/mo) will be required to watch the games. You can watch on any device that can get the Apple TV app, including Amazon Fire, Roku, games consoles, smart TVs and — of course — Apple devices. You can also watch in a web browser at tv.apple.com.

Friday Night Baseball has been surfaced as a new row in the Originals tab of the Apple TV app. It shows a lineup of upcoming games and you can press See All to view the entire upcoming schedule. Individual games can be added to your Up Next queue to get a reminder when the show starts.

The Friday Night Baseball live games are not subject to local blackout restrictions, and are available to Apple TV+ users in the following countries: the United States, Canada, Australia, Brazil, Japan, Mexico, Puerto Rico, South Korea and the UK.

The Apple TV+ MLB experience in the United States also includes a 24/7 livestream ‘All MLB, All Day’, the ‘MLB Big Inning’ show, and other archive content, all streaming in the TV app as part of an Apple TV+ subscription.

Friday Night Baseball games are exclusively available through Apple and not broadcast elsewhere. The games will be presented by Apple’s production team. The host lineup is yet to be officially announced but is rumored to include Melanie Newman, Chris Young, Stephen Nelson and Hunter Pence.