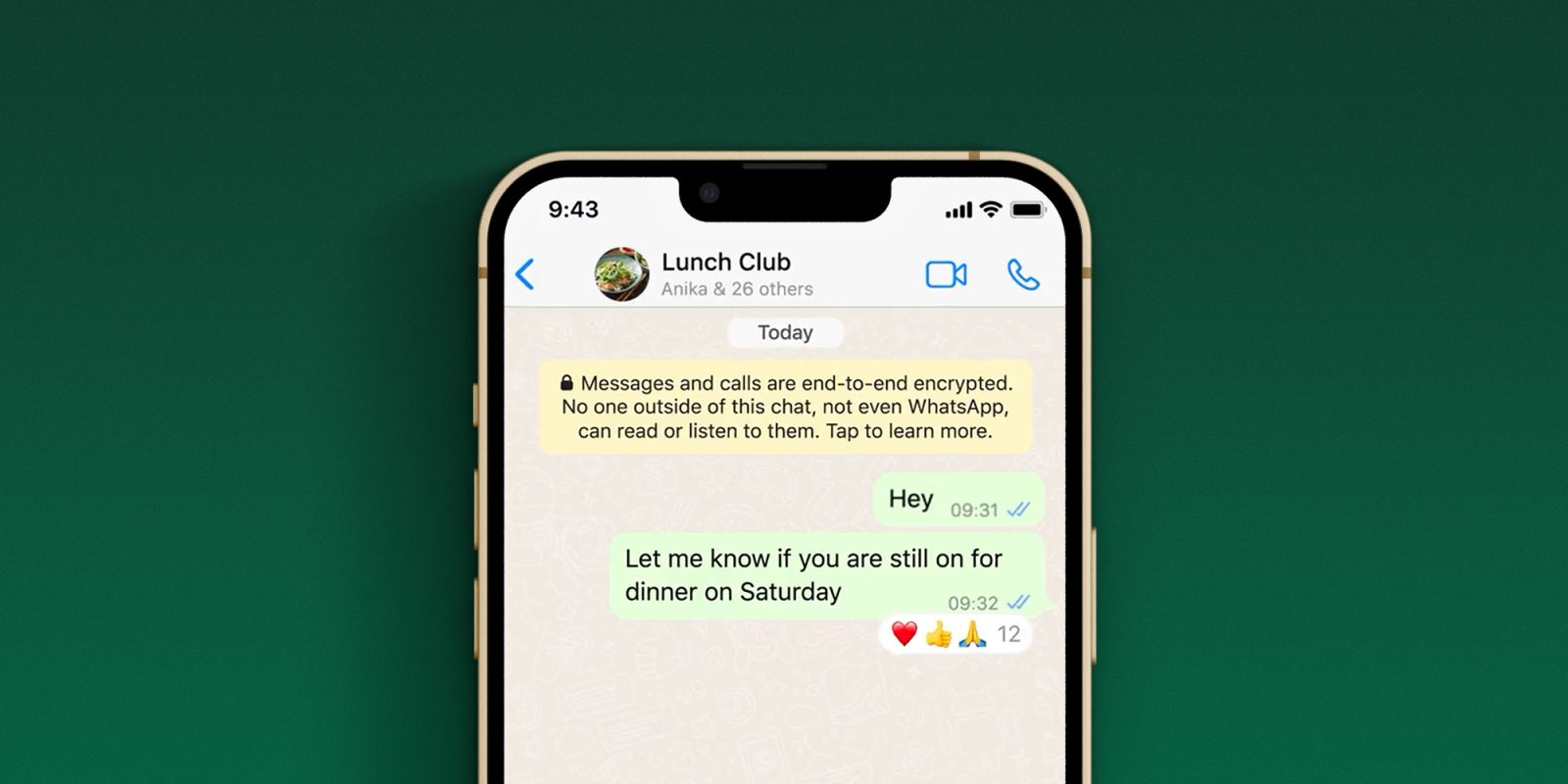 It’s been a while since 9to5Mac reported that WhatsApp was developing Reactions and Community features. Now, the company has finally announced both of them as official. Here’s everything you need to know.

According to a press release, Communities function will be focused on organizations like schools, local clubs, and non-profit organizations.

Communities on WhatsApp will enable people to bring together separate groups under one umbrella with a structure that works for them. That way people can receive updates sent to the entire Community and easily organize smaller discussion groups on what matters to them.  Communities will also contain powerful new tools for admins, including announcement messages that are sent to everyone and control over which groups can be included.

In addition to communities, Groups will also see a revamp – whether or not they are part of a community – with up to 32 person audio calls, reactions, file sharing up to 2GB, and the ability for the admin to delete messages.

The company’s CEO, Will Cathcart, announced that Reactions will start as six emojis only, but as spotted by WABetaInfo, will evolve to something similar to reactions on Instagram.

WhatsApp says “it’s early days for Communities” on the app “and building the new features to support them will be a major focus of ours for the year to come,” which means we still will have to wait a bit more to take advantage of all of these features.

9to5Mac will let its readers know when these functions are finally available. What do you think of them? Share your thoughts in the comment section below.