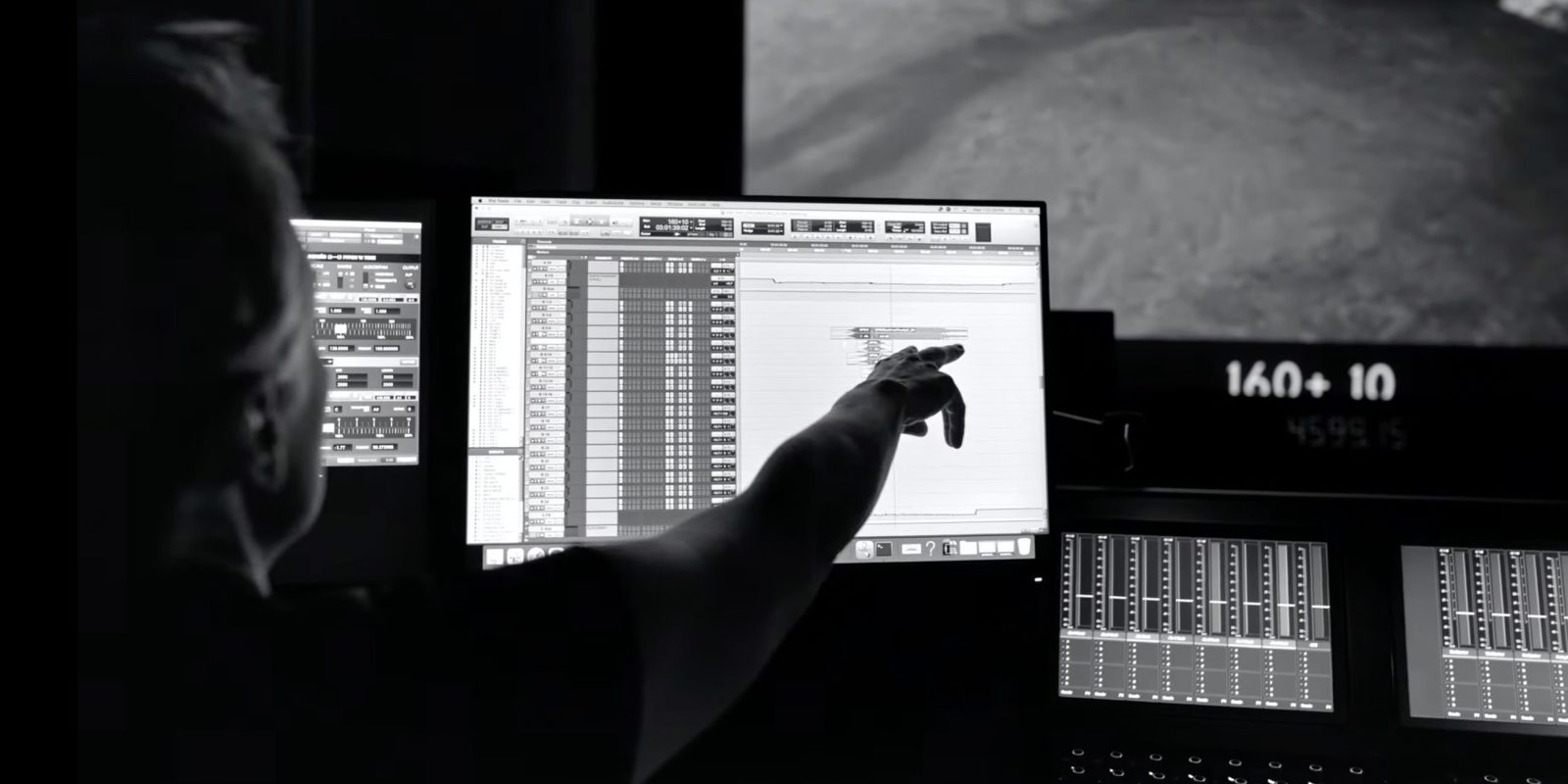 The Star Wars sound design is every bit as iconic as its visuals. Darth Vader’s breathing, the bleeping dialogue of R2-D2, the buzzing of light sabers, Chewbacca’s roars, the Starfighter lasers – all of these sounds and more are instantly recognizable and immediately evoke the related visual imagery.

Apple has shared a 16-minute Behind the Mac documentary on how George Lucas’s Skywalker Ranch facility creates the sound effects that help bring the Star Wars universe to life, and the role which Macs play in this …

Apple’s documentary short Skywalker Sound: Behind the Mac (below) offers a fascinating look into the rarely seen world of movie sound design.

It’s often said that sound is at least as important as video when it comes to a movie. Perhaps more than 50%:vPeople will watch a poor-quality video if they are caught up in the story and the dialogue is clear, but they won’t watch great videography with hard-to-hear dialogue.

But dialogue is only part of the story. There is a huge range of background sounds, from mundane ones like footsteps to iconic ones like light saber battles, which play a huge role in bringing a scene to life. This is what lead Star Wars creator George Lucas to build a huge facility dedicated to this.

This is the site of Skywalker Ranch, the vast facility owned and conceived by George Lucas, the creator of the epic Star Wars universe. The cornerstone of the ranch is Skywalker Sound, a world-class sound design, editing, mixing, and audio post-production facility. The 153,000-square-foot, red-bricked building [is] surrounded by vineyards and the man-made Lake Ewok […]

Macs are absolutely integral to the facility. Ben Burtt, the sound designer for the original Star Wars films, says that he started with a Macintosh SE, which he used for writing. It was that experience, he says, which helped prep him for the digital sound editing process that would follow.

“Sound editing in a way is really the same as word processing; cutting and pasting files,” Burtt continues. “All the experience I had on the Mac immediately gave me training for what came along in cutting digital sound. I started cutting using a Mac with Final Cut in the late ‘90s, and now have four Mac computers. Each handles a different process: one for picture editing, sound editing, manuscript writing, I’m completely surrounded. They’re labeled Alpha, Beta, Gamma, Delta.”

(Yeah, I also want to know what the fourth one does.)

Sound editor Ryan Frias gives a tour of Skywalker Sound’s central machine room, which he describes as “basically the brains of all the stage operations.” “As creative people, you don’t want technology to slow you down,” he says. “When you have a thought and you really want it out there on a blank canvas like that, you really need fast tools that can give you the results as fast as you think.” The studio’s force of 130 Mac Pro racks, 50 iMac, 50 MacBook Pro, and 50 Mac mini computers running Pro Tools all connect remotely to this central power source.

One sound designer even uses an ancient PowerBook!

“I love happy accidents and I love breaking technology and getting unexpected results,” says Nelson. “I love to play with digital systems that are clocking wrong, meaning the way the bits are flowing. It’s broken, it sounds like bad radio. I have a really old PowerBook, and it has certain old software I like to use; I can feed recordings into it and digitally break them.”

The full piece is well worth reading, and you can watch the video below.

On a personal note as an amateur videographer, I was fortunate enough to have encountered the concept of sound design before I made my first-ever film, a one-minute film called The Decisive Moment. So much so that after I created the scene-by-scene storyboard for it, I actually sourced the sound effects before I shot the video. All but one of them made it into the final cut.

If you’re looking for Star Wars deals, for collectibles, LEGO, and more, check out the round-up over at 9to5Toys.