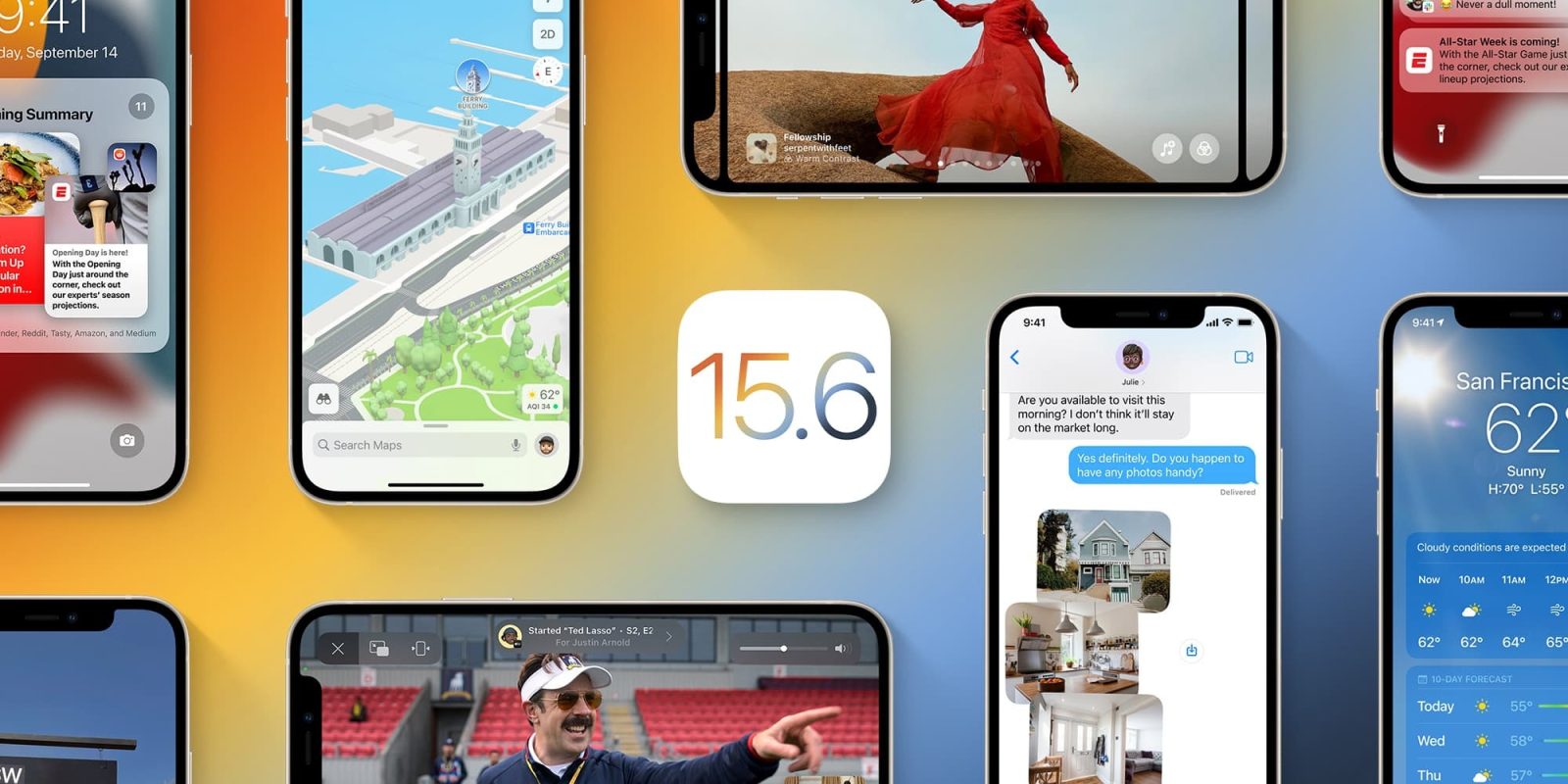 A couple of months after seeding beta 1 of iOS 15.6, Apple is finally releasing this update to all users, alongside iPadOS 15.6. Different from previous versions, there aren’t many new features for iPhones and iPads as Apple is focusing on iOS 16 and iPadOS 16.

Today’s build is 19G71, the same as the Release Candidate version 2 seeded last week. iOS 15.6 focuses on general improvements and bug fixes while tweaking some things here and there. Apple will roll this update over the air in a few moments from now.

In addition to that, 9to5Mac recently reported a bug on Apple Books on iOS 15.5 that Apple also fixed with iOS 15.6. Users were reporting crashes when trying to open any book in the app.

As the company started previewing iOS 16, iPadOS 16, macOS 13 Ventura, watchOS 9, and tvOS 16 in June, people’s focus is on these new operating systems, expected to launch later this fall and that are available to public beta testers as well.

If you spot any other changes in iOS 15.6, let us know in the comments below or on Twitter @9to5Mac. Stay tuned for our full hands-on coverage with the releases right here at 9to5Mac if we find anything new.