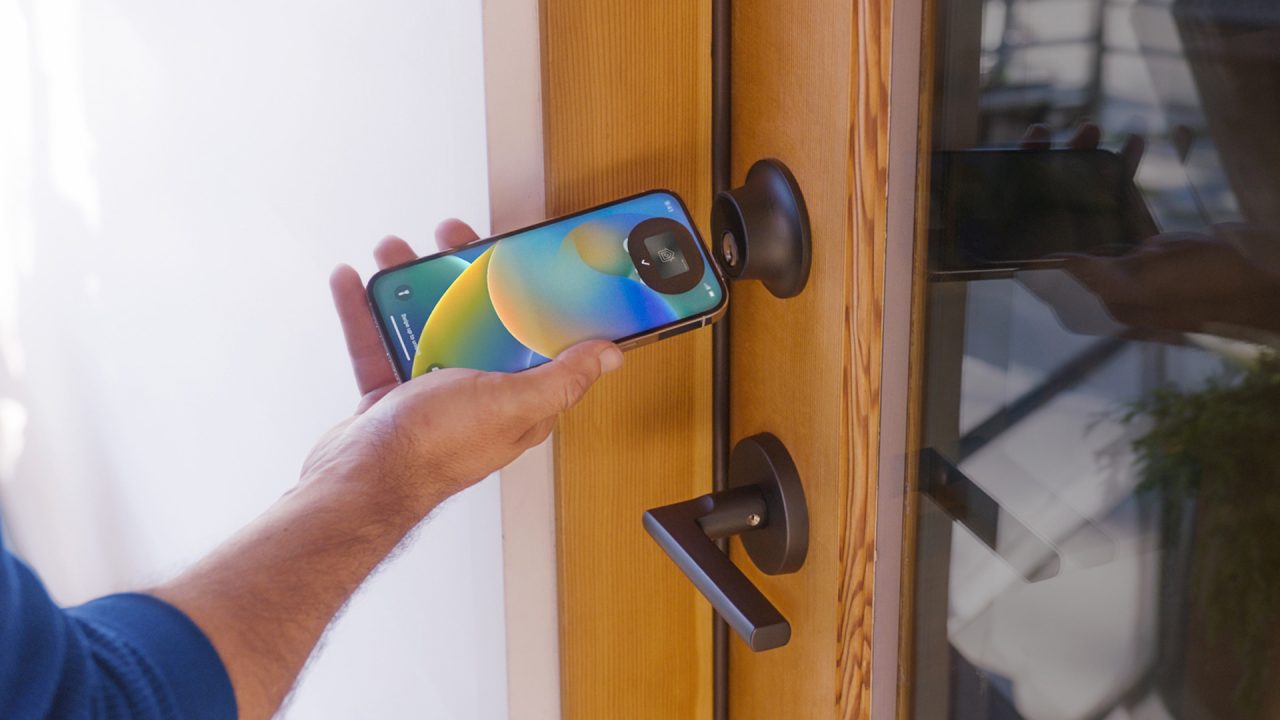 Earlier this week, we shared a statement from smart home accessory maker Level Home about supporting Apple Home Key technology in its products. After saying that this was “certainly not off the table,” the company launched a new smart lock named “Level Lock+” that does work with Apple Home Key.

Update: The Level Lock+ with Home Key is now available for sale in Apple’s online store for $329.25. You can read the original article below.

Level Lock+ is very similar to the already existing Level Lock, which is also a smart lock that lets users lock and unlock doors directly from the Home app on Apple devices. Both products also support NFC cards, regular keys, and guest sharing. But unlike the previous model, the new one also works with Apple Home Key.

For those unfamiliar, Apple Home Key is a feature introduced with iOS 15 that lets smart lock manufacturers integrate these products into the Wallet app so users can open doors just by tapping their iPhone or Apple Watch against the lock. With Home Key, people can also easily share their keys with other iPhone users.

Here’s what the product description says:

The smallest smart lock ever made with technology hidden on the inside of the door. With home keys, simply tap to unlock Level Lock+ using your iPhone or Apple Watch for easy and secure access to your home. People who you share the Home app with can add home keys to their Wallet too.

The new Level Lock+ costs $329 in the United States. 9to5Mac has been told that the product will be officially launched online later this month. It’s unclear at this point whether Level Home has any plans to bring Apple Home Key support for its older accessories.