Scott Forstall was fired from Apple 10 years ago today 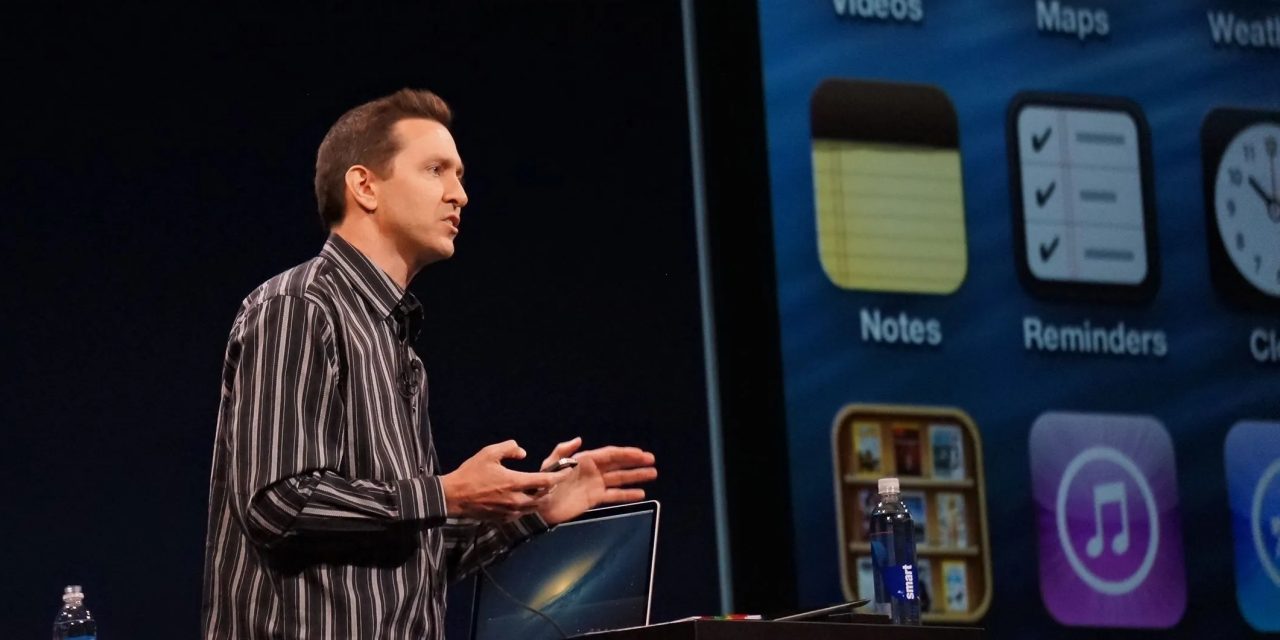 It might be hard to believe, but it has now been a decade since Scott Forstall was fired from Apple. Forstall was replaced by Craig Federighi on October 29, 2012, although he stayed on in a perfunctory advisor capacity for approximately six months after that.

Forstall was one of Steve Jobs’s closest allies at Apple. They would eat lunch and work together constantly. But following Steve Jobs’s death in 2011, rumors began circulating that Forstall was not particularly liked within the executive ranks. Many saw Forstall as emulating Jobs’s ego, and quick to deflect blame. In particular, Forstall was said to clash with Jony Ive, the head of industrial design, so much that they had refused to take meetings together.

While Forstall was known to be disliked (at least at the executive level, many people who reported to him have published wholly positive commendations of his leadership in the years since), the iPhone and iOS were booming, and Forstall’s political credit as the face of Apple’s mobile software division seemed somewhat insurmountable. He may not have had many friends in the executive team, but it was difficult to deny his team’s results. However, then came September 2012 and the launch of iOS 6.

iOS 6 included a brand-new Maps app, using Apple data and cartography, replacing Google Maps as the stock maps app on the phone. The launch was a widespread catastrophe. Apple Maps’ data sources were widely incorrect or incomplete. Navigation was unreliable and the fancy 3D city Flyover feature exhibited model rendering issues for many landmarks. Apple Maps was making national news headlines for all the wrong reasons. Some joked Apple had only tested it in California (this actually turned out to be half-true). Only a week after iOS 6 came out, Apple published an open letter apology admitting that Maps quality was not up to standard. The letter even directed customers to download third-party maps apps like MapQuest and Waze.

This open letter was signed by Tim Cook. It was reported in major newspapers like the New York Times that Cook had wanted Forstall to sign the letter, but Forstall had refused as he perceived the complaints about Maps to be overblown. Cook saw the failure to accept responsibility as the final straw and decided it was finally time for Forstall to go.

The significant executive team shakeup was made public in a press release entitled “Apple Announces Changes to Increase Collaboration Across Hardware, Software & Services.”

Craig Federighi would assume ownership over all of Apple’s operating systems, iOS and OS X (now known as macOS). Eddy Cue was assigned Siri and Maps. Jony Ive would take control over the human interface group, in addition to hardware design.

Although Scott Forstall’s departure was the headline news, Apple Retail SVP John Browett was also fired at the same time. His reign over retail was a disaster, going from hired to fired within the same calendar year. He most notably instated a new retail hiring formula that saw part-time employee hours cut to a minimum (and some layoffs) across the board, seemingly in an effort to cut costs. The impact on employee satisfaction and customer experience in stores was immediate. By August, Apple had reverted the policy completely and the PR group released a statement openly describing the changes as a mistake. In all, his appointment was announced in January 2012, began working in April, and was ousted in October — lasting only seven months in the role.

Jony Ive’s elevated role directly led to the introduction of flat design aesthetics in Apple’s software. Almost as soon as Ive took over, he began working on the iOS 7 design system.

Skeuomorphic objects and richly detailed textures in Apple apps were replaced with stark white backgrounds, line art icons, and buttons so simplified they were only distinguishable by color, lacking any kind of border or background. Engineering teams would deliver the biggest visual change to iOS on a very accelerated development timeline.

The (buggy) first beta of iOS 7 shipped in June 2013, at WWDC. iOS 7’s reception was controversial; some loved it, some hated it. iOS 7 arguably caught up with the wider industry trends, but overshot the mark. Future revisions to iOS have seen the gradual return of things like borders around buttons, some shadowing, and rounded gentler iconography with thicker default line weights and fonts.

To its credit, Apple invested a lot in Maps to make up for the initial rollout mess. They invested and hired around the world to advance their mapping technologies, including one of its first major engineering bases in India. The initial versions of Maps collated data from partners like TomTom. In 2018, Apple unveiled that it was rebuilding Maps from the ground up, and was creating a new data layer that it owned entirely, a major undertaking that included running its own fleets of ground truth vans. This rollout has been positively received, and Apple Maps is competitive to Google Maps in many regards these days. Notably, Maps has remained under Cue’s remit ever since the 2012 shuffle, but oversight of Siri has ping-ponged around various groups — and arguably seen far less progress.

It took Apple a while to find a replacement for retail SVP. It picked up Angela Ahrendts in 2014, who helped unify Apple’s online and brick-and-mortar experiences and worked with Ive to introduce major design changes to the retail stores. Some of Ahrendts ambitions — to turn Apple stores into public town squares — were not as successful, although the essence continues on with the various array of Today at Apple sessions. Ahrendts departed in 2019, replaced by Apple veteran Deirdre O’Brien.

Forstall himself has kept a low profile in the intervening years. He has privately invested in some tech startups, and was a named advisor to Snapchat circa 2015. He has seemingly concentrated on philanthropic efforts and helped produce a handful of Broadway plays. He did surface for the tenth anniversary of the iPhone, in a televised interview with the Computer History Museum.