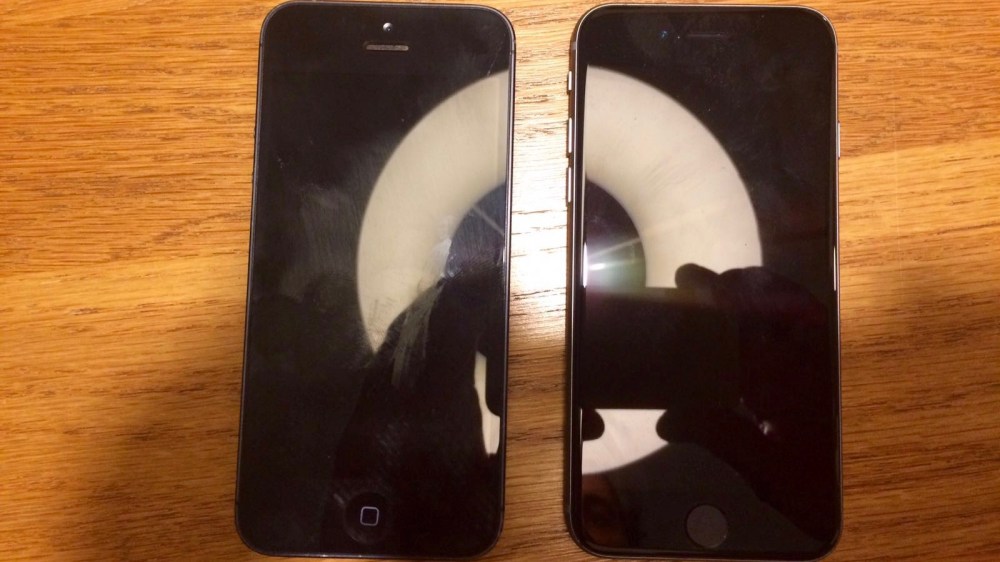 On Friday Mark Gurman reported that a 4-inch iPhone called the iPhone 5se, not 6c, is in the cards with an expected Apple event coming up around March, and over the weekend an interesting photo (above) has surfaced online that claims to show the forthcoming 4-inch iPhone. The image appears to show what could be the updated smaller iPhone with rounded edges and Touch ID as we reported next to an iPhone 5 for scale. The source where the image was first shared, on One More Thing forums, has credibility with surfacing leaked hardware after showing the thinner iPad Air 2 display two years ago as well as the iPad Air design (on what appears to be the same table under the same lamp as the iPhone leak) the year before.