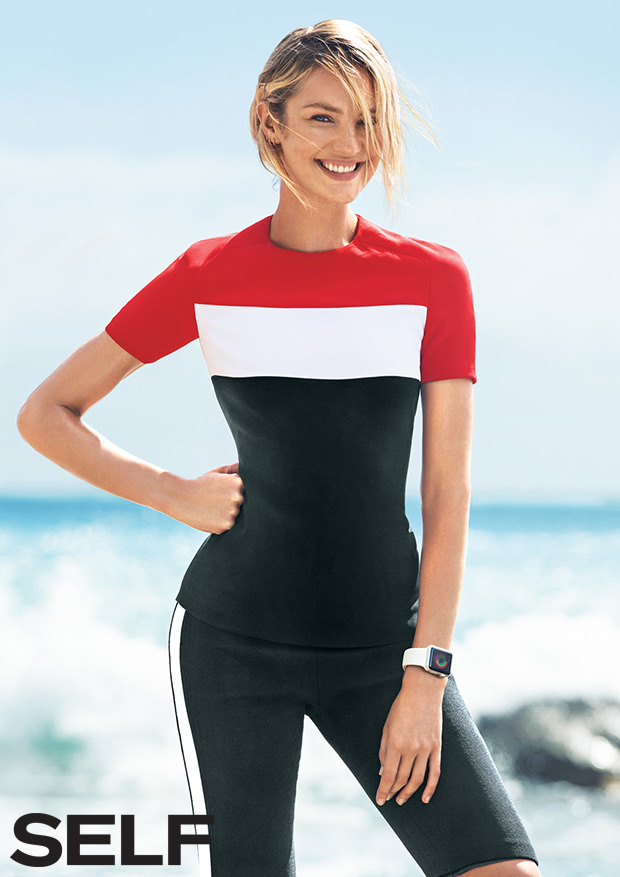 It’s been a few months since the Apple Watch was featured on the cover of Vogue China, but now the upcoming gadget is finally making its debut on the cover of a U.S. magazine this month. Self Magazine announced today that its March issue will feature cover model Candice Swanepoel wearing Apple’s unreleased smartwatch.

Swanepoel’s Apple Watch of choice appears to be the low-end Sport model with the white sport band.