Typo, the Blackberry-like keyboard case for the iPhone, permanently withdrawn from sale

Typo, the iPhone keyboard case that bore more than a passing resemblance to the Blackberry keyboard, is being permanently withdrawn from sale as part of a lawsuit settlement.

Typo Products, co-founded by TV personality Ryan Seacrest, launched the original version of the keyboard early last year. Blackberry wasted no time in suing the company for alleged patent infringement, winning an injunction against its sale and later collecting $860k in damages.

Undeterred, Typo released a modified version of the keyboard which it claimed didn’t infringe Blackberry’s patents. Blackberry disagreed and took Typo back to court again. Blackberry says that case has now been settled, with Typo agreeing to permanently withdraw its iPhone keyboard cases from sale.

The settlement refers to keyboards for devices “smaller than 7.9 inches,” meaning Typo is free to continue selling its iPad mini model. 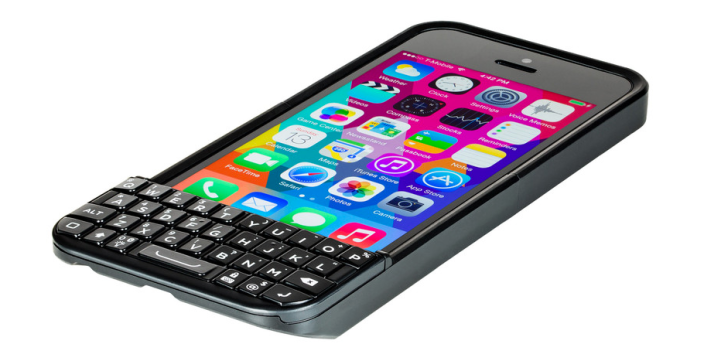 Following a US District Judge in San Francisco ordering Typo to pay BlackBerry $860,000, the Ryan Seacrest-backed company now faces another suit from the Canadian smartphone maker for continuing to sell its iPhone case with an integrated hardware keyboard. END_OF_DOCUMENT_TOKEN_TO_BE_REPLACED

The Typo iPhone keyboard is back again after lawsuit, but maybe not for long

Seacrest’s Typo, the BlackBerry-like physical keyboard for the iPhone, didn’t last long the first time around. BlackBerry sued, describing it as “a blatant infringement against BlackBerry’s iconic keyboard,” and succeeded in getting an injunction against the $99 accessory.

Seacrest – the company co-founded by American Idol host Ryan Seacrest – responded by redesigning the keyboard and is now taking pre-orders for the Typo 2. The new model features a backlight, battery indicator and lock key, but otherwise looks strikingly similar to the original.

The Typo iPhone case has been blocked from sale by BlackBerry, according to a report from Reuters. The smartphone maker sued over the design of the case earlier this year, saying that it infringed on several of the company’s patents and its “iconic” keyboard design. The case is designed to add a BlackBerry-like keyboard to the iPhone 5 and 5s.

The injunction blocks the sale of the Typo, which is made by a company co-founded by TV personality Ryan Seacrest. A San Fransisco federal judge ruled that BlackBerry had established a “likelihood” that the Typo case infringed on its patents, while the case maker was unable to prove that it had not.