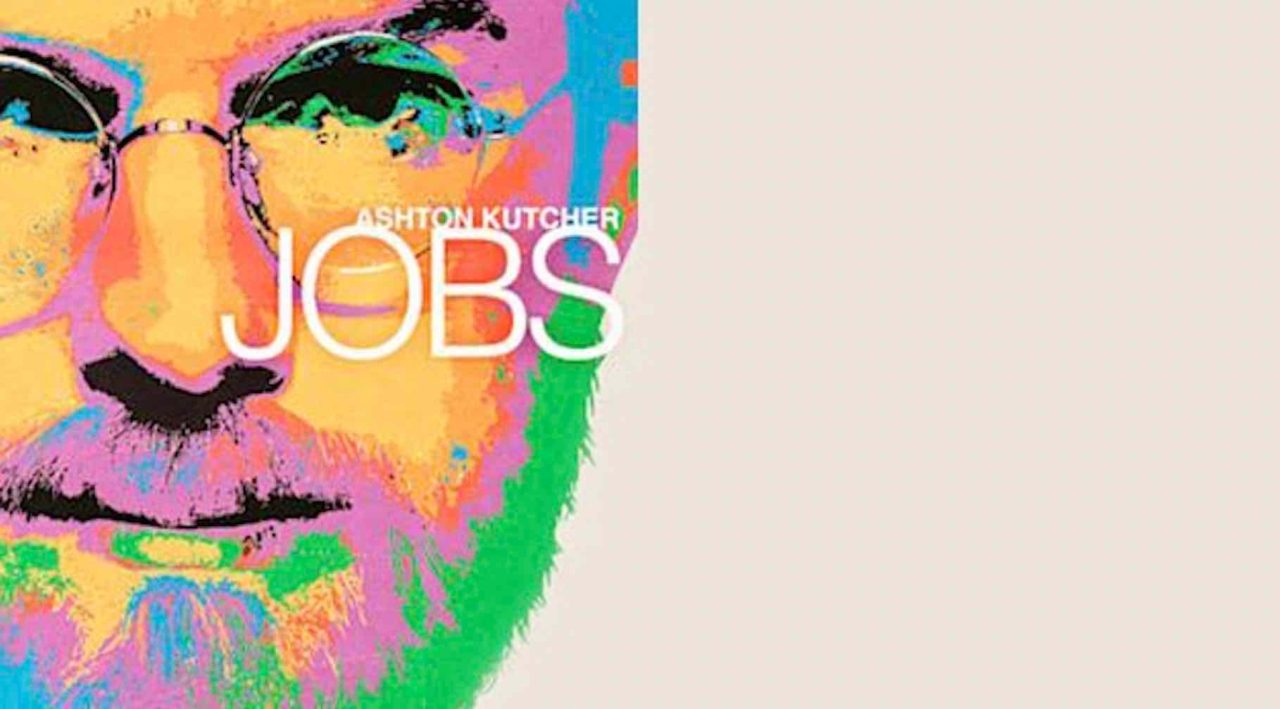 ‘Jobs’ opens with Steve walking onstage in 2001 to introduce the original iPod at Apple’s Town Hall. I was nervous right away. While Ashton sure sounded, walked, and looked like Steve, the entire scene just seemed a little off. Fortunately, this was a brief opener, and the scene cuts back to Steve’s college days. Although the first 10 minutes or so of the film start a little slow, the plot quickly becomes fascinating. Even to me, someone who has heard the story of how Apple came to be dozens of times before. Early on in the film, we begin to see Steve’s character take shape as he scams his friend Steve Wozniak out of more than $2000 after asking him to help with a project he was working on at Atari. I was glad to see that the film doesn’t strive to portray Steve Jobs as some larger-than-life hero, but, instead, presents a fair look at his character and personality, which, at often times, was less than charming. For those learning about Steve’s life for the first time watching this film, it’ll provide quite a shock.

Much of the remainder of the film progresses like you’d expect- assuming you know the history of Apple. Woz and Jobs work on the Apple I in Steve’s parent’s garage, they announce the Apple II at the West Coast Computer Faire in 1977, Steve struggles with acceptance as he finds out his girlfriend is pregnant. It’s the same story you’ve all likely heard before, and told in the same way.

The movie’s representation of the 1977 West Coast Computer Faire vs. reality

What It Got Wrong

Like most movies, ‘Jobs’ exaggerates and enhances certain events and aspects of the story for impact. I was expecting this going into the film, and you should too. For example, at the 1977 West Coast Computer Faire, where Apple first demoed the Apple II, the movie depicts Steve Jobs quieting down an entire crowd and dramatically unveiling the computer, almost in a similar fashion to his later keynotes at Apple where he unveiled the iPhone and iPad. As former Apple employees Daniel Kottke and Bill Fernandez explain it, this never happened. Kottke and Fernandez also called out other inaccuracies in the film in an interview, which you can check out here.

‘Jobs’ also gets some technical details wrong, but these are excusable. For example, in the Byte Shop, the computer store which would be come the original retailer for the Apple I, the shelves of the store appear to contain 1981 IBM PC monitors, although the scene in question is supposed to depict the year 1976. All but a few viewers won’t notice these minor oversights, however, and it doesn’t detract from the viewing experience at all. I was also puzzled by the representation of Jony Ive towards the end of the movie. Jony’s character was, undoubtedly the farthest from reality in appearance. Even though his mannerisms and voice were spot-on, the role didn’t quite seem to fit. Steve Jobs and other original Apple employees outside the garage where Apple began in Jobs.

Finally, there’s a lot of skipped scenes in ‘Jobs’. While it would be impossible to comprehensively tell the entire story of Steve’s life within a 2 hour film, some of the areas of focus and neglect in the film were questionable to me. Notably, the movie entirely misses any mention of Ronald Wayne, Apple’s third founder and designer of the original Isaac Newton Apple logo. There’s also little mention of Steve’s endeavors with NeXT, only enough to tie together Steve’s eventual return to Apple. For viewers unfamiliar with Apple’s story, the plot might become a little confusing at times. Although much time was spent on the fact that Steve had a daughter he wouldn’t take responsibility for, no further mention of the issue arose until we see Lisa living happily with the rest of the Jobs family years later. Some clarification here would be nice. Jobs and Woz working on the original Apple I

What It Got Right

For as many things as ‘Jobs’ got wrong, it also got a lot right. I found many of the actors to be great choices for their roles. Notably, Steve Wozniak, played by Josh Gad, and Mike Markkula, played by Dermot Mulroney, seemed incredibly realistic. Their roles helped back up the character of Steve Jobs, showing how his abrasive and often arrogant personality affected not only his co-workers, but friends and family as well. I also really enjoyed how the scenes depicting both the Lisa computer and Steve’s daughter Lisa progressed. By combining and weaving together the events, the movie subtly portrayed Steve’s outward feelings towards the situation with his girlfriend and daughter, and how he truly felt, as expressed through his possessiveness and care towards the Lisa computer project, which was ultimately taken away from him.

Although many have criticized the time period (1975-1997) that ‘Jobs’ depicts as being too limited, I think the right target was hit. Most people are familiar enough with the modern Apple (1998-present), that including the more recent years in the film would’ve only detracted from the level of detail spent describing Steve’s early life. Additionally, as shown in the mediocre opening scene (the first iPod introduction), modern-day Steve Jobs is an incredibly hard role to play. So well known is his character and personality, that perhaps covering more recent events in a way that was anything but perfect would’ve made the film look incredibly amateur and unimpressive. When reviewing a movie about Steve Jobs, it’s hard not to draw influence from Pirates Of Silicon Valley, perhaps the most comprehensive film about the rise of Silicon Valley to date. However, it’s important not to confuse the two. ‘Jobs’ is about Steve’s life and experiences at Apple. It isn’t meant to show the technical details of how Apple works, or how the computer industry came to be. It isn’t supposed to detail the intense battle between Microsoft and Apple in the 1980s. It’s about Steve Jobs. And as a movie depicting the early life and personality of such an influential man, I found it thoroughly enjoyable and entertaining.

Ashton Kutcher gets the Jobs done.