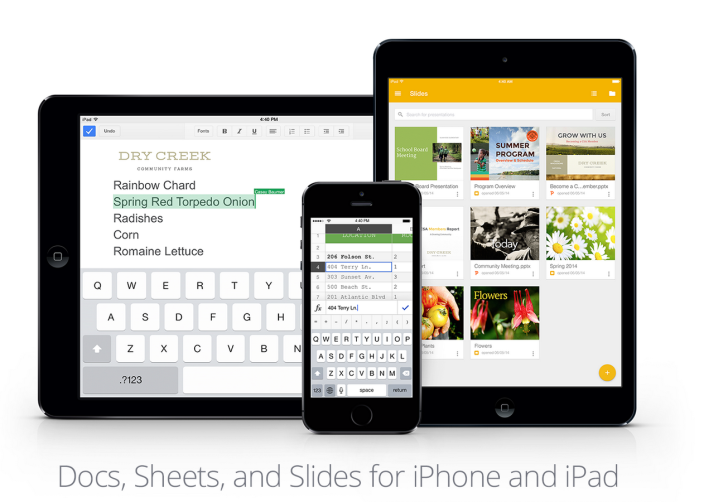 Google today announced that it’s releasing a version of its Google Drive Slides app for iPhone and iPad alongside updates to its previously released Docs and Sheets apps for iOS devices.

Released today, Slides offers the same functionality as Google’s web based version of the presentation software allowing users to create and edit new presentations, collaborate with others, and work with Microsoft PowerPoint files. Here’s a look at the new Slides app for iPhone and iPad available for free on the App Store now:

As for the Docs and Sheets apps, they both get updates that bring new features including the ability to open, edit, and save Microsoft Excel files in Sheets and Microsoft Word documents in Docs. Sheets also gets the ability to view charts, insert formulas, and use find/replace.

Google notes that with today’s release of the Slides app for iPhone and iPad, all three of its Google Drive productivity apps are now available across desktop, Android phones and tablets, and iOS.

Google Slides, and the updated Google Docs and Google Sheets are available on the App Store now.