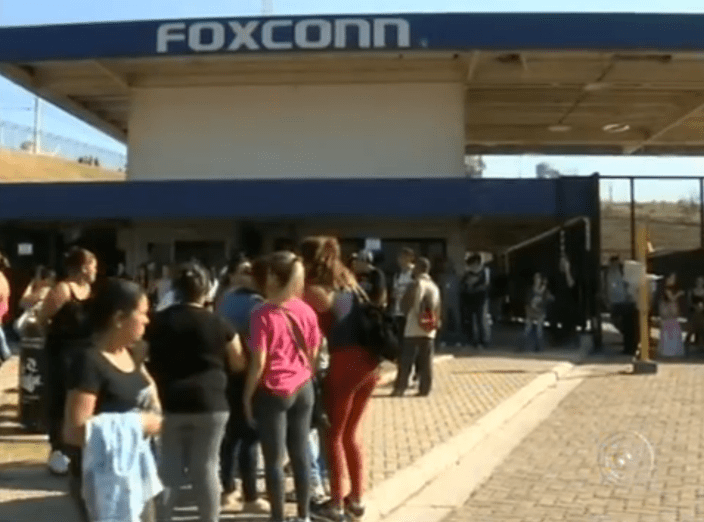 Employees of Apple’s manufacturing partner Foxconn went on strike late last week in Brazil with protests outside the company’s Jundiai factory continuing into today. We received several tips about the strike and translated reports from local news sources such as Globo.com claim all production lines at the factory stopped when the strike involving around 3,500 employees began last Thursday.

The strike, which isn’t the first at the Foxconn facility in Jundiai, hits as Apple takes a record number of preorders for the new iPhone 6 just days ahead of the device’s official launch on Sept 19. While the majority of Apple’s iPhone supplies come from Foxconn factories in China, the Jundiai factory does produce both iPhone and iPad units. It’s unclear how the strike might affect production of the new iPhones and other iOS devices built at the factory. Workers reportedly decided to strike while demanding changes to work and pay policies and have blocked other employees from entering the site.

Brazil isn’t included in Apple’s second wave of iPhone launch countries later this month on September 26, and the company’s website doesn’t yet list an availability date for Brazilians.

Earlier today we got some stats on Apple’s iPhone 6 production woes with The Wall Street Journal reporting that Foxconn is producing around 540,000 units a day at its various facilities.

We’ve reached out to Foxconn for comment and we’ll update if we hear back.