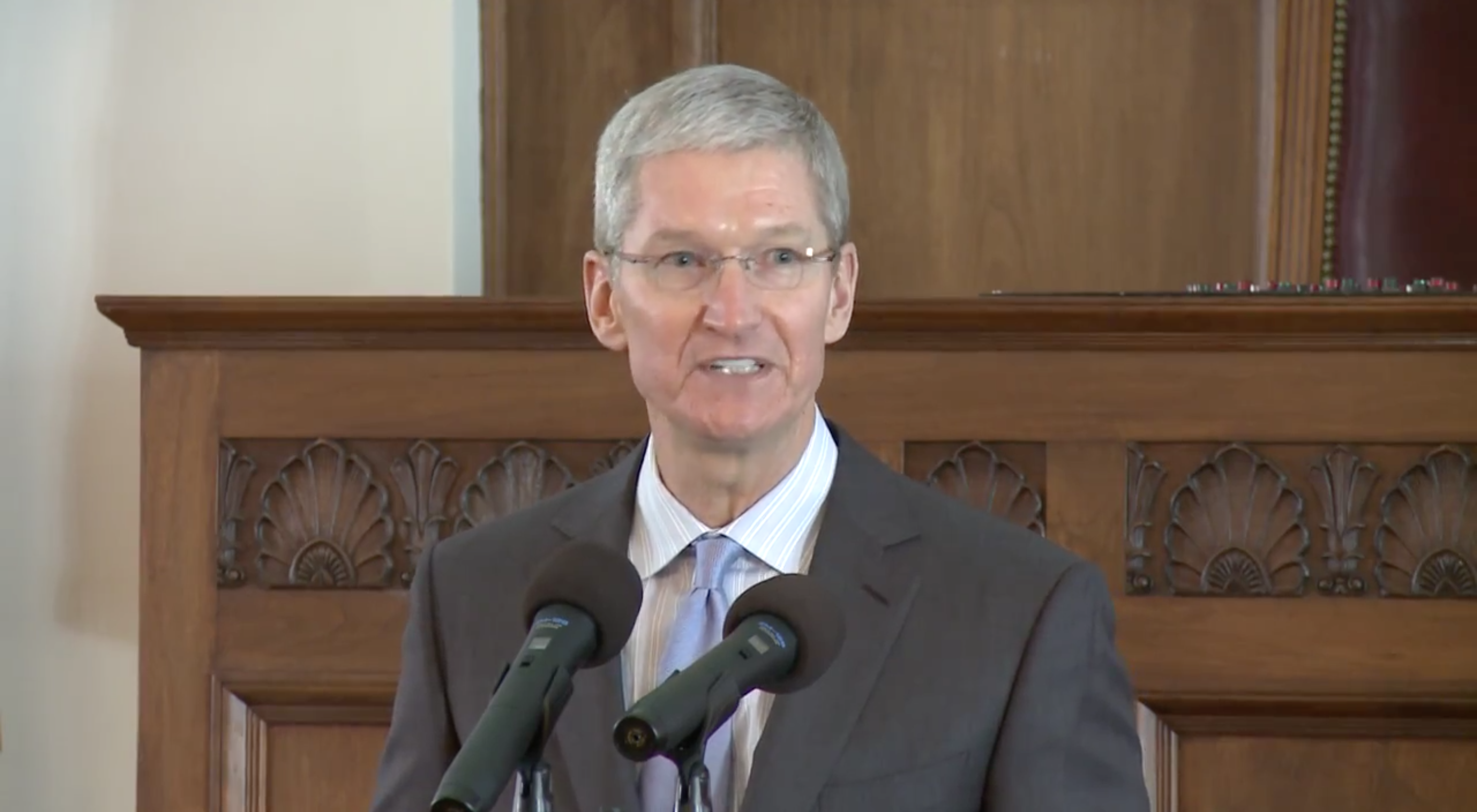 Earlier today, Apple CEO Tim Cook was inducted into the Alabama Academy of Honor today, and during his acceptance speech he took some time to address several issues. The first issue was that of racial equality and his admiration of Dr. Martin Luther King, Jr.’s efforts to promote equal treatment for all.

Cook moved on to slam the state of Alabama, saying that “our state and our nation still have a long way to go before Dr. King’s dream is a reality.” He said that Alabama specifically had taken “too long” to begin making changes and that its progress was “too slow,” noting that it wasn’t until 2000 that interracial marriage was legalized in the state.

Cook then moved to his second issue, pointing out that in Alabama, it is still legal for employees to be fired based on their sexual orientation. He called the state’s pace in addressing that issue “still too slow.”

The CEO then moved on to his third issue, saying that he considers the lack of equal access to quality education to be “one of the greatest civil rights issues of our time.” He went on to discuss his public school education and his belief that a good education is key to the American dream. Cook said that a lack of access to technology and knowledge are having a negative impact on entire communities.

Apple announed today that it plans to help combat the problem by joining the ConnectED program. You can find video of Cook’s remarks below: