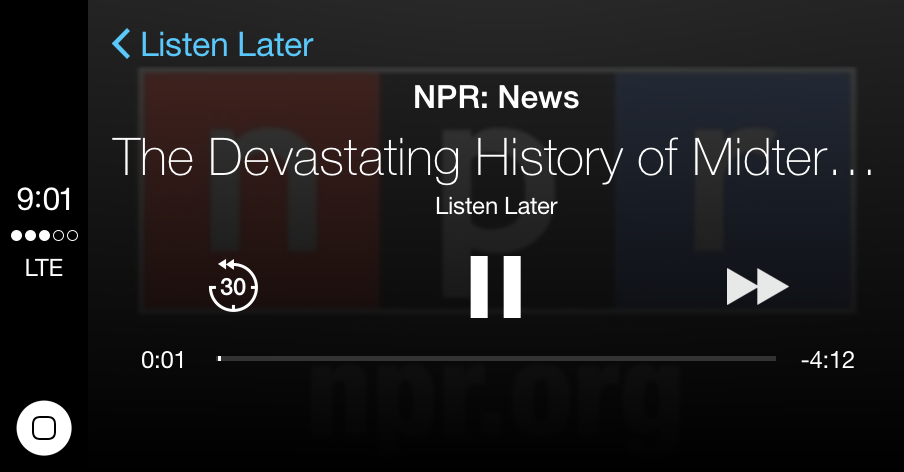 Stitcher Radio, one of Apple’s first CarPlay partners, has released an update that enables the dashboard interface in its popular podcast app. The update also includes bug fixes and stability improvements. The release comes just days after Stitcher was acquired by a music streaming company called Deezer.

Stitcher joins Rdio, Spotify, and iHeartRadio in supporting the in-car UI that was first demonstrated alongside iOS 7 last year. Several other apps, including Apple’s own Podcasts and Beats Music software, are still slated to gain support in future updates.

* Fix for incorrectly resuming after pauses from the wrong spot in an episode (sorry about that!).

* Stability improvements, including fixes for periodic crashing between shows for some listeners.

Stitcher Radio is free on the App Store.