This past week, Apple design head Jony Ive spoke about a range of topics, including the Apple Watch, at San Francisco’s Museum of Modern Art. Ive noted that the development of the Watch was more difficult than the iPhone because of the historical precedence of wrist-worn timepieces. In more interesting news, Ive told the crowd that the Apple Watch will have a cool alarm clock feature that can silently wake up the wearer:

And because it’s a new product, he said there’s “a childlike awe and curiosity” about what the Apple Watch might do. As an example, he spoke about its alarm-clock function. “Just yesterday, somebody was saying, ‘Wow, do you know what I just did? I set the alarm in the morning, and it woke just me by tapping my wrist. It didn’t wake my wife or my baby,’” he recounted. “Isn’t that fantastic?”

We’ve known that the Apple Watch will (obviously) have an alarm clock feature, but it’s interesting to now hear that the alarm clock will wake up the user via the Taptic Engine vibrating sensors mostly designed for the Watch’s communications features. This silent alarm feature is not entirely new to the wearables industry. The popular Fitbit fitness tracker, Pebble smart watch, and Up24 already all include similar functionality. 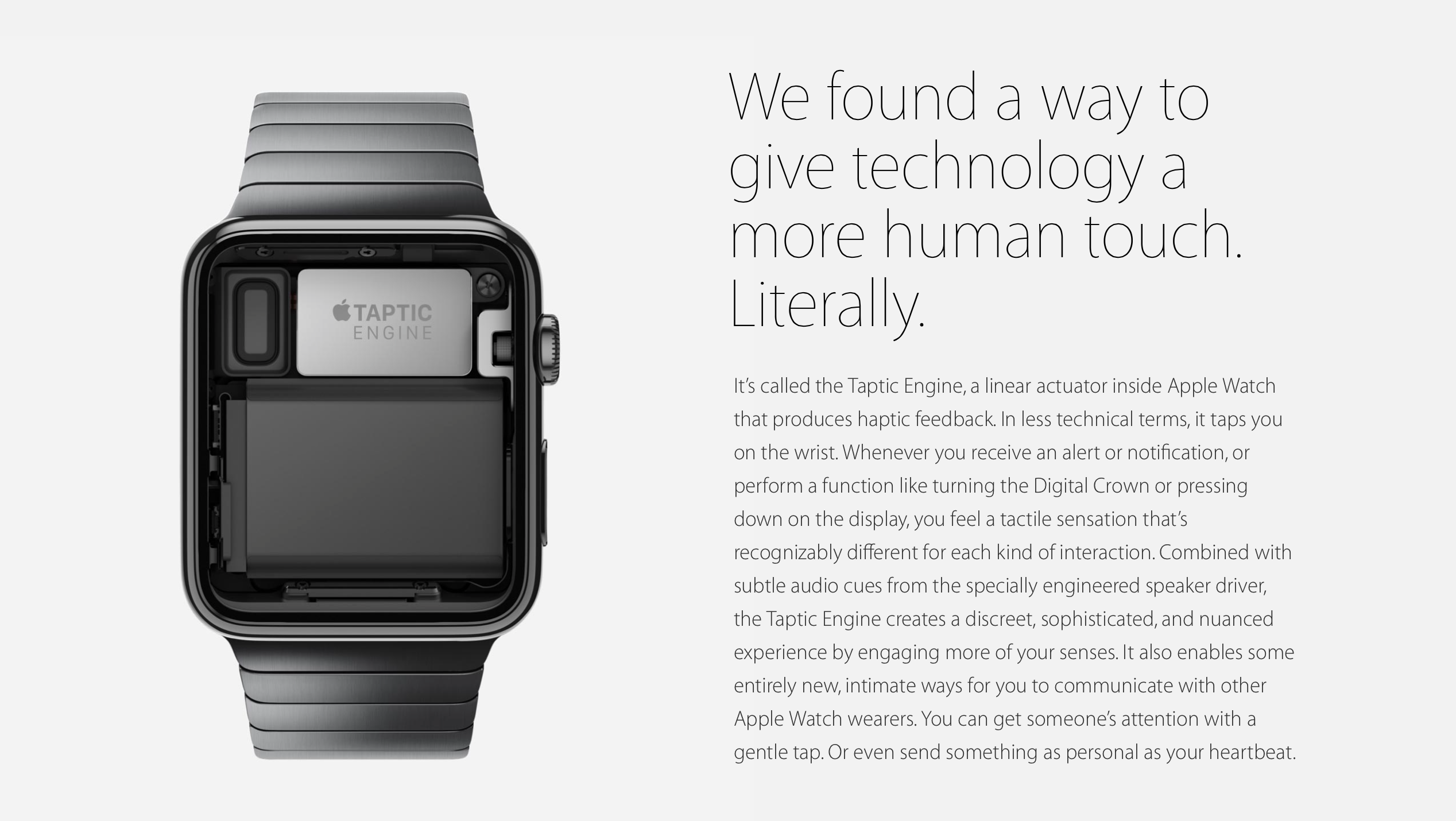 While some people will enjoy this feature, such as in the use case mentioned by Ive, it’s not entirely clear how much use it will have in the first-generation product. As Apple executives, including Tim Cook, have said, users of the Apple Watch will need to charge the device each night. If the Watch will be on the charging stand until you wake up in the morning, the silent alarm clock feature will probably not be so beneficial. On the bright side, the feature will be especially beneficial when Apple implements sleep tracking features in an improved version of the device.

The first generation Apple Watch will ship in early 2015, according to Apple’s earlier announcement, and it will come in various collections distinguished by materials. Apple introduced the Watch alongside the iPhone 6, iPhone 6 Plus, and Apple Pay this past September. CEO Cook has said that Apple will detail more information about the Watch as the ship date approaches.