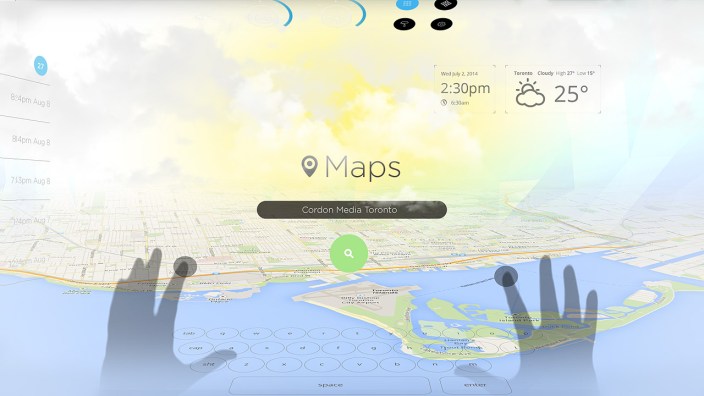 Apple is hinting at its interest in developing apps for virtual reality experiences and hiring engineers to assist in the efforts. The evidence comes from a new job listing that Apple posted over the weekend seeking app engineers experienced with 3D graphics, virtual reality, and augmented reality.

The job listing doesn’t provide many other details in terms of what exactly Apple is working on, but it sure sounds a lot like the company is interested in developing virtual reality and or augmented reality experiences of some kind. As for what “virtual reality systems” Apple is referring to, it’s unclear if the company has plans to integrate software with third-party hardware— like the growing number of iPhone accessories for VR experiences— or perhaps its own virtual reality hardware of sorts.

Even more interesting is the fact that an Apple patent popped up last year showing what looks a lot like an Oculus Rift-style headset:

Apple described the headset as a “goggle system for providing a personal media viewing experience,” but it didn’t make mentions of virtual reality applications specifically. It was awarded the patent back in September of this year.

While much of the focus in the VR space has surrounded the company behind the Oculus Rift headset acquired by Facebook earlier this year, several other companies small and large have announced products that are either just hitting the market or coming soon. Some products are standalone experiences and direct competitors to the hardcore gaming-focused Oculus Rift, while others, like Google’s recently launched Cardboard experiment and Samsung’s Gear VR for its Note 4, utilize an existing mobile device to offer a less expensive, lighter weight solution. Most headsets are pushing gaming as the killer app for VR, but one company I sat down with last week is creating a $99 iPhone case that doubles as a VR experience for more casual app experiences like retail.

All solutions will require app developers to support the platform and build experiences that make the hardware appealing to consumers, but many products like Oculus and Sony’s competitor are still in a beta mode with only development units available.

Apple has published a number of patents related to various 3D iPhone user interfaces, but until today there haven’t been any solid hints that it is actively developing virtual reality software. Earlier this month a report claimed that Apple was developing 3D iPhone display tech and software that doesn’t require the use of special glasses.