Protesters take to 5th Ave Apple Store: “what better place than a big glass building to make a point?” 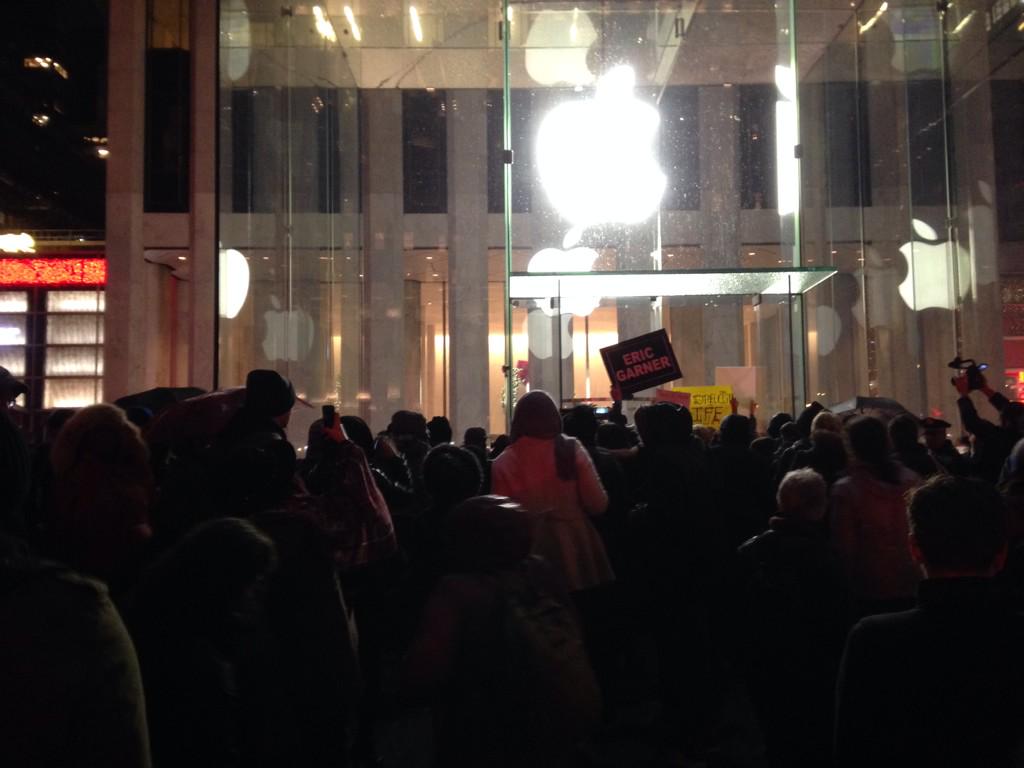 New Yorkers protesting the recent decision of a grand jury not to indict the NYPD officer who killed Eric Garner took their movement to Apple’s iconic glass cube on 5th Avenue earlier today. The protesters staged what Reuters reporter Robert MacMillan called “a mass die-in” inside the flagship Apple Store for about fifteen minutes.

MacMillan tweeted coverage from the protest, which lasted from 6:35 to about 6:50 PM according to the timestamps. MacMillan said that no arrests were made, no looting took place, and the entire event was peaceful overall. When asked why they had chosen the Apple Store, one of the protesters replied that there was no better place “than a big glass building to make a point.”

After leaving the Apple Store, the protesters reportedly moved on to other businesses in the area, including Macy’s and McDonald’s.

More tweets and photos from the protest are below:

Deafening chants in the Apple Store on 5th Ave. "I can't breath" pic.twitter.com/Fv4qomvyaD

How to watch Apple's MacBook event