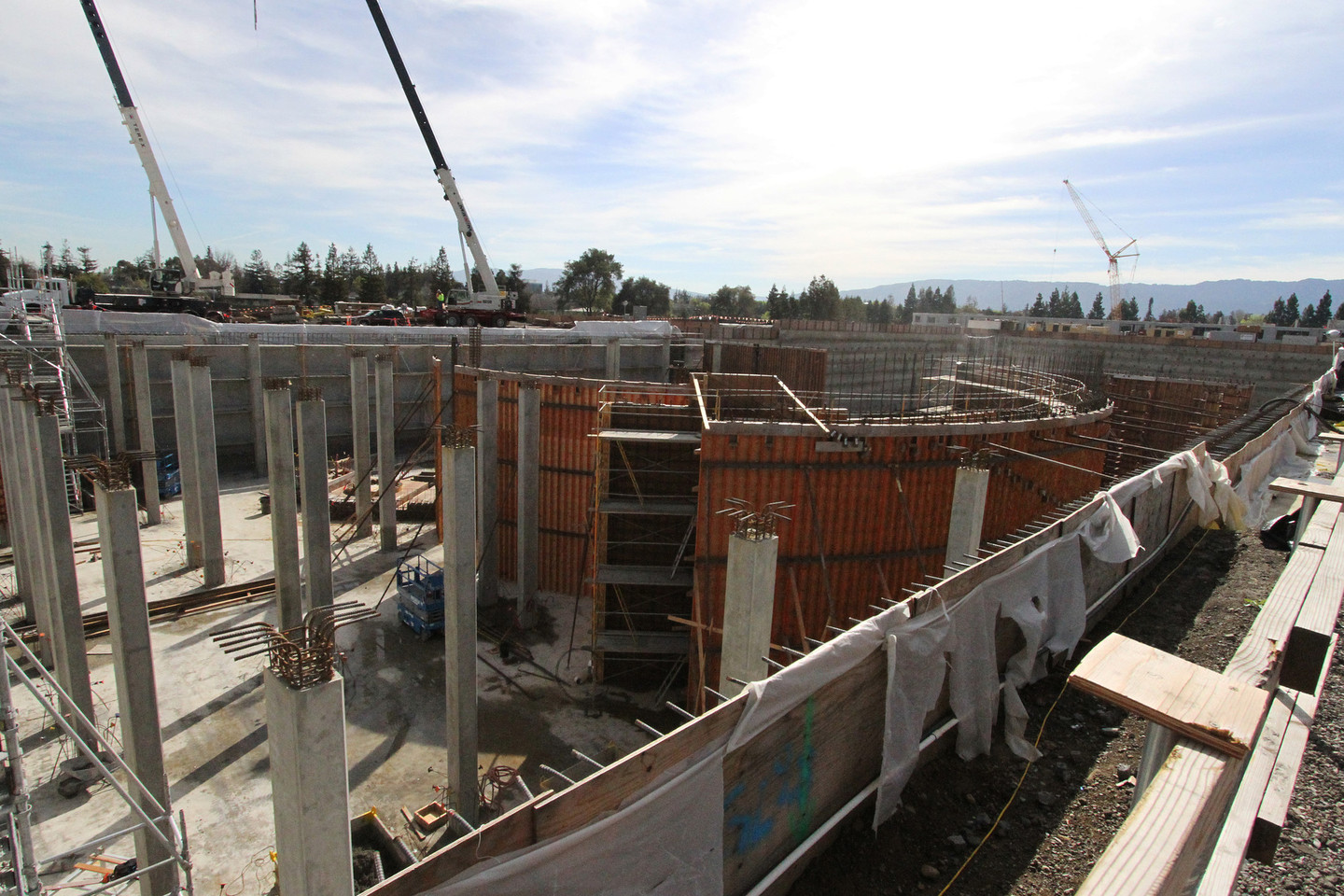 Apple has continued to make steady progress on its new headquarters, and this week provided KQED News with a special “sneak peek” at the construction site. The news outlet has released several photos of some of the major structures on the upcoming campus, and has promised additional photos from the tour will be published later this month.

Last week we got an drone’s-eye view of the progress, which gave us our first look at some of these buildings. The new photos provide another point of view, showing the structures from the ground. This is the first time we’ve seen photos like this for the “spaceship” campus.

KQED reports that Apple is bringing in thousands of trees for use in landscaping, and most of the buildings that were on the site when Apple took possession of it have been carefully deconstructed, and the materials from those structures will be used to rebuild them or to create new buildings.

Apple’s new campus is set to open next year.