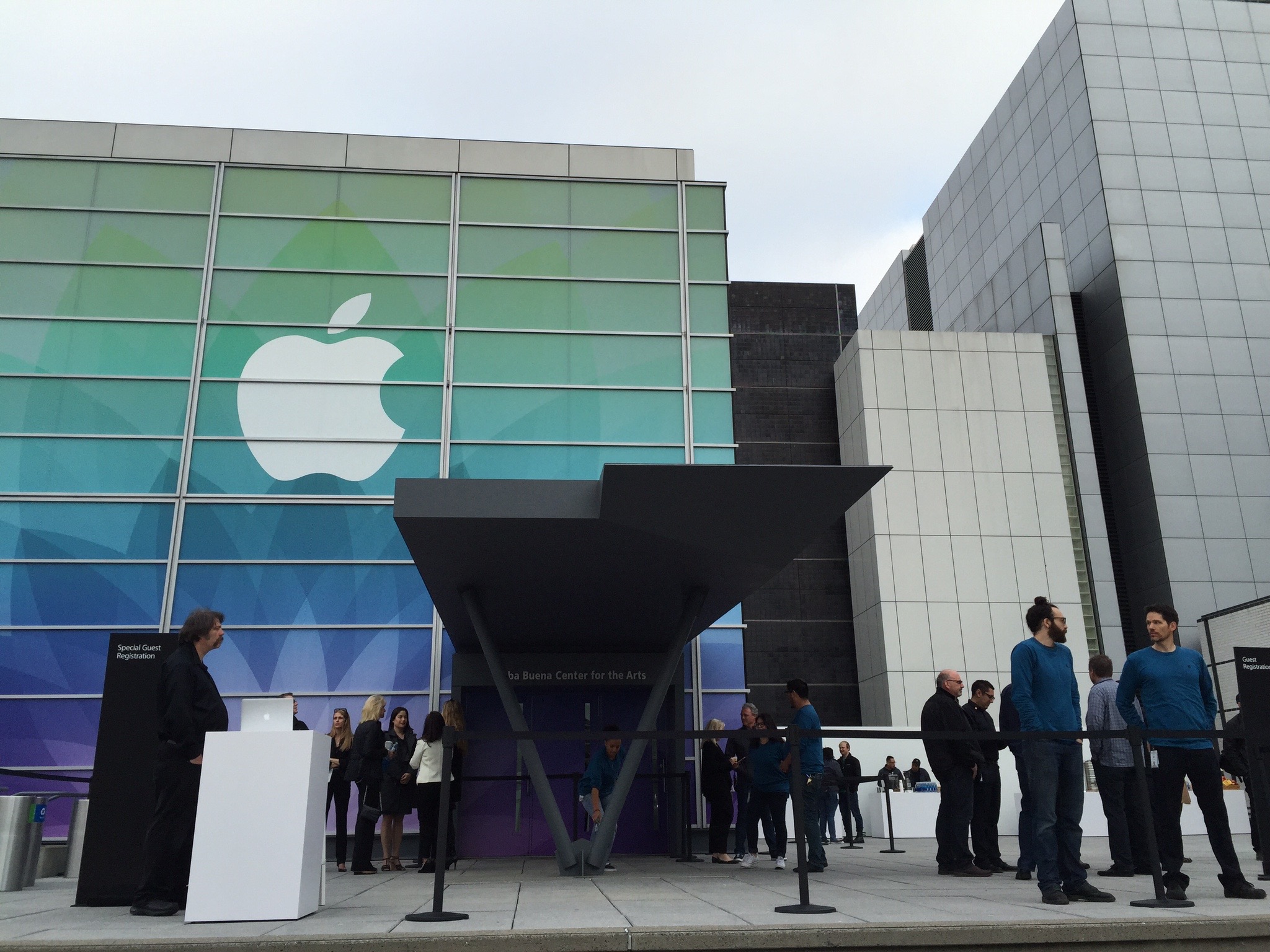 Today’s the day: Apple is holding its “Spring Forward” event at the Yerba Buena Center for the Arts in San Francisco, California. This article contains the latest updates from the event in live blog style; all of our detailed individual stories from the event are now summarized at this link. The event officially began at 10 AM Pacific/ 1PM Eastern time, and our live coverage is below.

– Anyone interested in MacBooks besides me or it is 100% Apple Watch day?

– I wouldn’t eat those

– Some Apple folks have Watches already

Lots of Apple employees wearing the Apple Watch in the back of Yerba Buena pic.twitter.com/w9bAsPWuUs

– Sir Jony on the scene with a new sweater

Jony Ive outside the Apple event in SF pic.twitter.com/EAJiL2IKh8

– Jimmy Iovine already wearing an Apple Watch. No word on if Apple Forgot to give Dre one

– PED from Fortune on scene

– People already inside the event: 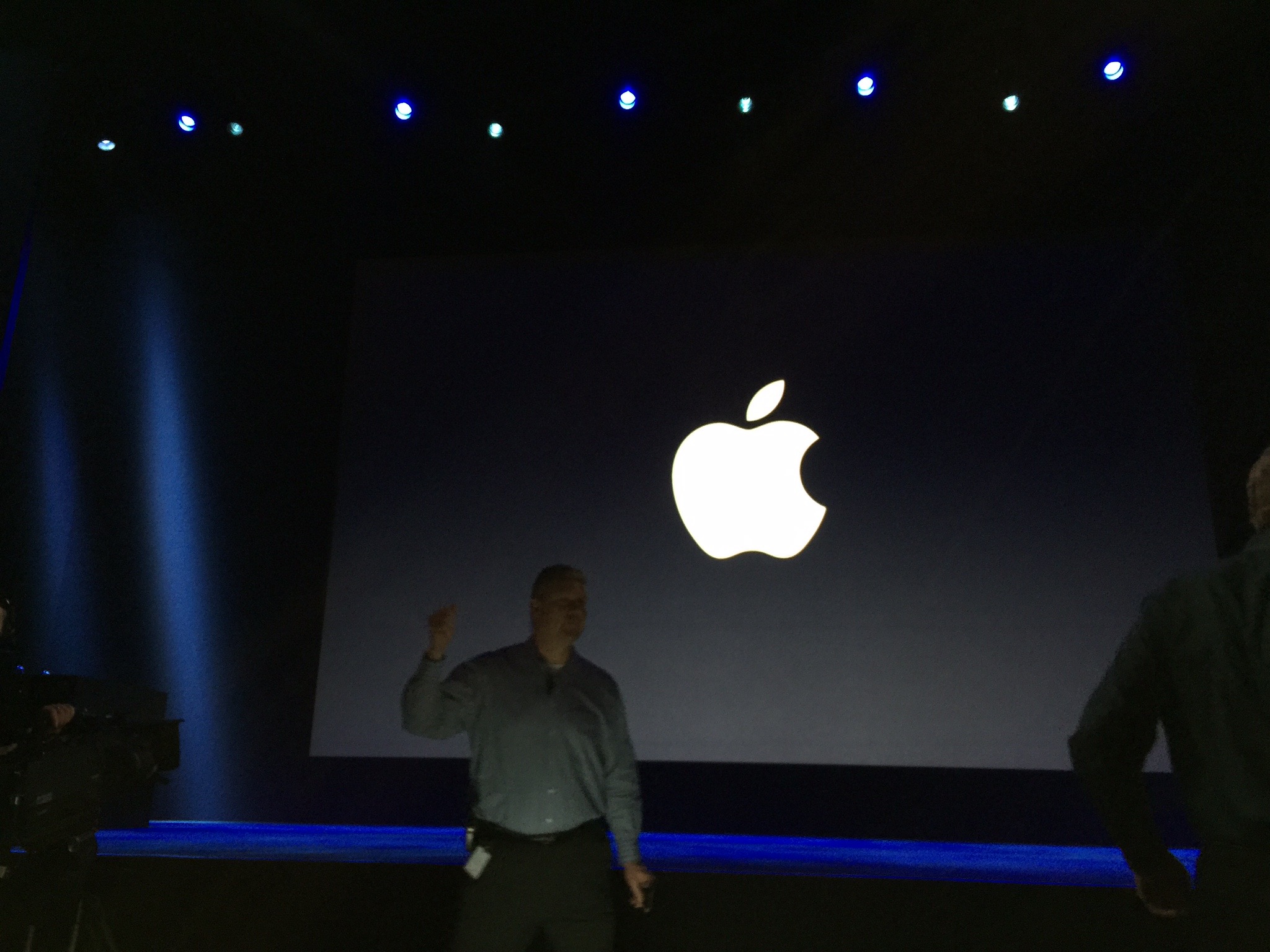 – View from inside Yerba Buena: 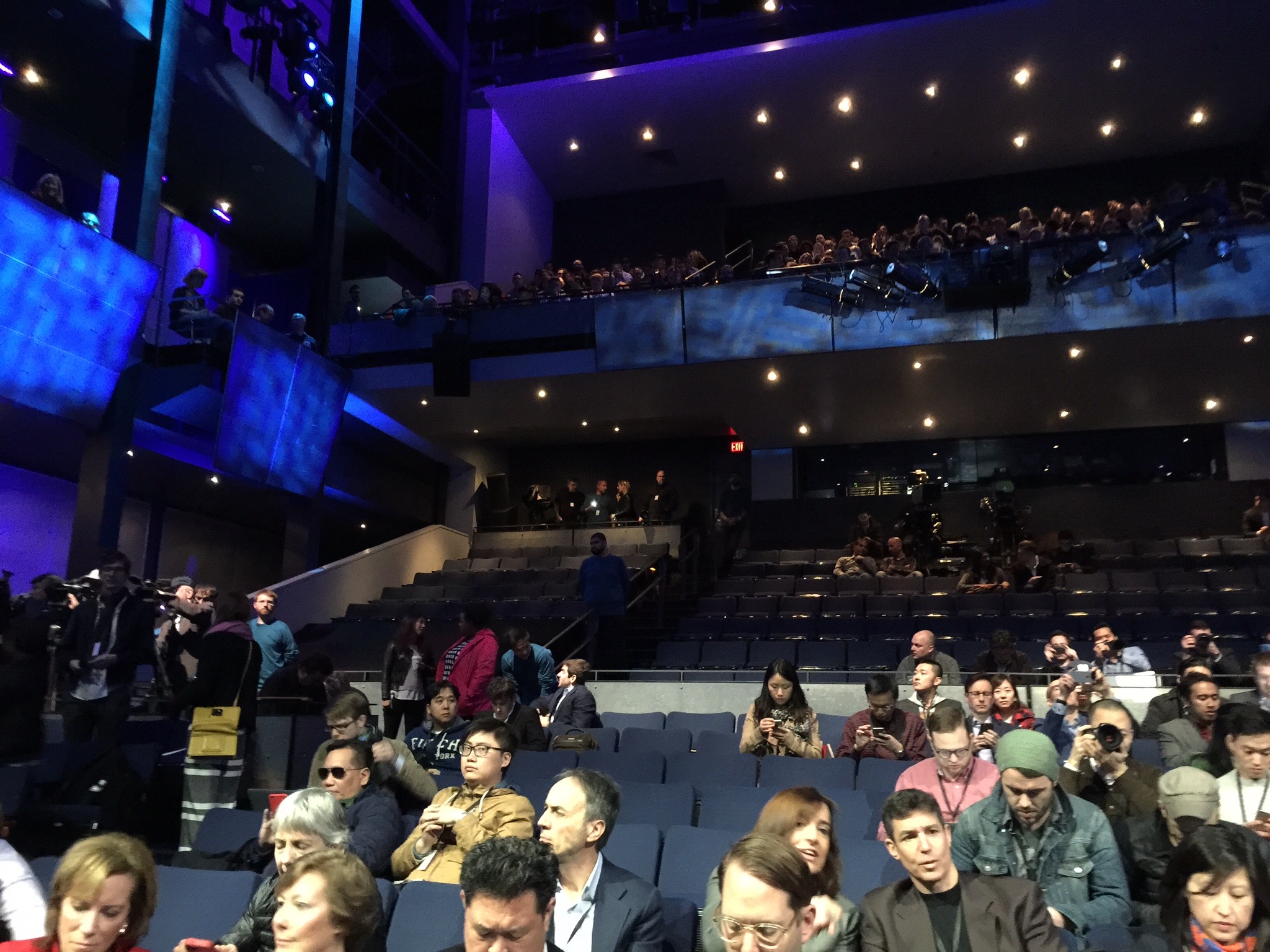 Al Gore in the house at Apple Event! pic.twitter.com/TOU3c0hW6r

Getting psyched backstage listening to I Lived by @OneRepublic.

– Trent Reznor in the audience as well. 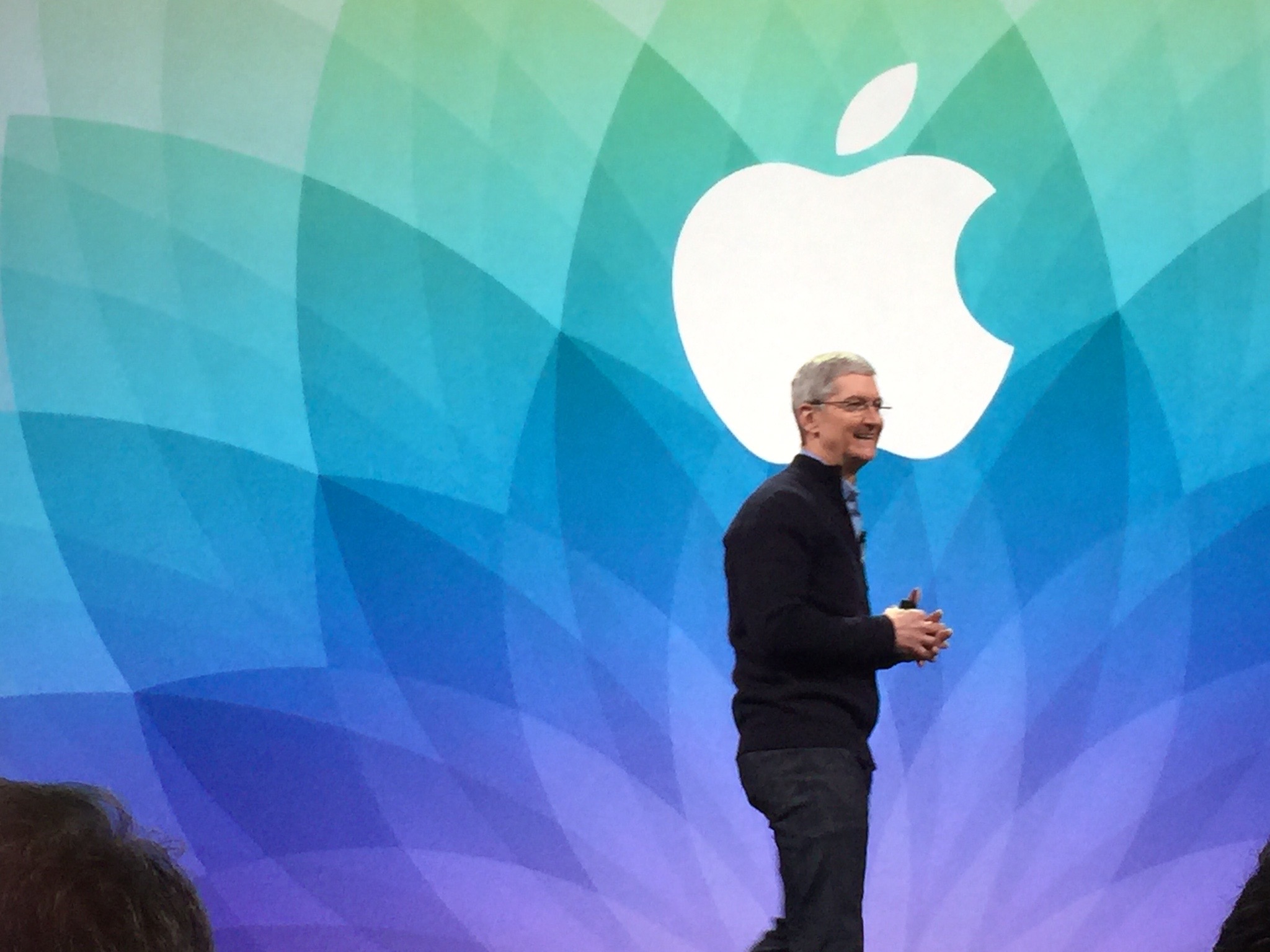 – On to iPhone, Cook says 700 million phones sold to date. Calls the latest iPhones the “best phones in the world.” “The iPhone is growing stronger than ever.” 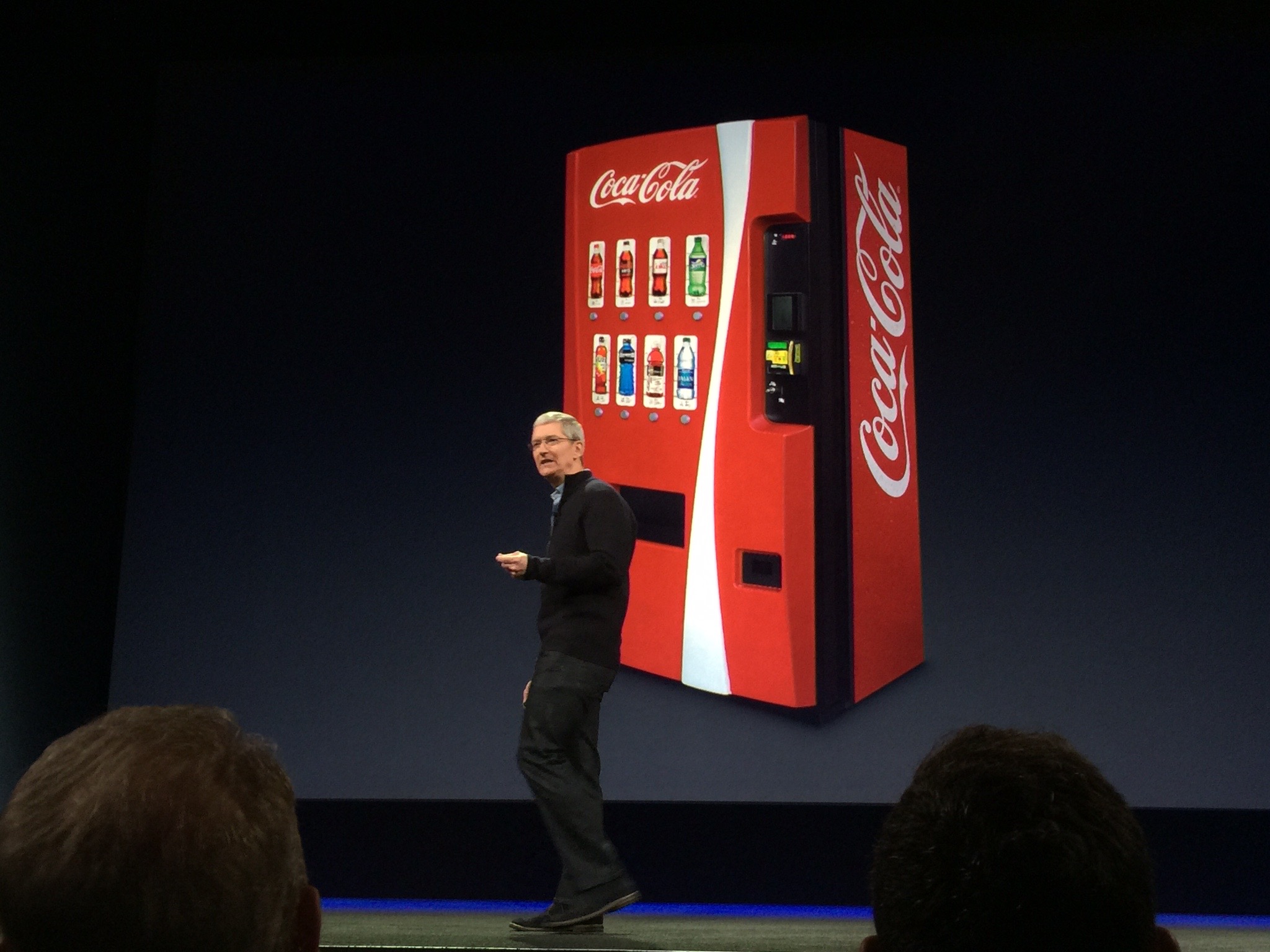 – Cook announces that every major car band has committed to delivering CarPlay. When though? 40 new models of cars shipping by end of this year.

– HomeKit update: more products rolling out through the year, announced at CES.

– Williams announces ResearchKit, a service within Health that allows medical researchers to more easily collect Health data for research purposes. It turns iPhone and the Health app into diagnostic tools. Apple’s been working with many top universities on this, and has developed 5 apps so far.

– Anyone with an iPhone can now contribute to Parkinson’s research with an app called mPower. Tapping tests to evaluate hand tremors. Microphone can use the microphone and the chip and as well motion sensors to measure Parkinson’s disease.

– Privacy with these Health apps. Apple will not see your data. Apple now playing a video with the researchers who worked on the the new Health applications.

– Cook back on stage to talk about the Mac.

– Digital Touch redesigned since it was last shown off. Send people sketches.

Find all of 9to5Mac’s detailed stories from the event, and after the event, at this link.