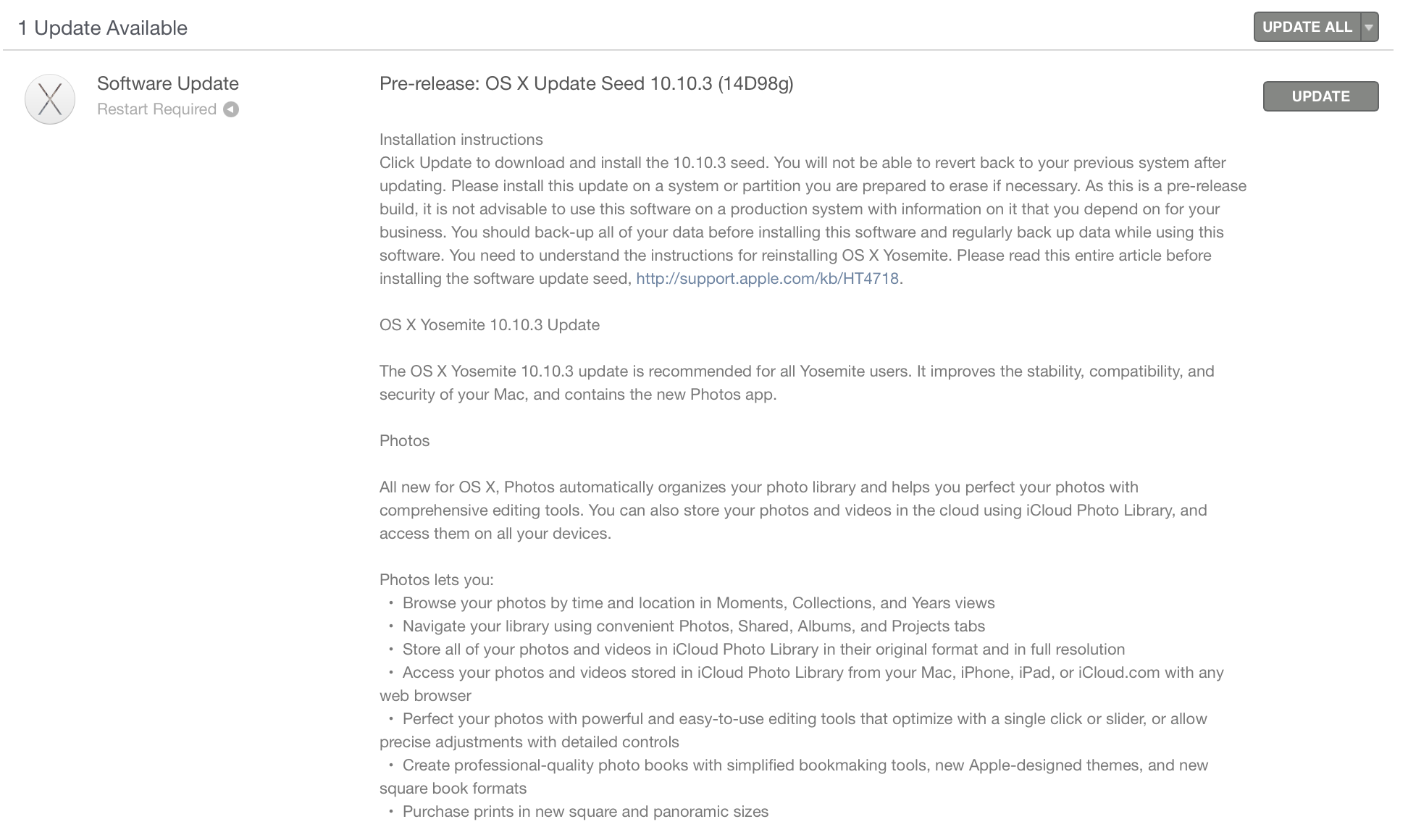 This beta of OS X 10.10.3 contains new developer APIs that work with the Force Touch trackpad in the new MacBook Pro (Retina, 13-inch, Early 2015) to allow a new level of interactivity and control within your apps.

Force click. Apps can have any button, control, or region on the screen respond to a press of stronger pressure. This Force click can provide a shortcut to additional functionality within the app.

Accelerators. Pressure sensitivity in the trackpad enables apps to give users greater control. For instance the fast-forward button in media playback can speed up as pressure increases.

Pressure sensitivity. Drawing and other creative apps can take advantage of the pressure-sensing capabilities of the trackpad to make lines thicker or give the brush a changing style.

Drag and Drop. Apps can add the springLoaded property to their controls so they can react to a Force click gesture while in the middle of performing a drag, for instance to immediately open a new target for the drop.

We’ll keep updating this post with new changes as they are discovered. Apple has also released a new iOS 8.3 build today.

The beta also adds a new Look Up feature, which adds more sources of information to the triple-finger tap popover beyond Dictionary results. It now includes information from iTunes, App Store, movie showtimes, nearby places and other suggestions. This makes it similar to Spotlight in what content can appear.