Not a launch country, Switzerland Apple Store has Apple Watch signage ahead of BaselWorld 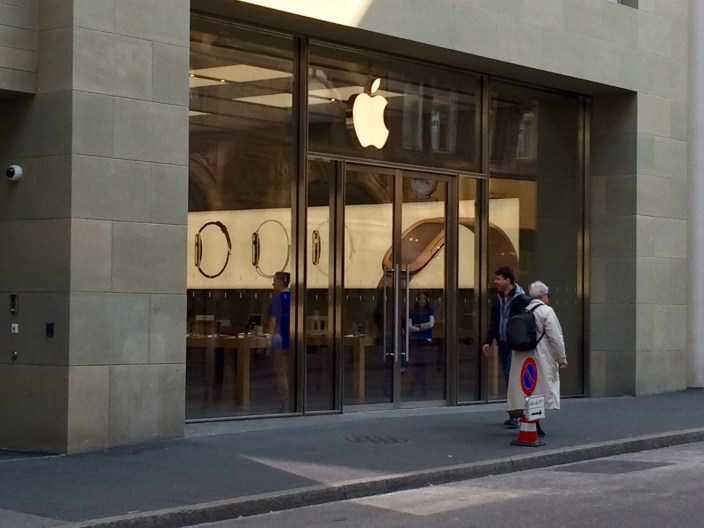 Apple Watch signage in Apple Stores has been going up all around the world since last week, but the Basel Apple Store in Switzerland appears to be especially decked out with Apple Watch promotional material. Switzerland isn’t among the 9 countries where the Apple Watch will be made available on April 24th, but the Basel location is the center of attention for the watch industry this week with BaselWorld, a watch and jewelry trade show, kicking off tomorrow.

We’ve already seen a few of the Apple Watch competitors from Swiss watchmakers launching luxury smartwatches including hardware from Frederique Constant and Alpina and Swatch says it will have its own Apple Watch competitor come to market this year, and we’re expecting to see a whole lot more competition tomorrow.

With Apple offering its Watch at price points ranging from as low as $349 all the way to $17,000, the Swiss luxury watch market has become an area of interest for the company ahead of the Apple Watch’s launch next month.

Jony Ive, in a moment of confidence told by The New York Times last year, reportedly described that existing market once the Apple Watch debuts saying “Switzerland is in trouble.” The Apple Watch has prompted a mixed response from existing Swiss watchmakers however.