Besides the Apple Watch Edition, these models were the last variants of the Apple Watch to not yet ship. We noted this was likely due to the more complex design and manufacturing of these particular band combinations. Apple began shipping standalone Link Bracelets and Leather Loops last week, while the standalone Modern Buckle still reads as “currently unavailable.”

With these models being charged for and preparing to ship this morning, it appears likely that they will actually ship later today and begin arriving at the homes of customers tomorrow. During the April pre-order process, Apple indicated that many of these Watches would arrive between May 13 and May 27th, so it appears that Apple will be hitting the earlier side of that timeframe. 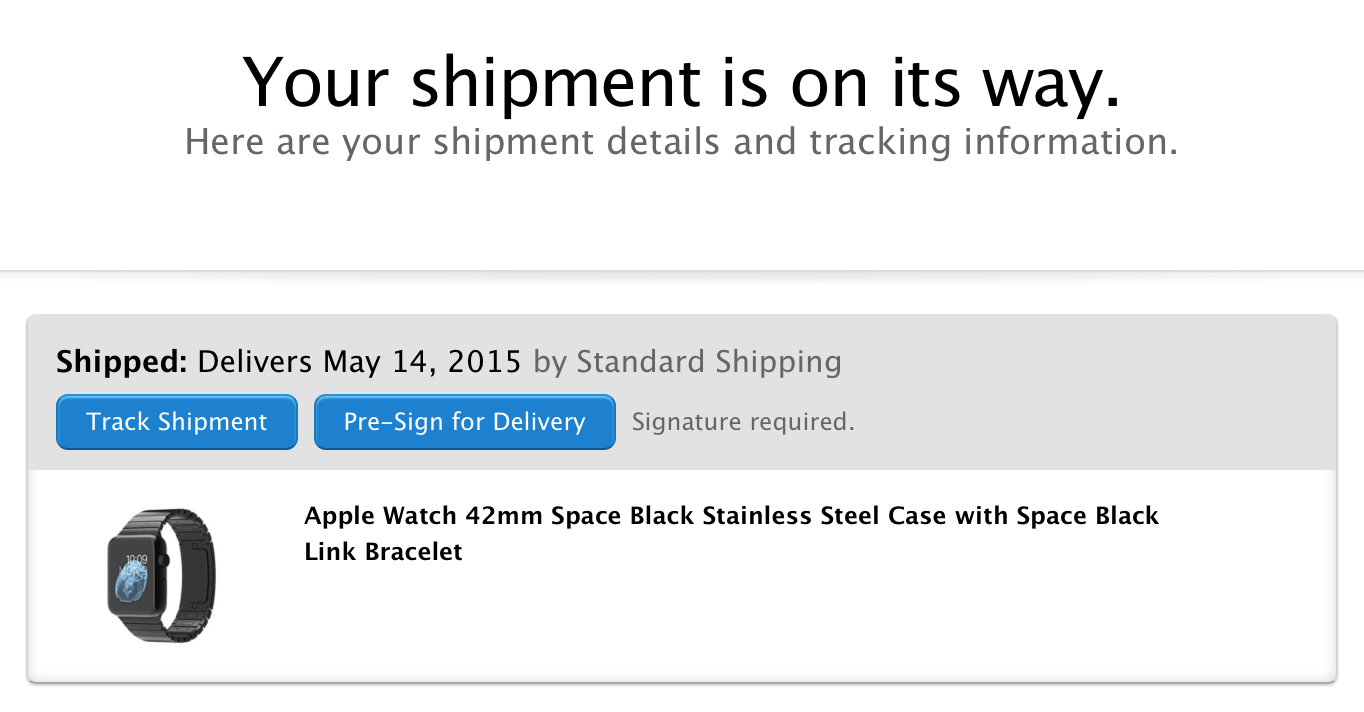